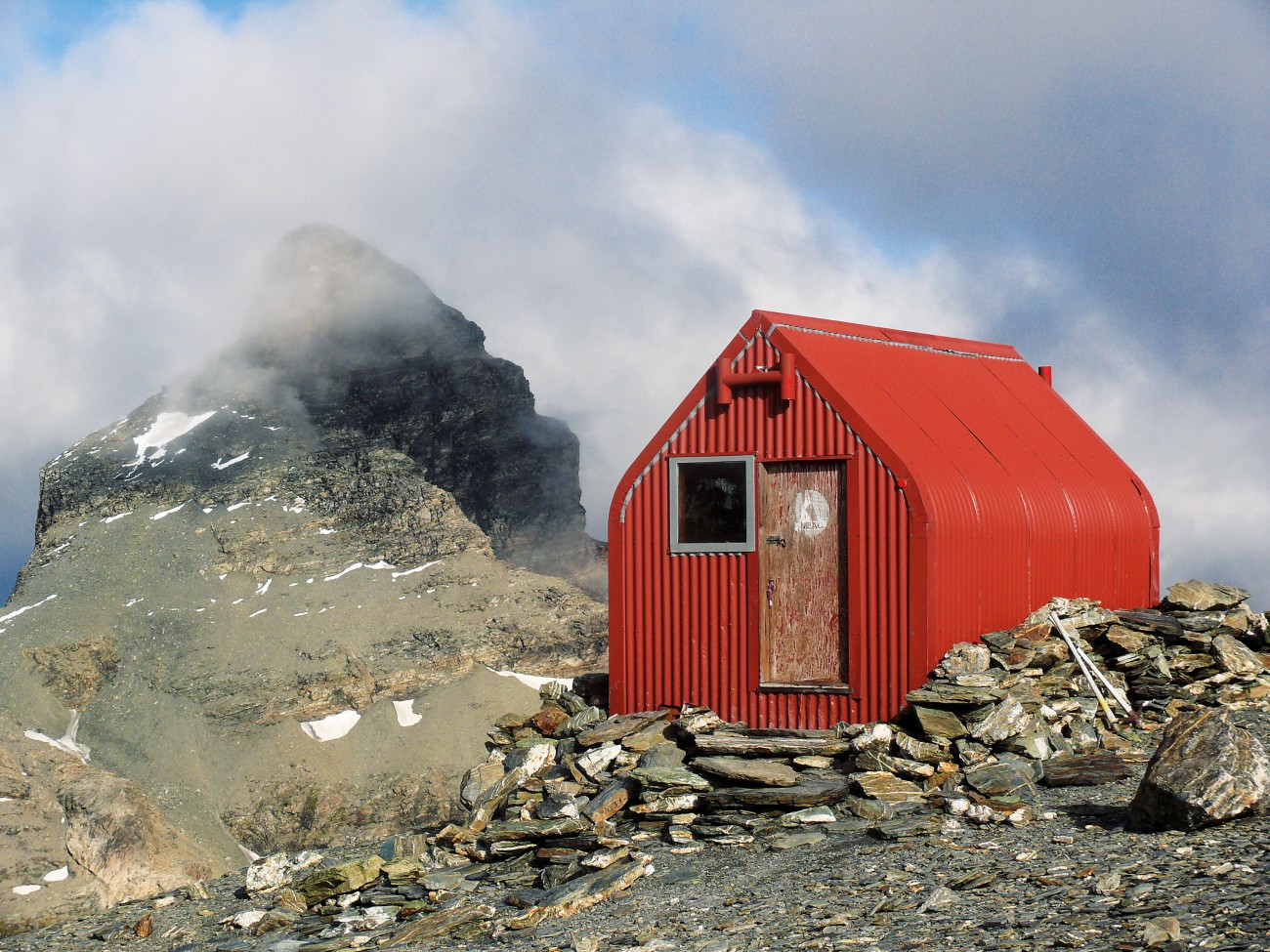 Trampers, mountaineers and explorers alike have sought shelter within the wooden and iron frames of the nationwide network of backcountry huts for nearly 200 years. Shelter from the Storm details the stories behind these remote abodes. Huts were often built from corrugated iron and whatever materials could be scavenged from the site. In Bealey Spur Hut (right), in Arthur’s Pass National Park, beech saplings were felled for framing. Each hut was a feat of ingenuity and energy. Farmers, miners, clubs and government entities were spared the back-breaking burden when materials were air-dropped to sites in the 1940s. In 1951, a team of 16 assembled 109 air-lifted bundles to build the original Esquilant Bivouac, high on Mt Earnslaw. The hut was rebuilt in 1989 (opposite) after climber Darren Hawes, 18, fell from nearby Leary Peak. It was tragedy, too, that decided the site of Tarn Ridge Hut II (top) in Tararua Forest Park. It replaced a leaky older hut built after Carterton hunter Basil Blatchford perished attempting to make the crossing in “atrocious conditions”. A nearby wooden cross still marks his grave, a standing testa­ment to the power of inclement weather and the value of strategically located huts.