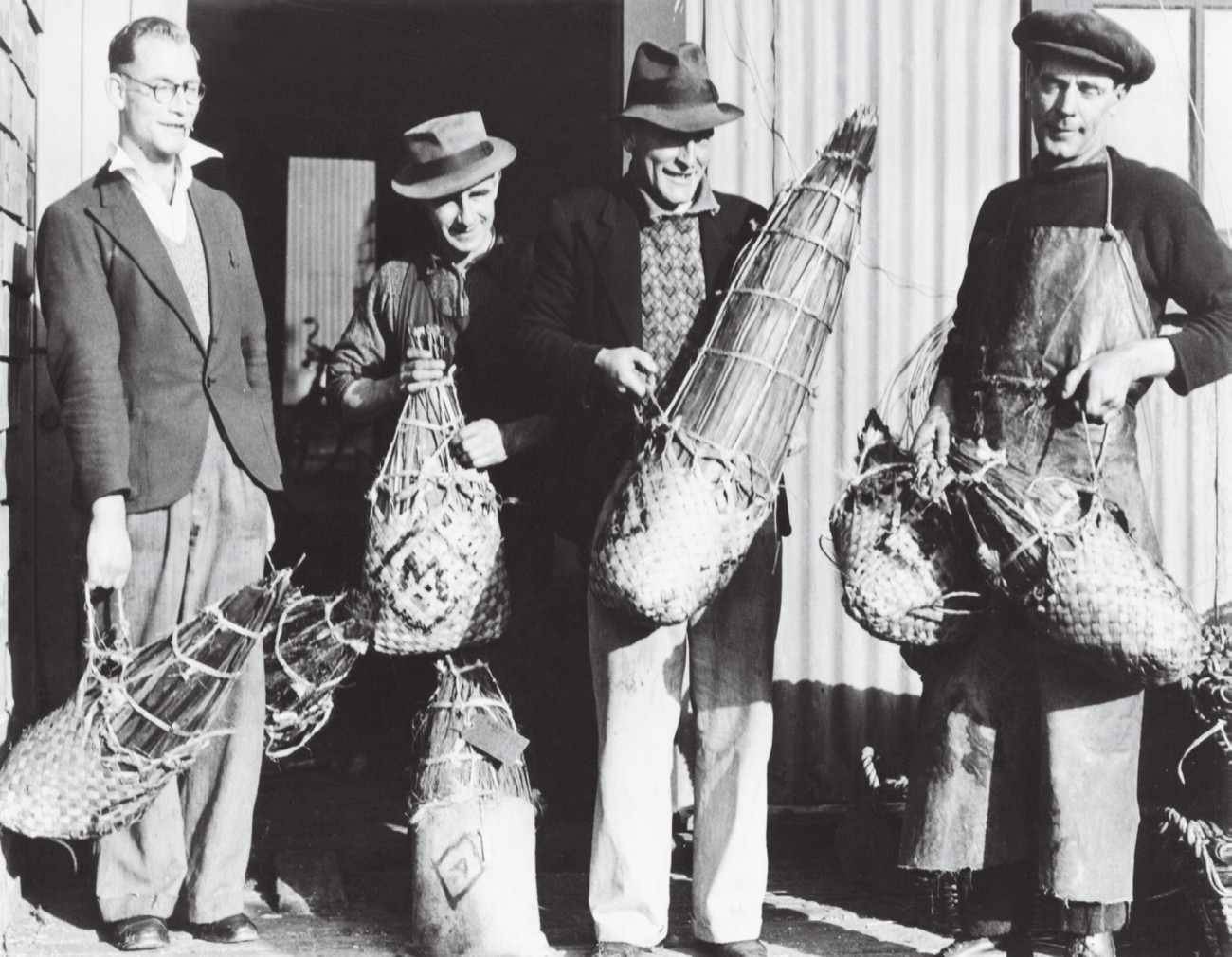 The mutton bird harvest in Foveaux Strait is one of New Zealand’s oldest food-gathering traditions—radiocarbon dat­ing has suggested that the custom began in the area around 600–800 years ago. The annual harvesting of the chicks of the titi (sooty shearwater or) traditionally in­volved two sub-seasons. April was nanao, when chicks were harvested by daylight—pulled out of their nests and killed by a swift bite to the back of their head. May harvesting was called rama and required hunting at night, which was when the chicks would be taking their first tentative steps out of their burrows. It usually involved a club, and dark and cloudy nights reaped the most bountiful results.

A sealer, John Boultbee, described going muttonbirding in 1927 and witnessing his companions skin the birds, remove their bones and roast them before stuffing them in bags made of kelp: “I have eaten of them after they had been 8 months in these bags, and found the meat as fresh as when put in.”

These bags, poha titi, were constructed out of large blad­ders of bull kelp that were then inflated to make a contain­er. After being stuffed with freshly boiled titi covered in the bird’s own fat, the bag was wrapped in totara tree bark and strengthened with sticks or flax, then the base was inserted into a basket of woven flax. Birds preserved this way would last two to three years.

After the arrival of Europeans, the birds were commonly split and packed in salt. Having been fed on the regurgitated oil of pilchards, shrimps, sprats and squid, they are frequent­ly described as fishy-flavoured—which explains why early settlers often regarded muttonbirds as honorary fish. In, a history of New Zealand cooking, au­thor David Veart notes that muttonbird was a difficult staple to anglicise, but the author of made a game effort, recommending that the birds be boiled, minced and seasoned with anchovy essence before preservation.

The customary harvest of titi is today a large-scale com­mercial enterprise for Maori from Rakiura who have the right to take the birds from 36 islands on the east coast of Stew­art Island, collectively known as the Titi Islands. Very little about the tradition has changed over the decades, although the birds are more likely to be stored in 20-litre buckets than hand-made kelp bags.