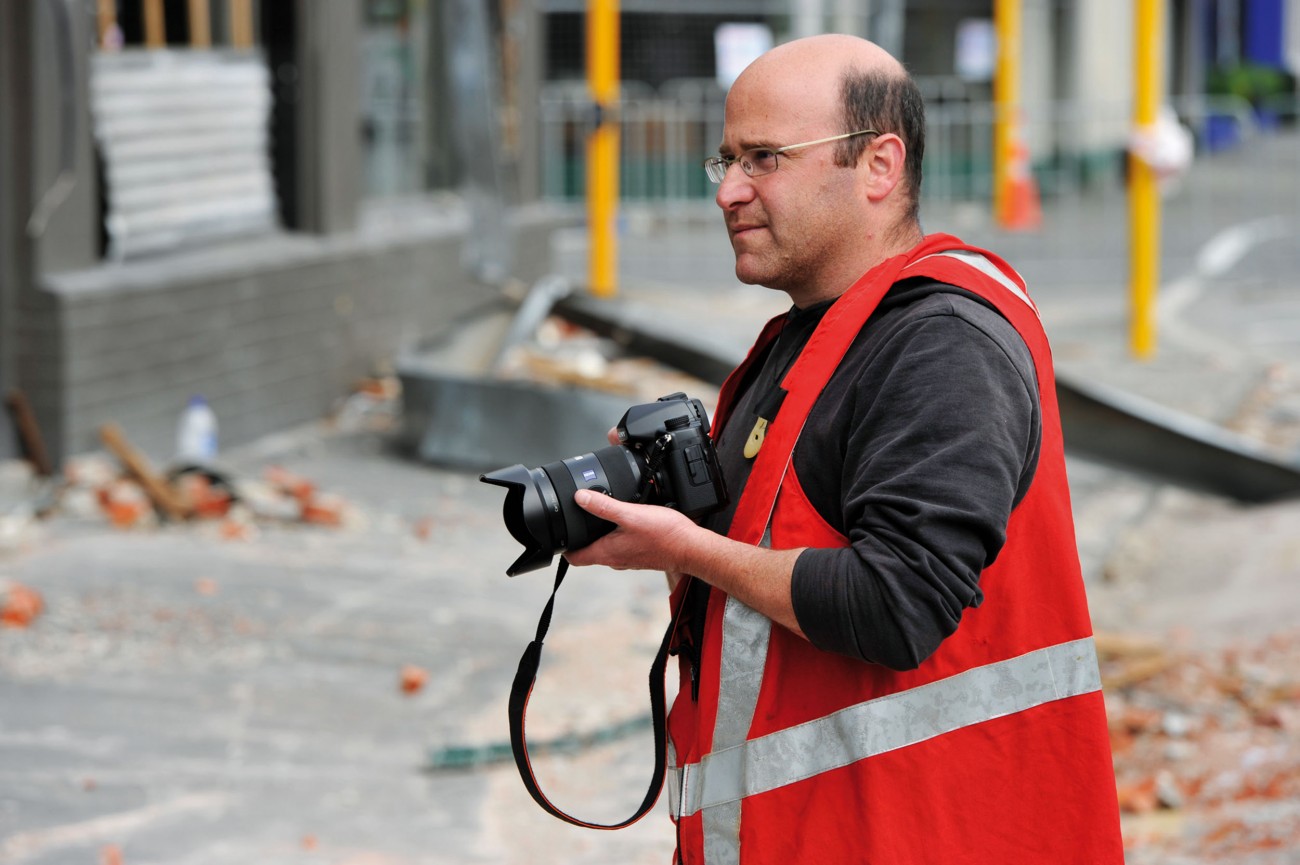 There’s no mistaking Giora Dan when he calls. His enthusiasm overtakes his mouth and words spill out of the receiver a thousand a minute. “Oh God, words just fly out of my brain,” he garbles at the beginning of this interview. Combined with a lilting Israeli accent it usually takes some time to get the gist of his latest project.

But it’s this enthusiasm that he applies to his photographic assignments—from his first for New Zealand Geographic in Tuvalu, to subjects as diverse as moonshine, circus performers, death, firefighters and, in this issue, the Canterbury earthquake and a story on crayfish shot from Milford Sound.

Though the subjects are diverse, they all have a strong social connection; personal stories of individuals drawn together through industry, or calamity.

Giora* immigrated to New Zealand as a mechanic in 1997, chasing a girl. He got the girl (now his wife), but gave away his profession in favour of photography.

“If I was still in Israel I would still be a mechanic,” he says. “But it’s a very supportive environment here in New Zealand, people say ‘Good on you, go get it.’”

Which he did, and his new pursuit has taken him clear across Asia a number of times photographing for the UNESCO World Heritage project and more lately guiding photographic safaris through the Himalaya.

“At one level photography comes down to just exposure and composition,” says Giora. “So you can approach it in a very mathematical and mechanical way.”  But as he’s learned, without that human connection, there’s something missing.

“I still love to see what comes out when I push the button,” he says. “Sometimes you capture emotion, a moment that really says something, and sometimes it’s nothing at all.” Being able to tell the difference is what defines a good photographer.