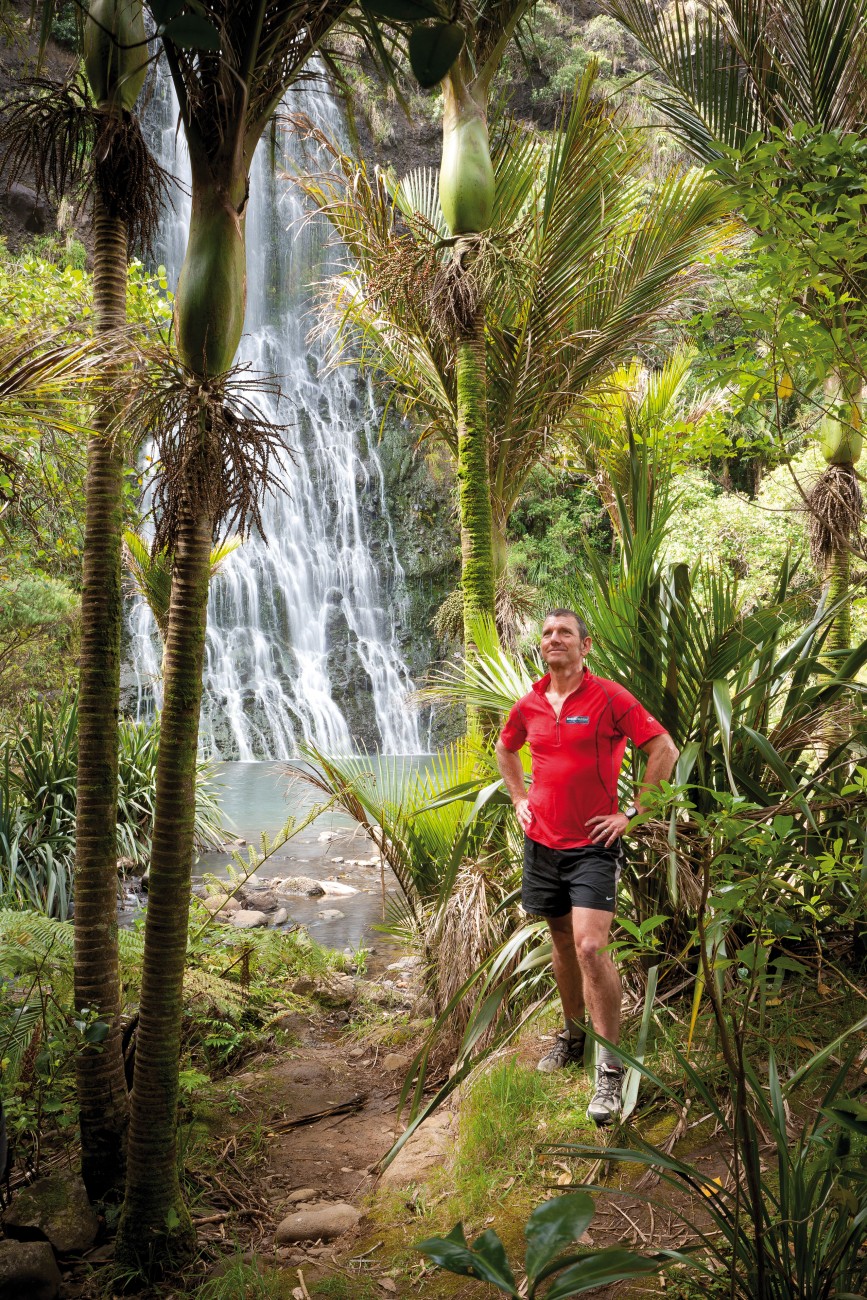 The idea came to Law while he was on a six-day solo tramp in the Kaimanawa and Kaweka Ranges, “recharging the batteries” after a gruelling 30-month stint of long-haul business flights and hotel living.

“I had a lot of time to think about crazy stuff and had just read Fiennes’ account of running seven marathons on seven continents in seven days,” he says. “By the time I finished the tramp the concept was 90 per cent complete.”

Law had obviously skipped the part in Fiennes’ autobiography where the veteran explorer declared that, in retrospect, he shouldn’t have done the fundraiser (it was someone else’s idea), and would under no circumstances consider doing it again.

When Law got home his wife Sally handed him an early Christmas present—a book about the American ultra-marathon runner Dean Karnazes, who chalked up an astonishing 50 marathons in as many days. She had thoughtfully added the note: “FYI only. Don’t get ideas!”

Too late. The damage had been done. What won over Sally, and in time countless others, to what would become the 7in7 Challenge was its greater purpose—raising money for the Leukaemia and Blood Foundation.

For years Law had nursed a dream of commemorating the life of his older brother, Alan, who had succumbed to leukaemia at 13. Using the outdoors as a vehicle to do that seemed fitting. After all, it was experiencing the Nelson Lakes while on a working holiday in the 1980s that had lured Law here in the first place.

“I thought, this is good. I’m not leaving here. And New Zealand has been home ever since.”

Law first tasted the outdoors growing up in Britain, where his father was among the first to climb all 283 Munros—Scottish mountains over 3000 feet (915m), named for Sir Hugh Munro who first listed them.

“My father was a great hill walker and we spent our holidays in Scotland. That was a very romantic time for the sport, catching a steamer to the end of a loch and bivying out at night before the climb,” says Law. “Now Munro bagging has become one of those 21st century obsessions.”

His relationship with the great outdoors has likewise changed over the years.

“When I came to New Zealand it was very much about tramping, then mountainbiking. It evolved into multisport and adventure racing.”

Nor has it been confined to this country. Law has ridden Canada’s TransRockies Mountainbike Race, run several trail marathons in the Sierra Nevada Mountains and even a 100 km race in Mongolia.

Nevertheless, for the scale of its unexpected rewards, the 7in7 Challenge, which in 2009 attracted 16 support runners and raised $85,000, eclipsed all that had gone before.

“I have always been results oriented, so the fundraising and the physical goals were expected, if difficult, rewards. The truly amazing surprise has been the support network—really a community of people here and overseas who have embraced the idea of what I am trying to do.”

Spurred by the success of last year’s event, Law has concocted a new 7in7 Challenge for 2010, this time trail-running with the Southern Lakes as backdrop.

“It is logistically easier, so hopefully I will get more sleep.”

Once more, he says, the support has been outstanding. Some companies and individuals have gifted money, others equipment and services. And so far 125 runners have signed up for a dose of hardship and tears on the trails at Law’s side.

Among them are people with powerful reasons of their own to run: an Alexandra woman who lost her father and his good friend to leukaemia, and who intends running 94 km over two days; a young bloke, whose good friend was diagnosed with cancer, running for the cause at an age, says Law, “when I was only interested in drinking beer and trying in vain to attract women”; an Aucklander in his 50s, running the 55 km Greenstone-Mavora Walkway “to help make a difference in the lives of people affected by cancer”. It turns out that he, too, had recently been diagnosed with cancer.

“My dearest love would be to keep it going somehow, and I’ve got a lot of ideas about what form that could take,” says Law. “But once the Southern Lakes run is over I will definitely need a year away from it.”

For more details on the challenge, which starts on 28 November 2010, visit www.7in7.org.nz. You might even feel the urge to open your wallet.