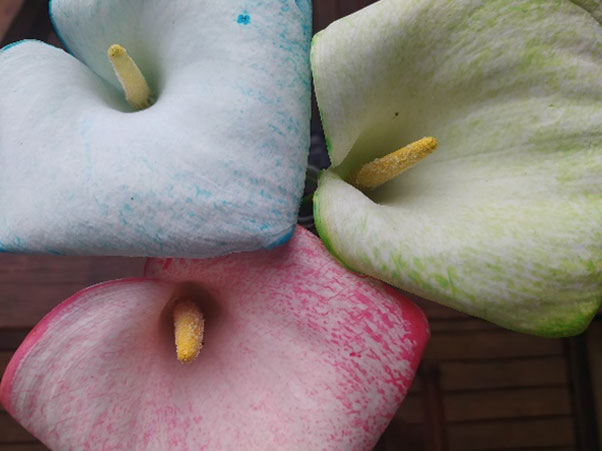 Unlike native species which suffer from an oversupply of nutrients in waterways, koi carp can cope with pollutants like nitrogen. Explore the way living things are affected by water by colouring white flowers with food colouring. 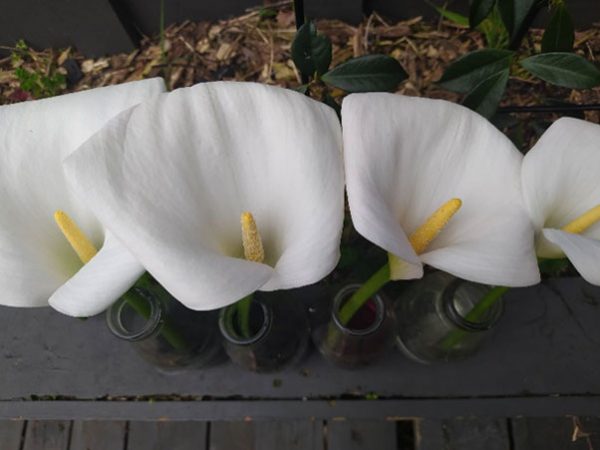 Step One: Find some white flowers – lilies work well as they have very thick stalks. Cut the stems at a right angle and place them in the jar of water. 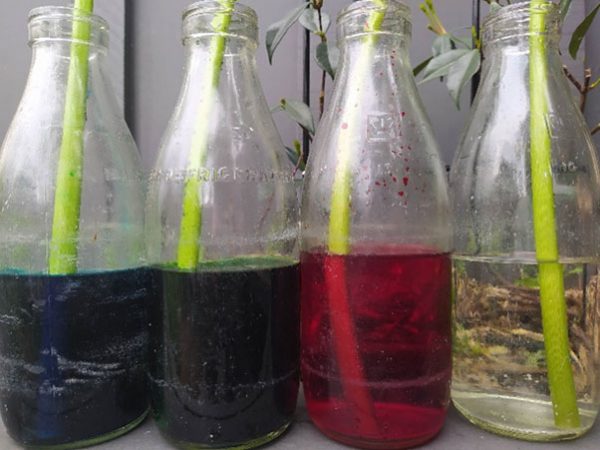 Step Two: Add food colouring to the water. Watch the lilies at regular intervals to see how long it takes for the coloured water to start showing through in the white of the petals. You might see changes after half an hour, depending on the flowers you’re using. 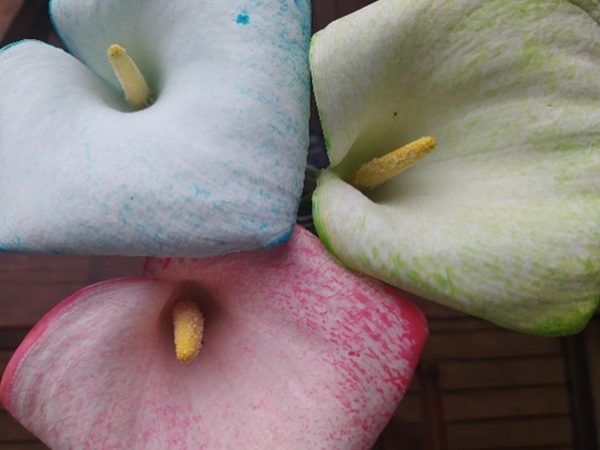 Step Three: After 12 hours, check the flowers again and look at where the petals are most heavily stained. Why might the colour vary in some parts of the petal? How does the colour travel from the water to the petals?

Send us a picture of your colourful flowers!