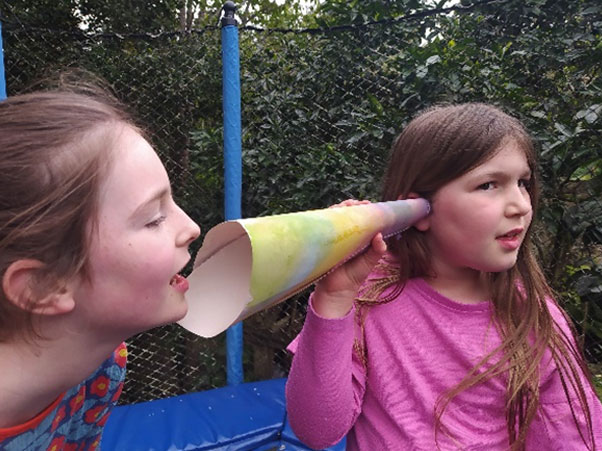 Shaun Barnett had to sit still and listen carefully for around three hours at a time as he searched for kiwi. Sharpen up your listening skills with a home-made ear trumpet!

Before hearing aids were invented, ear trumpets were used to help hearing-impaired people. An ear trumpet collects sound from a larger area than what your own ear funnel does. These are channelled into your ear and concentrated in the small space, making what you hear through the trumpet seem louder. 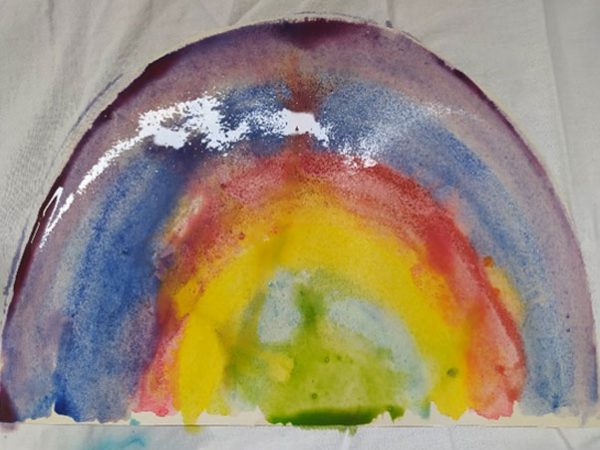 Step One: Draw a semi-circle (half a circle) on a large piece of paper. Cut it out and decorate it with paint or drawings on one side. 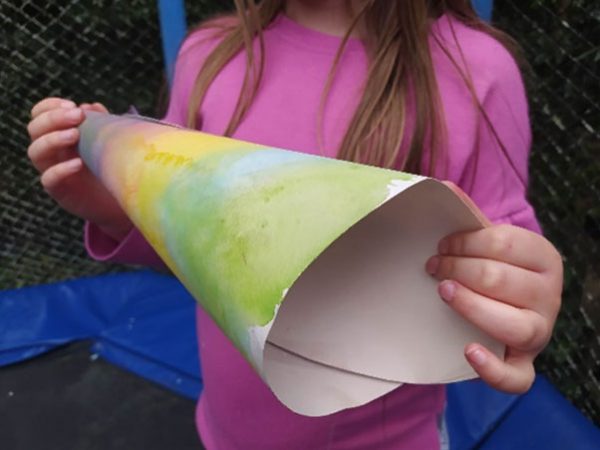 Step Two: Roll the paper into a cone that’s wide at one end and narrow at the other. Both ends should still have an opening. Secure it into place with tape. 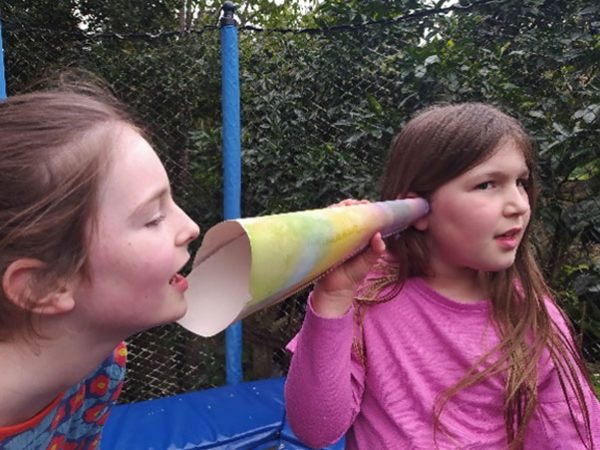 Step Three: Hold the ear trumpet at your ear, with the wide end facing outwards. Get someone to talk into the cone. Does it make their voice sound louder? You can also try holding it the other way around to see if it makes their voice quieter. What happens if you speak into the narrow end?

Send us a picture of your ear trumpet!