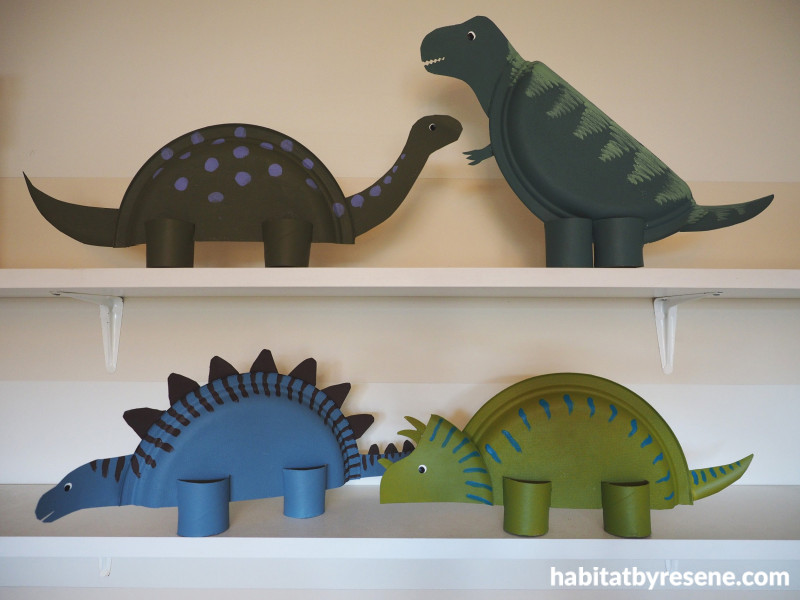 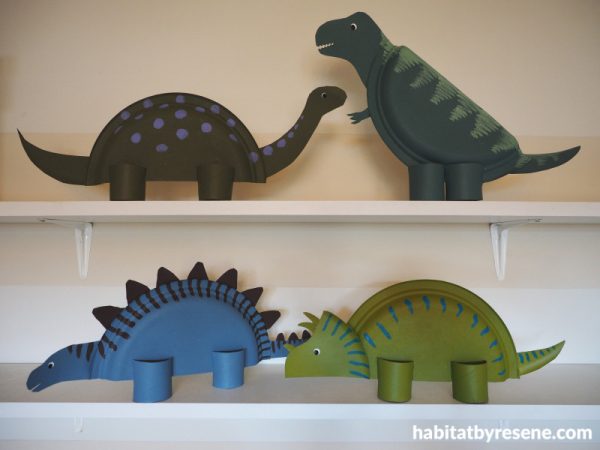 From some paper plates and cardboard rolls, create these adorable dinosaurs – a perfect addition to the bookshelf of a dinosaur-lover.

Step One: Use scissors to cut two of the paper plates in half. 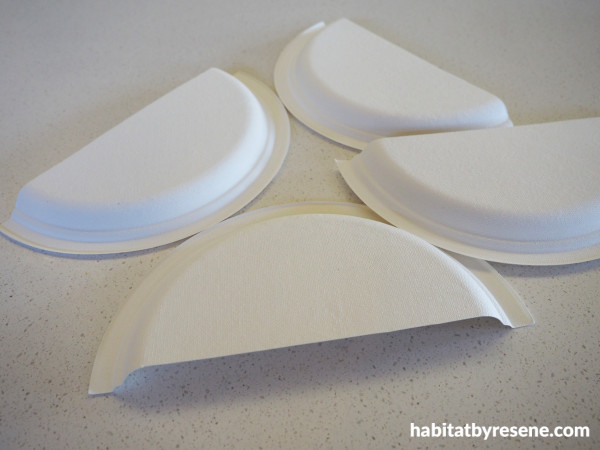 Step Two: Use the third plate to cut out shapes for the dinosaur’s head and tail. If you don’t have a third plate you can use scrap cardboard, such as an old cereal box. 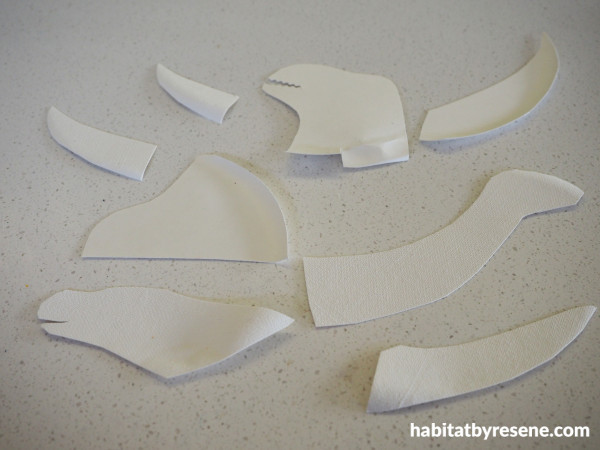 Step Three: Attach the head and tail to the body with a hot glue gun and paint the dinosaur. 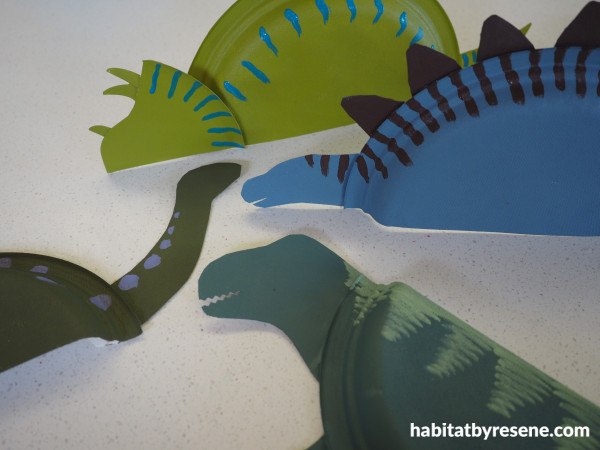 Step Four: Paint the dinosaur’s eyes – you can use the end of your paint brush for making small spots like eyes. 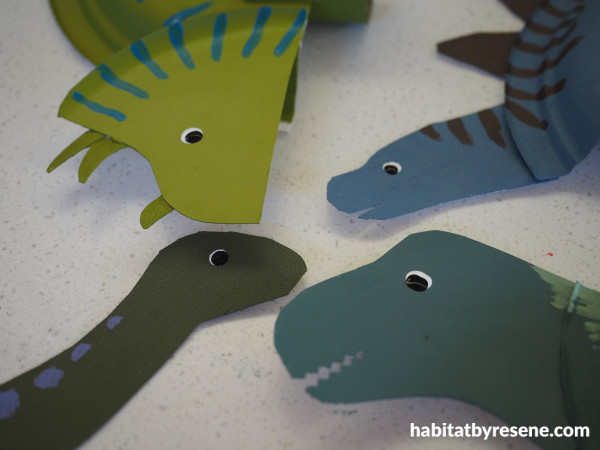 Step Five: Cut your cylindrical cardboard rolls into quarters. Cut two slits halfway down on opposite sides of each piece. 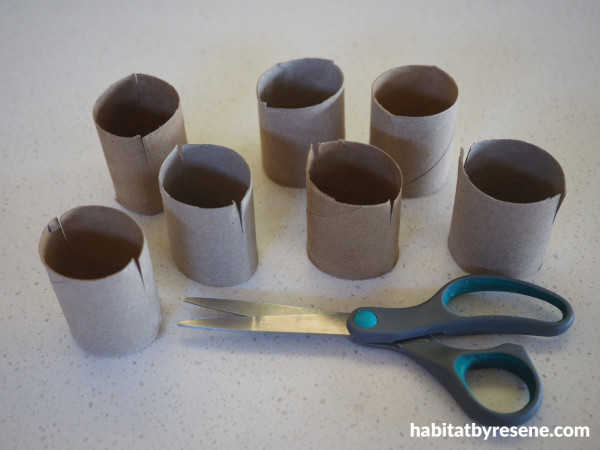 Step Six: Paint these. Once dry, push the dinosaur bodies into the slits of the cardboard tube legs. You can secure them with hot glue if need be. 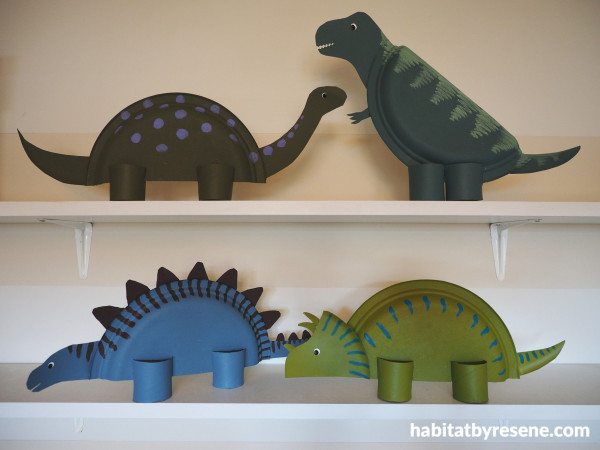 Step Seven: Enjoy your dinosaur creations! Send us a picture of your paper plate dinosaurs!