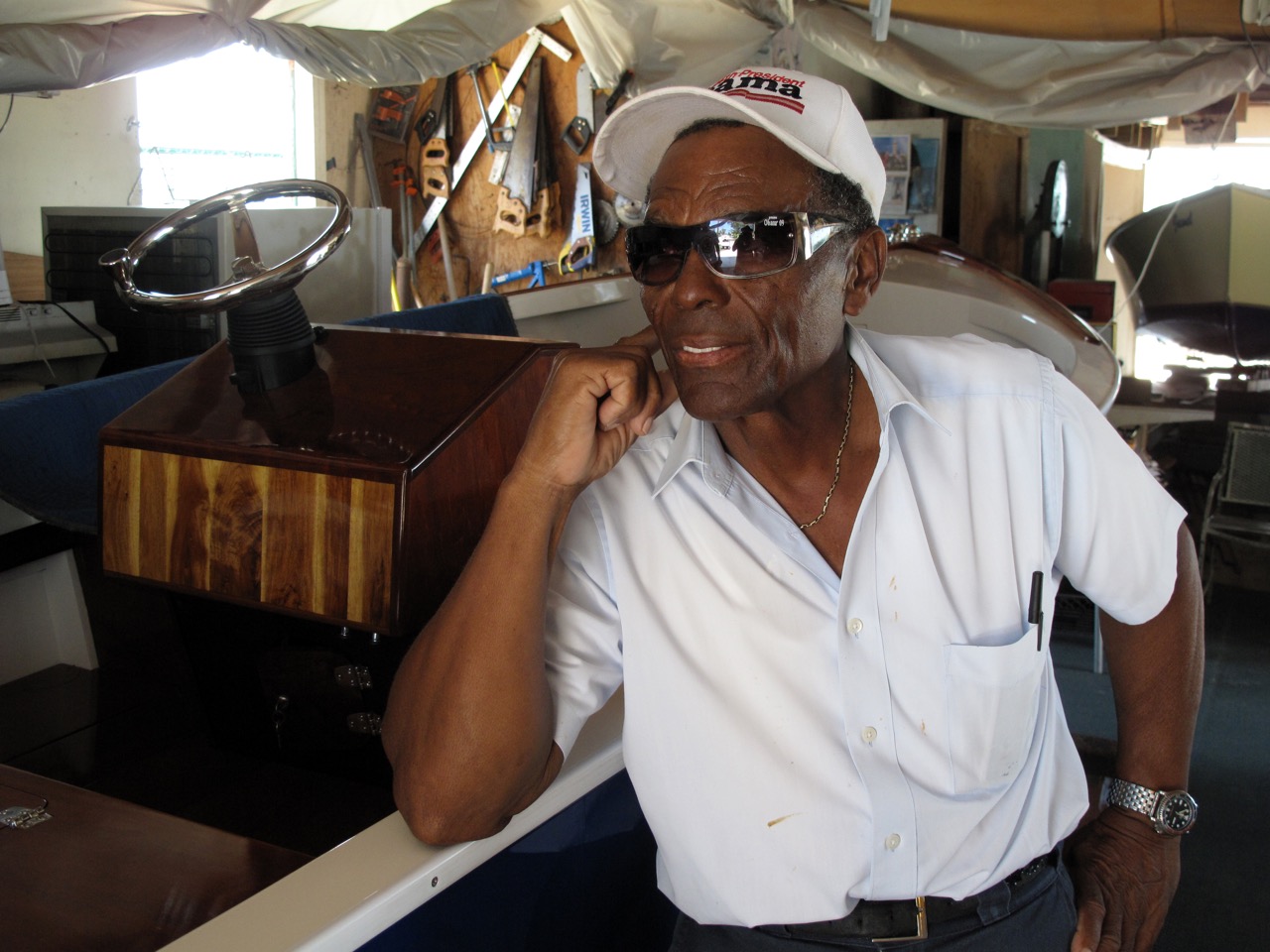 This weekend, President Obama will be in Selma, Alabama, to mark the 50th anniversary of another Bloody Sunday, when state troopers, many on horseback, attacked a crowd of civil rights marchers who had just crossed the Alabama River—events featured in the recent film “Selma.”

Media coverage of the brutality meted out to marchers in 1965 was a significant factor in shifting public opinion in favour of black civil rights, and led to the passing of the Voting Rights Act, a landmark in the long civil rights struggle in the United States.

Central, of course, to these events was the figure of Martin Luther King Jr—although he was not actually present at the March 7 protest. King led a second march across Selma’s Edmund Pettus Bridge on March 9, and a third march from Selma to Alabama’s capital, Montgomery, two weeks after that.

For me, this period in US history gained special pertinence when I met a boatbuilder in the Bahamas island of Bimini in 2009. I was doing field research for a book on mangroves, and had heard that Ansil Saunders, a fishing guide and builder of sleek, sporty speedboats, would be worth talking to about Bimini’s mangrove forests, at that time (and still) threatened by resort development. I visited him in his boatshed, and he told me how, in the old days, Bimini fishermen tied their skiffs in the mangroves when a hurricane approached.

Those trees “save our boats, they save our houses, they save our land, and even when the water floods them they still do their job,” he said. “They go underwater and come up green as grass.”

Then this old boatbuilder—his skin the colour of the Bahamas mahogany he used in his boats—told me something unexpected about Bimini’s mangroves. On two occasions he had taken Martin Luther King Jr. into the mangroves to think and to write.

Here’s how I reported that conversation in my book Let Them Eat Shrimp:

The first occasion was a joyous one. It was 1964, and King was working on his acceptance speech for the Nobel Peace Prize. Saunders took him to a shallow lagoon near a fishing spot called Bonefish Hole. There’s a point in King’s speech where he says, “I refuse to accept the idea that man is mere flotsam and jetsam in the river of life, unable to influence the unfolding events which surround him.” I wonder if that thought came to him while he sat in Saunders’s skiff in the mangroves.

Four years later, a very different King asked Saunders to take him back to that spot. He needed to gather his thoughts for a speech he was to deliver to striking sanitation workers in Memphis. “He looked tormented,” Saunders tells me. “He knew the FBI was after him. He’d been told if he came back to the South he’d be killed. He’d been told that many times, but this time it got to him. You could see death in his face. He had often said he would never make forty years old. He was thirty-nine when he wrote that speech. He included his eulogy at the end of the speech, knowing he was going to die.”

Saunders speaks the words of the eulogy—or at least a paraphrase of it—as if he were the one delivering it: “‘On that day, don’t say that I have a Nobel Peace Prize—that isn’t important. Don’t say that I have 300 or 400 other awards. I’d like someone to mention that day that Martin Luther King Jr. tried to give his life serving others. Say that I tried to feed the hungry, clothe the naked, visit those who were in prison. Say that I tried to love and serve humanity.’ King wrote those words in my boat in the mangroves, and three days later he was shot.”

Saunders was wearing an Obama ’08 baseball cap. I was glad this 76-year-old Biminite had lived to see an event—the election of a black president—that was unimaginable in King’s time, but which powerfully fulfilled the great humanitarian’s dream.

At the conclusion of the final Selma march, on March 25, 1965, King delivered his famous “How long?” speech. “How long,” he asked, “will prejudice blind the visions of men. . . ? When will wounded justice . . . be lifted from this dust of shame to reign supreme among the children of men?”

Then he uttered a phrase that has rung down through the decades, and given hope to multitudes: “How long? Not long, because the arc of the moral universe is long, but it bends toward justice.”