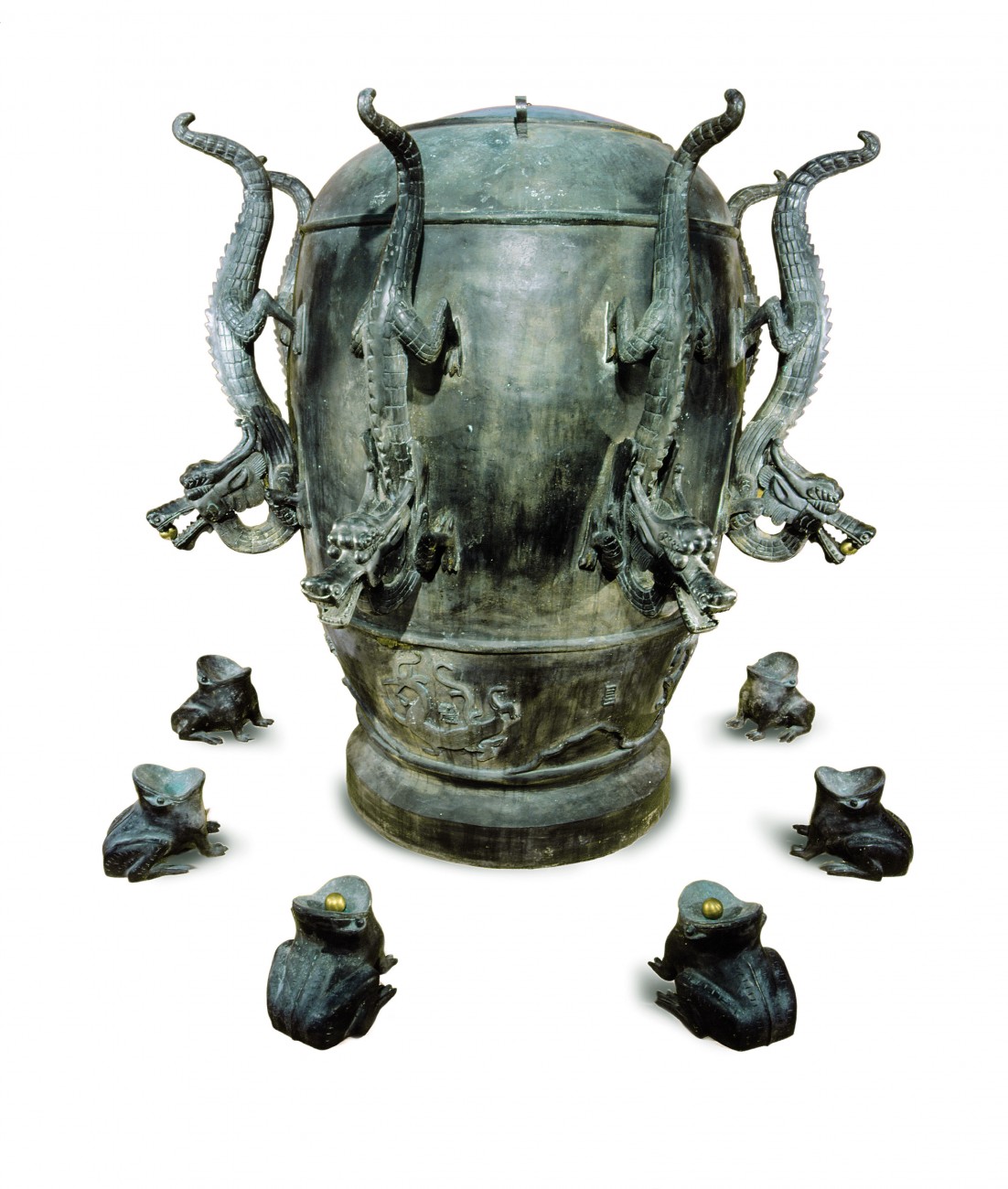 On 15 August 2012, the South China Morning Post ran the headline, “Frog invasion spawns fears of earthquake”. Tens of thousands of frogs had amassed in Dunkou, “packed so densely that it’s easy for people to stamp on them”, one woman told the Wuhan Evening News. Many residents were concerned that the frogs were an omen for an immi­nent earthquake. The fear wasn’t unfounded, as two days before the deadly 2008 Wenchuan earthquake in Sichuan Province, thousands of frogs had been seen on the roads. Or it may have been an older augury; the first seismograph was invented in China more than 1800 years ago, and incorporated toads in its design.

In 134AD, a Chinese astronomer and math­ematician of the Eastern Han dynasty, Zhang Heng, developed a device for recording the ground waves produced by earthquakes. It consisted of a pendulum mechanism housed in a vase-like body adorned with eight dragons, each holding a brass ball in its mouth. Eight toads surrounded the vase at its base, with their open mouths facing a corresponding dragon.

While Zhang Heng’s device did not predict the intensity or range of an earthquake, it could show the path of the seismic waves and therefore the direction of the source of the quake. The instru­ment worked by drawing on the principles of inertia. When seismic waves from an earthquake move the ground, the pendulum inside the device moves and contacts a rod corresponding to a dragon in the path of its sway. The impact on the rod opens the jaws of the dragon, and a brass ball topples out and into the open mouth of the toad directly below it. Accordingly, the ball in the toad’s mouth indicates the direction of the seismic waves, and the source of the earthquake.

The Zhang Heng device featured in studies leading to the development of modern seismo­graphs, and a half-size bronze replica of the original instrument is displayed at Te Papa, gifted to the people of Wellington by the People’s Government of Beijing Municipality.