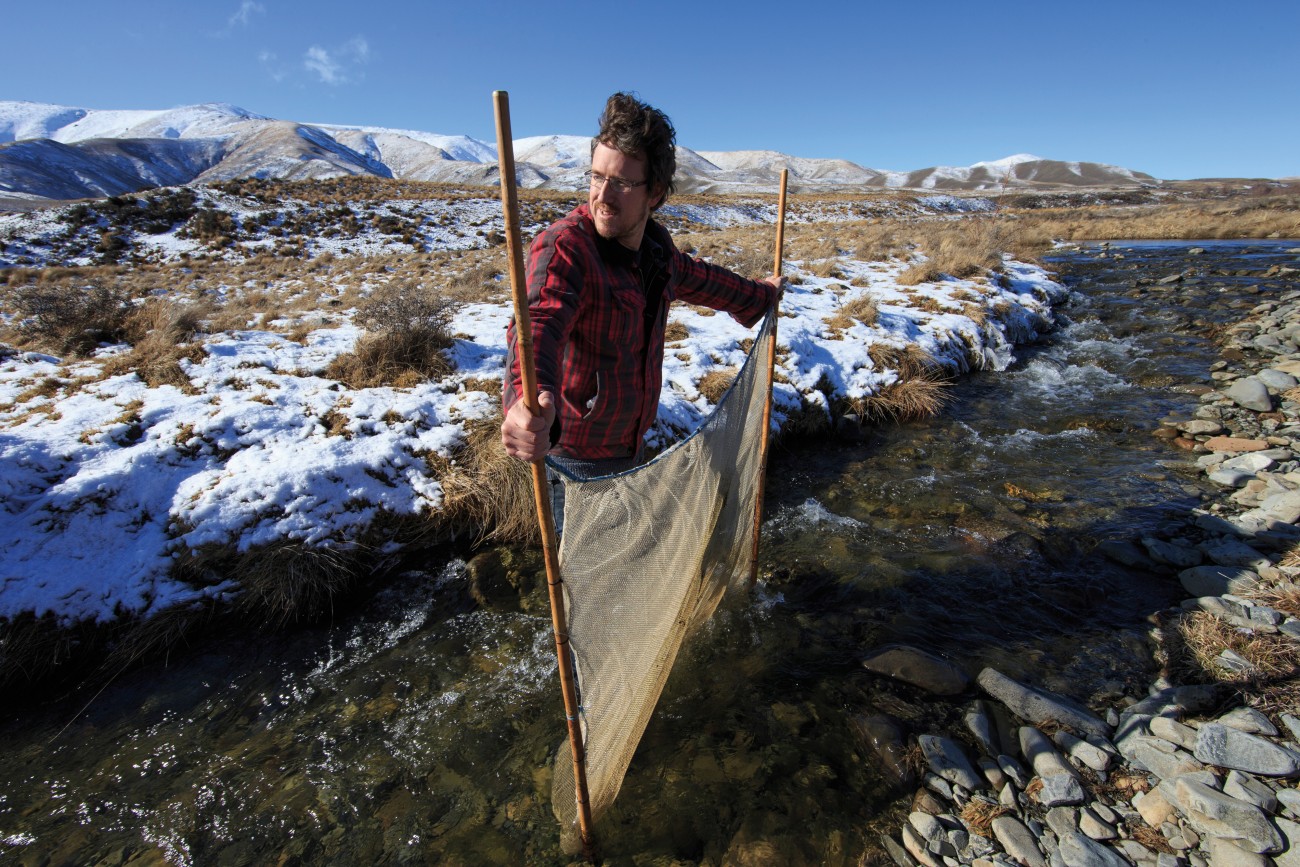 Bill Morris grew up on a farm in the headwaters of the Rakaia Valley, the son of a farmer and bush poet. As a result, he became interested in writing at a young age, and the sometimes-fraught relationship between people and the land.

Later, he worked as a commercial diver around the coast of Stewart Island, trying to eradicate the invasive seaweed Undaria. The team had been tearing up the fast-growing weed by its roots for four years already, and Morris worked in the frigid waters for a year before DOC ultimately pulled the project—Undaria had got away on them, and their work had become futile.

He crossed Foveaux Strait and began a career in journalism, first with the Southland Times, later as a freelance writer and television director at Natural History New Zealand, where he still works.

His first feature for New Zealand Geographic was on country music, his second on 60-million-year-old whales. In this issue he writes about the tiny fresh-water fish, kōkopu. Variety is the spice of Morris’ life.

“I didn’t really know anything about native fish before writing the story, but found this entire subculture of conservationists, scientists and impassioned people—almost a secret society—that exists around these little fish,” he says. “Most of the species are endemic to New Zealand and we know

so little about them, people are fascinated by that, and the prospect that there may still be new species to be found.”

This month, he was browsing produce at the Dunedin farmers’ market when he came across one of his dive buddies from his days combat- ting Undaria. To Morris’ alarm, his mate was selling Undaria, which also happens to be the raw ingredient wakame, the seaweed used in Japanese cuisine. He bought some.

“It raises some interesting philosophical questions,” says Morris. “How much energy and effort do you pour into protecting indigenous ecosystems, when nature is a thing that’s in constant flux? All conservation is artificial, in a way, so where do you draw the line?

“In New Zealand we have a very black and white view of conservation, of trying to return to a Garden of Eden state, but we live in a modified landscape, and we need to find a balance between existing here and using the country’s resources without compromising what makes it unique. We’ve got a long way to go in terms of finding that balance. It’s something we’ve been searching for since the first Polynesian set foot here, and that influences not just our environment but our identity as a people.”