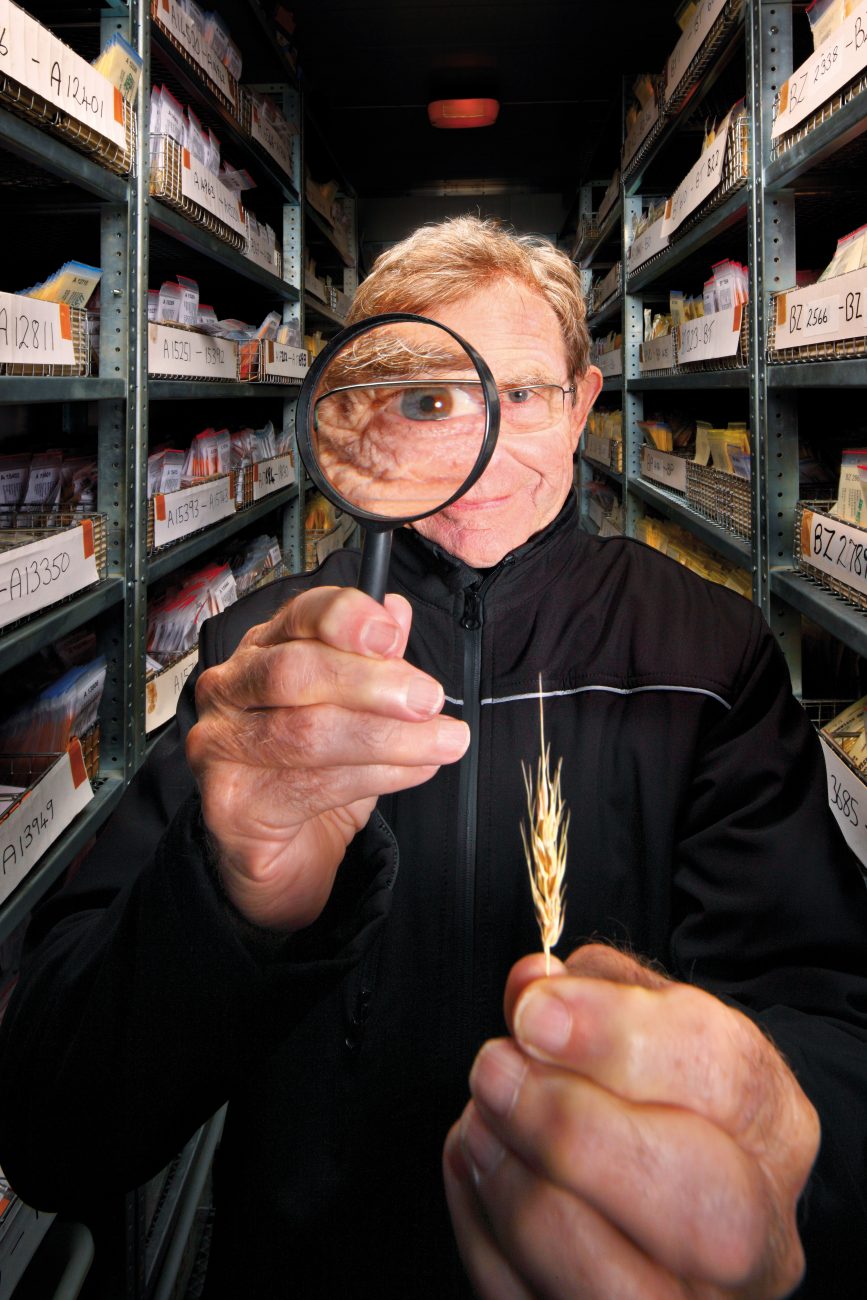 Tiny white flowers, their bulbous heads just the width of a thumb, sprout in leafy clumps in a grass pasture. These small plants, found among other grasses that cover nearly half the country, have an enormous influence on New Zealand’s agricultural industry.

“All of our agriculture, which means much of our economy, is based on plants,” says Warren Williams, plant breeder and seed curator at AgResearch’s Margot Forde Forage Germplasm Centre in Manawatu.

Williams is working to increase the yield of green matter and the drought tolerance of New Zealand’s pasture species. He’s been working primarily with white clover (Trifolium repens) for more than 50 years, which, next to ryegrass, is the most important pasture species in New Zealand agriculture.

Williams grew up in Palmerston North “surrounded by grass”, and by the age of 15 he was set on pursuing a career in biology. A year later, he began working at the Department of Scientific and Industrial Research, testing pasture types, fertilisers, stocking rates and fencing practices—refining what had become recognised as the New Zealand system of agriculture. The Grasslands Research Centre of AgResearch emerged from the department in 1992, becoming a world-leading research centre located near Massey University, where Williams also teaches courses in plant breeding.

Williams is responsible for managing the national seedbank of pasture and grasslands plants, which holds seeds from some 100 countries representing 1800 species. The 65,000 seed samples are stored in labelled, palm-sized, ziplock packets in a humidity-controlled, chilled storeroom.

Discovery of new wild forms of the primary pasture grasses or new closely related species adds promising genetic diversity to produce more feed per hectare or improve the resilience and drought tolerance of existing varieties—crucial characteristics for agriculture in a warming world. To this end, Williams has travelled to Turkey, Spain, Portugal, France and the United States to retrieve new specimens of clovers and grasses for the seedbank.

Some of the retrieved seeds have become part of seed company breeding programmes, resulting in cultivars that can be used on New Zealand farms within years, while the remainder is stored as an ‘insurance policy’ for the future.

On the wall of the greenhouse where Williams and his team work is a map of genetic distances of more than 200 species of clover, a branched diagram which illustrates the differences between clover species and how they are related to a common ancestor. The research, conducted by the team over 10 years, re-wrote the previous understanding of clover taxonomy. It was shown that white clover evolved in Europe following a natural cross between two other clover species, perhaps millions of years ago, says Williams.

“It was exciting, rather than surprising, to discover that the ancestral species and several other close relatives still exist in the wild in Europe and North Africa. From a scientist’s point of view, the research helped us work out how the species varies. But more importantly, it gave us clues as to where to go to find other species with traits that can be used to improve white clover.”

By identifying the genetic cousins of white clover, Williams and his team are now able to breed using wide hybridisation, where genetically related but divergent plants are cross-bred to express favourable genes.

“It’s a matter of accumulating good genes, and getting rid of bad genes. It sounds reasonably straightforward when you’re talking just about yield, but they also have to be free of disease and highly nutritious. When you put all those together, the genetics become very complicated.”

The New Zealand white clover is being crossed with 10–12 other species, with preliminary results demonstrating better drought resistance. The economic potential of a high-yielding, drought-tolerant white clover would be dramatic, says Williams.

“You’ve got a $14 billion industry, so even a small increase could be hugely significant.”

The agricultural industry is also dependent on ryegrass, a nutritious tufted grass introduced to New Zealand in the late 1800s. “None of our native grasses are even close to the performance of ryegrass,” says Williams. “Our native flora and fauna can’t support many people at all. If there were only native plants here, there would be 100,000 people.

“Our agricultural economy is based on plants and animals that come from other countries. It’s a beautiful dilemma, and is something that New Zealand has to deal with—this balance between the very important native biodiversity and ecosystems that make us what we are, versus the introduced biodiversity that feeds us and allows us to be here at all.”