As this is written my watch, a device smaller than many a postage stamp and as cheap as any but the cheapest restaurant meal, is slicing the passing time into 0.01-second wafers. This, its main but not only function, it does with far more accuracy than any of its mechanical forebears, for it gains but a second per day despite the varying forms of abuse I subject it to.

Forty years ago the prince of mechanical timepieces was the ship’s chronometer, in particular the instruments used by the Royal Navy, which were cosseted by the Astronomer Royal at Hertmonceux Castle. Cushioned (literally), and hedged by a host of instructions and regula­tions as to their care and maintenance, they were guarded by the navigating officer with his life. Indeed, all mariners’ lives hung upon the accuracy of time measurements, for they were the key to determining longitude—how far east or west from the meridian of Greenwich a vessel was.

It was for lack of a means of keeping time that Dirk Hartog’s ship Eendracht, heading east from the Cape of Good Hope, literally bumped into an island off the west coast of Australia on October 25, 1616. This was a mistake to be made by many others with fatal consequences, the most infamous being the wreck of the Batavia in 1629, in which deaths during the foundering on Houtman Abrolhos, off Geraldton, were almost equalled by those following a mutiny amongst the survivors while their captain, Francois Pelsaert, was away in one of the ship’s boats seeking help.

It was not until 1761 that John Harrison’s No.4 chronometer aboard H.M.S. Deptford, on a voyage to the West Indies, demon­strated that the problem of running a timepiece under varying accelerations—experienced by a ship in any sort of sea—could be solved with the use of a balance wheel and escape­ment mechanism. The pendulum clocks in use previously were hopeless on heaving ships.

But not only must such a clock work, but it must work within quite tight limits of accuracy, for at the equator an error of 1 second in time is equiva­lent to a quarter of a mile error in position east or west. Thus a chronometer running 6 seconds fast or slow per day (the upper limit allowed for naval chronometers even as late as the 1950s) could after a month yield an error in position of nearly 40 miles!

Sighting land of known longitude could be used to accurately set a ship’s chronometer, but many eighteenth and early nineteenth century voy­ages entailed months at sea out of sight of land. In the early 1800s a passage of less than 100 days from England to New Zealand was considered fast. The last land sighted could be the Canary Islands early in the passage, for a prudent master would pass well south of the Cape of Good Hope and Australia. Not until the invention of wireless and the broad­casting of time signals was this worry of unknown chronometer error laid to rest.

On shore, matters stood quite differently, for ever since the invention of pendulum clocks their performance had been checked against the Sun—the ultimate governor of time. It is likely that the subdivision of the day into some sort of “hours” antedated the invention of writing. Certainly by 1500 B.C. the Egyptians were constructing sundials which showed divisions of the fore- and afternoon, and the classical Greeks so well understood the Sun’s apparent movement across the sky that they invented a wide range of sundial designs. These varied from types where a rod cast a shadow on to a horizontal surface, to sculpted shapes where the edge of a hole or dish cast its shadow on to an interior scribed with hour lines.

In fact, anything that casts a shadow can be used to tell the time, and if your maths is a bit rickety all you have to do is to mark where the shadow falls each daylight hour of the year. This can be a tedious business, especially in moist climates, and it might take several seasons to complete the calibra­tion—which is probably why the first known sundials are from Egypt, not Ireland.

Because the axis of rotation of the Earth is, on the scale of a human lifetime, constant, i.e. virtually fixed in space, the geometry of the most basic form of sundial is quite simple. A rod, known as a gnomon, set up at right angles to a flat plate and the assembly then tilted so that the rod is parallel to the axis of rotation of the Earth (and the plate then necessarily parallel to the equator) forms what is termed an equatorial sundial. The shadow of the rod will move through 15° each hour, and so the scribing of time lines on the plate is a simple matter of using a protractor (see diagram).

The disadvantage of this type of sundial is that the shadow is cast on its upper surface only during the summer months when the Sun is south of the celestial equator and thus above the plane of the plate. In winter, the Sun will shine on the under­side of the plate, so it must be mounted at a convenient eye height unless one is to grovel on the ground to read the time. More familiar, but trickier to make, is the horizontal sundial, in which the baseplate is horizontal and the gno­mon rises from it at an angle. This angle is the latitude at which the sundial is situated, and the gnomon always points to the elevated celestial pole (the South Celestial Pole for us). Inscribing time divisions on the base is more difficult, since what is needed is the accurate horizontal projection of the lines from the tilted base of the equatorial sundial—their angular size varies as they depart from the noon or meridian line.

The time shown by these or any other type of sundial is apparent local solar time, the time as registered by the Sun at that particular longitude. For anyone east of that position, it will be “slow,” and to the west “fast.” For centuries, such variation mattered not a jot, as every town kept its own local time and checked its mechanical clocks against the local solar time. Thus in England the good people of Plymouth acknowledged 12 o’clock noon about 16.5 minutes after the residents of Greenwich had. Travel was so slow and the timepieces of the day so inaccurate that a day’s journey seldom involved an adjustment of the fob watch much greater than its own daily error.

With the coming of the railway and national timetables (however seldom observed), a national time system was needed. Thus civil time was instituted, which, at an international confer­ence in 1884, was ex­tended to establish 24 international time zones around the world. Within each zone, a common civil time is used, regardless of exact longitude. New Zealand Standard Time is 12 hours ahead of Universal Time, formerly known as Greenwich Mean Time, although we are on average, by the Sun, only 11 hours and 33 minutes “fast” on Greenwich.

If a sundial is to read civil time an adjustment must be made to allow for its eastward or westward displacement in longitude from that of the meridian of the civil time zone. Thus an Aucklander such as myself, living at longitude 174° 47.9′ E, must set his dial 20 m 48 s fast to make it correspond with civil time.

With the equatorial sundial this is easily done by rotating the dial plate, for all the time divisions are based on an even apparent solar motion of 15° per hour. In the case of the various forms of both horizontal and vertical dials, this correc­tion must be calculated and incorporated in the scribing of the time divisions, since the angles vary as mentioned above. (To work out the adjust­ment for your latitude, simply add four min­utes—or part thereof—for every degree of latitude west of 180°.)

Now if the orbit of the Earth about the Sun were a perfect circle, then our rotation would see the Sun appear to move 15° across the sky each hour, month in, month out. Thus the sundial, having been corrected for geo­graphical position, would agree with civil time. But the orbit of the Earth is actually an ellipse, the planet varying in distance from the Sun. As the Earth passes closest to the Sun (perihelion) in January, it moves faster—and the solar day is longer—than at aphelion in July, when the Sun is most distant. As the year progresses the dial will be found to be sometimes fast and sometimes slow on civil time by as much as 14 minutes, and this is a measure of the Earth’s actual, varying speed around its orbit.

Earth’s variable speed means that our civil days of a uniform length of 24 hours do not exactly match the apparent day, which is the period between two successive passages of the Sun across the meridian.

Because the Earth is orbiting the Sun as well as rotating, not only must it do one full rotation to bring the Sun back towards the meridian, but also a trifle more. In the approximately 24 hours taken for the Earth to rotate, its travel through space will have moved the Sun westward across the sky by nearly one degree (four minutes), and so Earth has to rotate that fraction further to bring the Sun on to the merid­ian.

The civil day is in fact the average of the 365 complete apparent days which make up an ordinary year, and its duration lies between the extreme values for an apparent day. This difference between mean solar time and apparent solar time is known as the equation of time, and may be plotted as a graph or table of corrections for each day of the year (see graph at left).

The type of sundial most usually seen, either in gardens or public parks, is a rather crude instrument, made more for ornament than accu­racy. Typically, the hour is subdivided into no more than quarters, so it may seem that we are going to a great deal of trouble for a very approxi­mate result. However, with care and skill it is possible to construct a simple sundial that can be read to the nearest thirty seconds—which is more accurate than many a watch. The trick is not size (for since the Sun is not a point source, the further we throw its shadow the fuzzier its edge becomes), but the accuracy with which the dial plate is engraved and the whole assembly aligned.

But don’t discard your watch just yet—it may still come in handy at night and on the odd cloudy day! 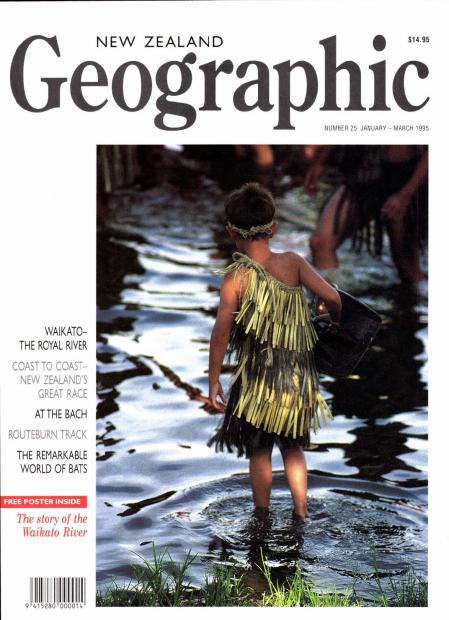