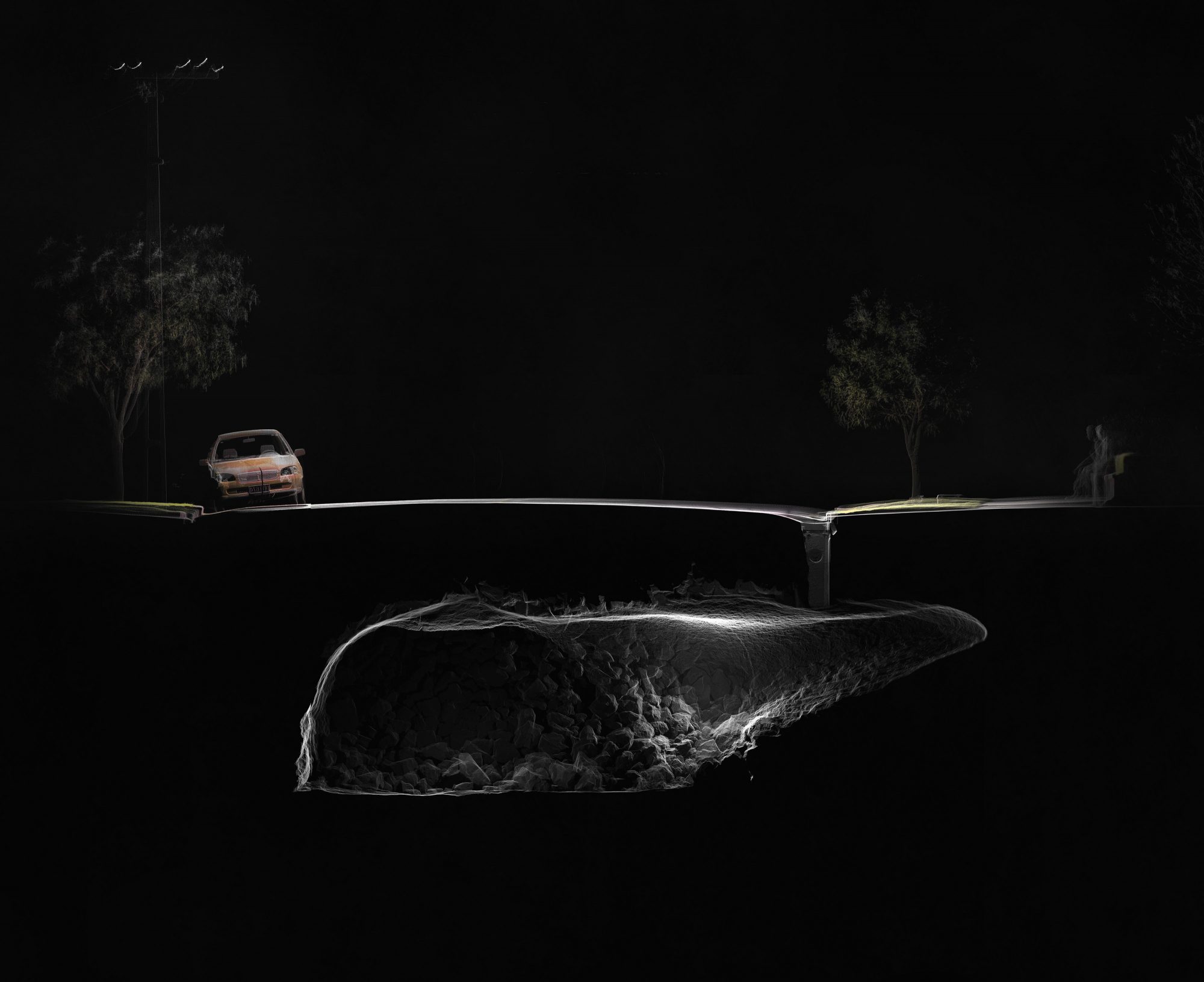 One hundred kilometres below Auckland, a vast reservoir of magma seethes, still testing the crust that keeps it captive. From time to time, some shift or schism grants it freedom, and it balloons to the surface. In the daylight, it boils over and cools, to form the kind of classic shield cone epitomised by Rangitoto. That volcano is so young that Māori certainly saw its last convulsions, 600 years ago.

There are more than 50 volcanoes within the city, born variously over the past 150,000 years. Each was created in a single event (except Rangitoto), leaving behind lumpen hills, summit craters and lava caves.

Lava caves may just be the most delightful thing that Aucklanders don’t know about their city—hidden below the suburbs, beneath front lawns and corner dairies.

They are formed as a stream of lava begins to cool. The surface of it solidifies, but molten rock continues to flow beneath, kept fluid by the insulating crust. More often than not, the tunnel fills up and sets solid, but every now and again, if the flow isn’t blocked, a cave is created.

“Lava stops flowing into the tube at the top, while the rest flows out the bottom, and you get a lovely tube left behind,” says Crossley.

Crossley has spent much of his time exploring Auckland’s basalt basement—rarely upright, mostly prostrate, surveying the caves. He knows of maybe 50 within the city limits. The longest is Wiri Lava Cave, in south Auckland, at nearly 300 metres, and another, the Cave of a Thousand Press-Ups, east of One Tree Hill, is 270 metres—but most are quite small.

That’s because Auckland’s volcanoes were birthed from a very short labour. Most were created in days, or a couple of weeks at most, says Crossley, which means that lava didn’t flow for long.

I have to ask: how did Thousand Press-Ups get its name? “It’s very low, and very rough,” he tells me. “I’ve never been so stuffed in all my life after a survey.”

Only a few of the caves are easily accessible, most notably those under Rangitoto. Many have been blocked off, and others trampled under in the rush for urban development.

“Within Auckland, there’s probably about 20 caves, I would think, which are actually worth going into nowadays,” says Crossley. “A cave might have two or three entrances—I’ve found about 250. Some, in people’s back gardens, have been closed off. Quite a lot have been filled in by developers. So, of those 250 entrances, probably half are now blocked. Most of them, you wouldn’t want to go into anyway.”

Chirag Jindal figured there had to be a way to map the caves for posterity, and to give Aucklanders a glimpse of the city’s subterranean heritage without getting scraped knees. When he witnessed light detection and ranging technology, or LIDAR, he knew he’d found it.

“Basically, you have a machine that shines a photon of light at surrounding objects and surfaces, and when it bounces back, the machine calculates how far that photon travelled,” explains Jindal, a graduate from the University of Auckland’s School of Architecture and Planning.

The LIDAR scanner creates a virtual dot wherever it strikes, he says. “Then it does that a million more times per second, revolving so that it records points in a digital space. It’s literally 3D-mapping that environment.”

Then, once it has created a cloud of points, it takes a series of 360-degree photographs, and ascribes colour values to each point. Ordinarily, that would colour the final image, but there’s no light in a lava cave, so Jindal’s work below ground is black and white.

Jindal uses rendering software to turn them into three-dimensional maps, then slices these to create cutaway views of the caves. The technique has been used before to map underground spaces, but Jindal took it a step further, using the raw data to create drawings that show the caves’ relationship to the surface—so that people can appreciate their proximity to everyday life.

Jindal suffered for his art—not even double-layered kneepads could smooth knife-sharp scoria.

“It’s very labour-intensive. Usually, you’re working on your belly, or on your knees, trying not to damage a $100,000 scanner that weighs upwards of 20 kilograms. Stewart’s Cave, which is more than 200 metres long, took us three days.”

After mapping one cave for his thesis, Jindal and the New Zealand Speleological Society obtained a grant from Auckland Council to continue the project.

Jindal’s work has now preserved 10 of the caves—digitally, at least—in case of further degradation. “Who knows what condition they’ll be in in another hundred years’ time?”

The reason so many have already been lost, he says, is they’re not in the public realm.

“I guess the power of these images is that they bring the caves to Aucklanders. It’s one thing to tell people there are caves beneath their houses—it’s another thing altogether to actually experience them, and to help them understand what they are.”