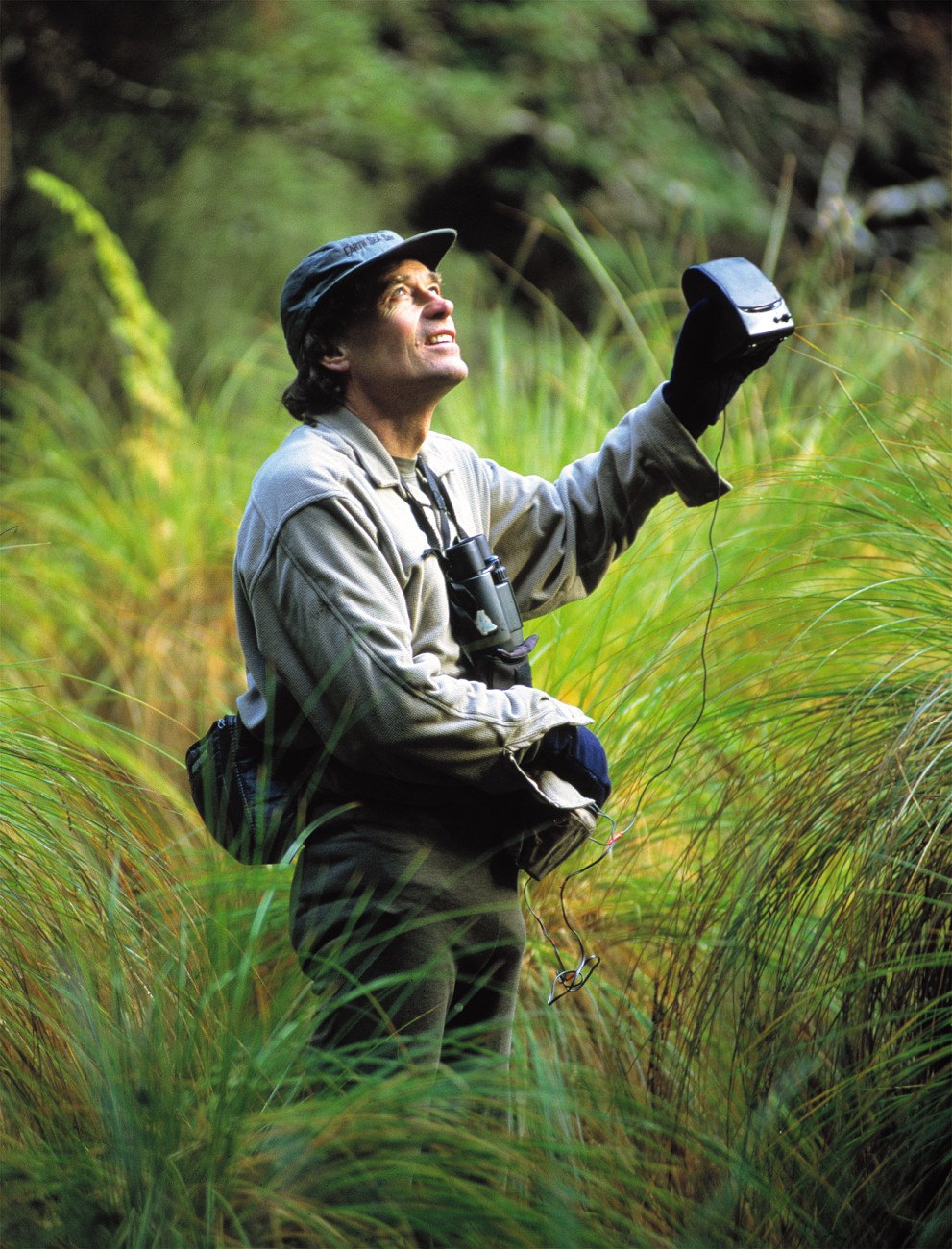 Against the trend of recent conservation successes with threatened species, the prospect of another slow extinction continues to haunt South Island forests.

The South Island kōkako, one of the world’s most melodious songbirds, is now on the verge of extinction—if it has survived at all. A near relation of the extinct huia, this elusive forest bird was more often heard than seen. Of its song, the famous Westland explorer Charlie Douglas noted: “Their notes are very few, but are the sweetest and most mellow toned I ever heard a bird produce. When singing, they cast their eyes upwards … and pour forth three or four notes, softer and sweeter than an aeolian harp or a well toned clarinet.”

Since the last confirmed sightings in the 1960s, the furtive South Island kōkako has outwitted those humans who have tried to find it—including Mapua ecologist Rhys Buckingham, who has led a 20-year crusade to save the bird. After two decades of search­ing throughout Stewart Island and the South Island, he is convinced that the South Island kōkako must be on the cusp of oblivion.

“When I started on what was a personal and very positive mission to find the kōkako in 1980, my aim was to save it from extinction,” he says. “Now all we may achieve is to get a historical record of the bird before it disappears for ever. I see my original goal slipping away, and feel very sad about that.”

Buckingham believes that if any birds still remain they are likely to be ageing males living in small, isolated populations. They will face a lonely demise, calling forlornly, with no females left to hear them. Likely places for their survival are areas of high plant diversity, especially where predator numbers are low—parts of Stewart Island, Fiordland, Kahurangi National Park and north Westland.

Buckingham has seen the bird, but has been unable to obtain photographic proof of its existence. Numerous tape recordings provide tantalis­ing evidence but do not constitute scientific certainty.

Other researchers who, like Buckingham, have been captivated by the quest for the kōkako have found feathers which could not be linked to other bird species.

Genetic analysis carried out on one of the feathers did not identify it as belonging to kōkako, and the other was lost in the Netherlands, where it had been sent for analysis.

In the face of such frustrations, and acknowledging that as time slips by hope must fade, Buckingham has, at times been almost ready to abandon the search. Similarly, the Department of Conservation, charged with preserving New Zealand’s natural heritage, is providing only limited logistic support for continued searches.

Wayne Hutchinson, a senior DoC officer, puts the department’s position: “There are a number of priorities out there—tangible priorities—and looking for South Island kōkako does not rank among them.”

Buckingham appreciates that pragmatic view. “DoC has to spend its limited funds wisely, and I think they have been best to put it into the North Island kōkako [which is also endangered]. If we can come up with positive evidence for the South Island bird, I am confident DoC would come to the party. They would do something and do it well.”

One recent glimmer of hope comes from DoC’s work in the remote south branch of the Hurunui River, in Canterbury, where a mainland-island project is underway. DoC scientist Andrew Grant says: “You see or hear something and think, ‘That’s different,’ but you’re not sure what it is.”

While such fragments of observation may keep optimism alive for some ornithologists, most now assume the bird is extinct.

Pessimism over the demise of the South Island kōkako comes at the very time that DoC is moving from success to success with the North Island subspecies. The department’s recently released recovery plan for North Island kōkako now aims to establish 1000 pairs of the bird by 2020.

By linking up with the few remaining males, these introduced birds might lead researchers to the last, elusive South Island kōkako.

“We have tried tape recordings, mist-netting, photographing the birds using automatically-triggered cameras, and searching for feathers, but without getting the proof needed to convince the authorities this bird exists,” says Buckingham. “Introducing North Island birds is perhaps the last option if we want to save South Island kōkako from certain extinction.”

DoC’s North Island kōkako recovery group leader, Phil Bradfield, is not so sure about the proposal, however. “We would have to sit down and consider it long and hard,” he says. “There are only 350 North Island kōkako females at present. That’s not many to play with. They are a very precious resource.”

Nevertheless, invigorated by continued reports of possible sightings, unsolic­ited private donations from people who share his enthusiasm, and support from South Island businesses Earth Sea Sky and Maruia Nature Catalogue, Bucking­ham will push on regardless in the search for the South Island’s “grey ghost.” This spring, he and his team will be back in the bush, travers­ing remote areas armed with a tape recorder and video camera, still hoping for that vital, clinching clue.