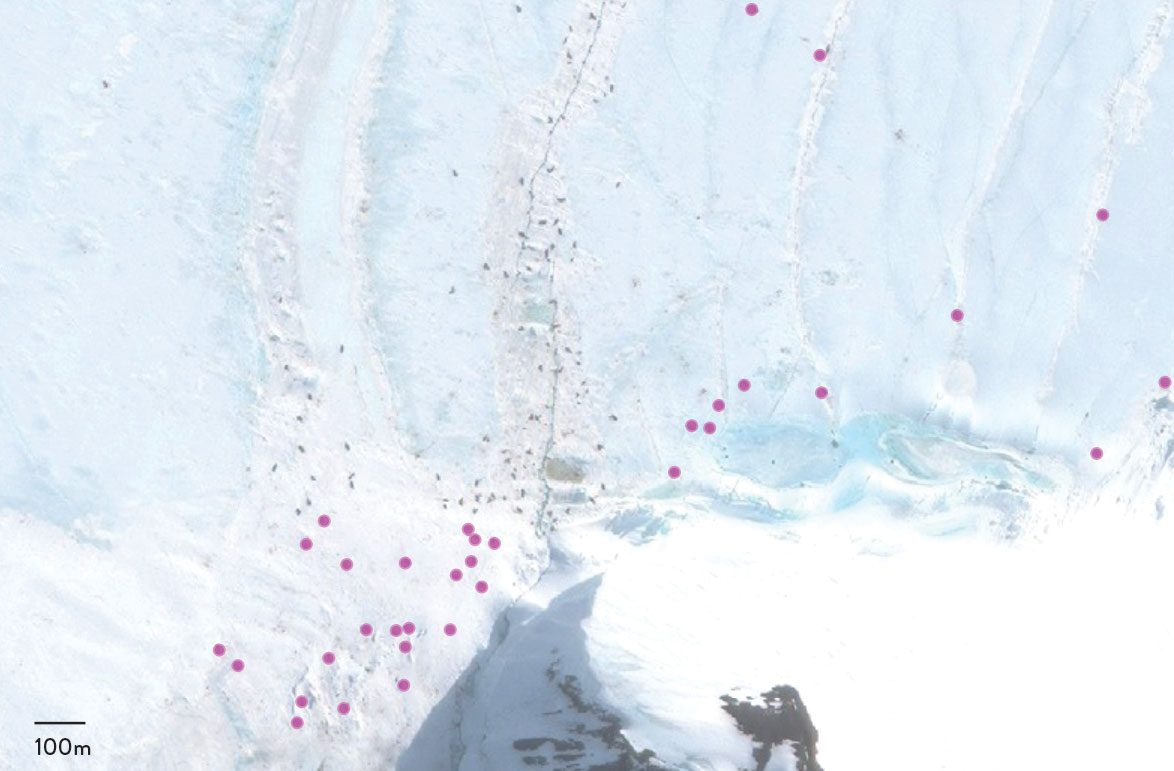 The population of Weddell seals in Antarctica is smaller than expected, according to a new crowdsourced count of the iconic polar species.

Around 202,000 female Weddell seals call the icy coasts of Antarctica home, the study estimates—far fewer than the previous estimate of 800,000.

“That doesn’t necessarily mean there has been a big decrease of Weddell seals recently,” says lead researcher Michelle LaRue from the University of Canterbury, “but instead, this is probably a more accurate count that we can use as a baseline to determine change over time.”

More than 330,000 citizen-science volunteers tagged thousands of seals in hundreds of satellite images depicting the Antarctic coastline. The very-high-resolution (VHR) satellite images were captured in November 2011.

The non-invasive approach is perfect for seal monitoring: previously “the only way to study the seals was to travel by snow machine, or if you were lucky, a helicopter flight to get a little farther afield”, says LaRue. “Now, anyone with internet access can count them from space.”

It’s the first time ever that the global population of a wide-ranging animal has been estimated from direct counts. But why only count the females? During the summer months, when the images were captured, male Weddell seals spend most of their time defending their underwater territory. Meanwhile, females lounge on the ice nursing their single newborn pup, meaning the blubbery, bodacious females are the ones snapped from space (the pups are too small to appear in the images).

The study also assessed where Weddell seals like to live, finding that they prefer fast ice (anchored to the shore) that is close to deep water. The fast-ice lifestyle means that the seals need to maintain breathing holes, which they gnaw open with their teeth. They also like having emperor penguins as their neighbours—as long as there aren’t too many of the fish-gobbling waddlers, which increases competition for food.