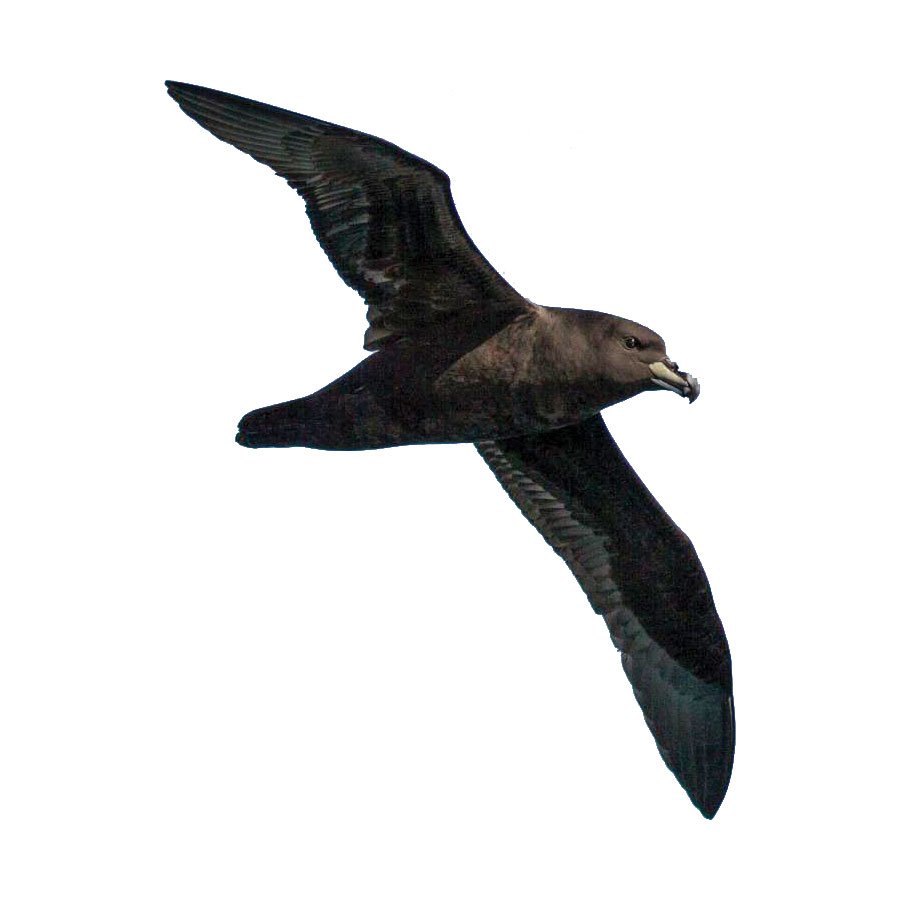 Tubenose seabirds—albatrosses, petrels, shearwaters and storm petrels—pretty much always follow the rules. Breed in the summer, when there’s more kai to catch. Mix up the length of foraging trips when feeding a chick: a few short foraging sessions for every long-distance feed. Mum and Dad pick different fishing spots and strategies, diversifying their options.

Westland petrels break all the rules. They breed in the winter. Their foraging trips are always the same length—short, even though their wing structure means they’re capable of longer flights. And both parents fish in the same old spot. (Only 12 tubenose species are known to adopt these non-conformist habits.)

To understand why and how Westland petrels successfully raise chicks with such an unusual approach, researchers tracked their movements using GPS loggers and accelerometers.

The international team, including scientists from Te Papa, found that the Westland petrels were fishing around 150 kilometres off the coast, where the continental shelf slopes into submarine canyons: a reliable, local prey field that shapes their behaviour. Fishing peaks during the first few hours of darkness, suggesting that the petrels target bioluminescent fish and squid species that migrate daily up and down the water column.

Westland petrels are endangered, and the small size of their foraging range—which coincides with a hoki trawl fishery—could pose problems in a food shortage, while their nesting burrows in the hills have previously been threatened by human development.