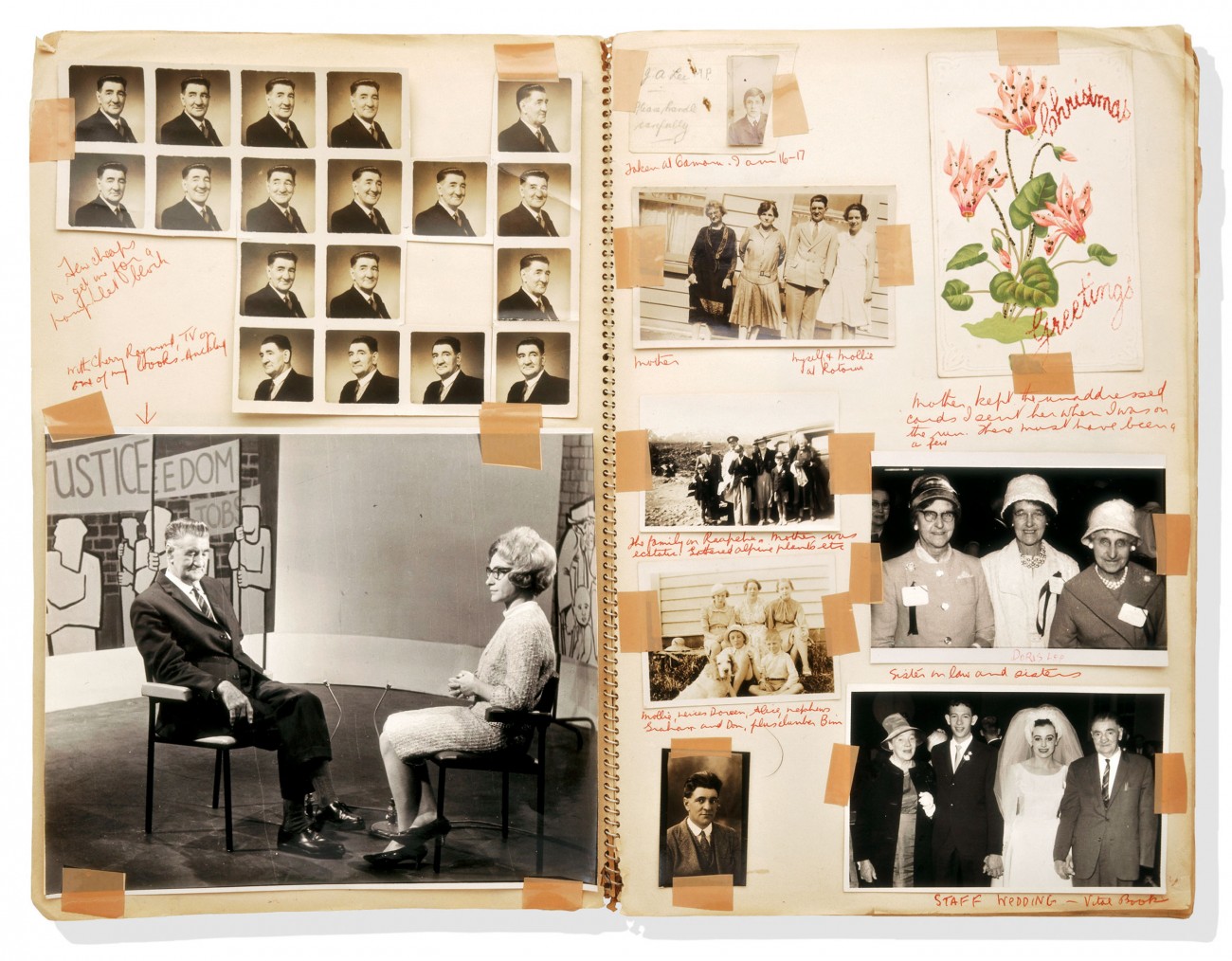 Included in the extensive John A. Lee papers held by the Auckland Public Library is a collection of several remarkable scrapbooks, each packed with newspaper clippings, book reviews, letters, photos, public policy documents, writing guides, even the odd bank statement—evidently anything that the man at the centre of it all thought relevant to the public record. Collectively, they read as part memoir, part diary, part photograph album. They are somewhat haphazard in their construction—the items have been stuck to the page with pink Elastoplast—but utterly fascinating.

John A. Lee was a best-selling author, politician and one of the country’s most prominent socialists. He joined Labour soon after World War I and, as a decorated and wounded soldier, was a boon for a party that had been criticised as unpatriotic over its opposition to conscription. He was also a gifted orator and, although his fortunes in the electoral polls varied through the 1920s and early 1930s, expected to be given a senior cabinet post when Labour, under Michael Joseph Savage, won the election in 1935. He was bitterly disappointed when he wasn’t. By then, he and Savage were frequently at odds with each other, both temperamentally and politically. Savage regarded Lee as too radical. Lee considered Savage too conservative. Over the following years, Lee’s criticisims of the party’s direction became increasingly caustic and public, peaking in 1939 when he wrote a scarcely veiled criticism of the terminally ill Savage titled “Psycho-pathology in Politics”. He was expelled from the party in March the following year, just two days before Savage died.

“His scrapbooks reflect his bustling, energetic, highly opinionated personality,” writes Iain Sharp, Special Collections archivist and author of Real Gold, a book showcasing artefacts held by the library. This is most apparent in the annotations that provide background for many of the items. As Sharp has noted, Lee is kind to friends and family but still nursing grudges against old enemies. He is also funny. Of his sister-in-law, whose parsimony he attributes to a life-long fear of poverty, he writes: “Piled up tens of thousands and never had a splash in her life. Even starved her cat which we inherited. Now a plump well fed pet.”

Post-politics, Lee got a second wind as a writer. He’d already published two popular novels based on his early life, The Children of the Poor and The Hunted, and continued to write fiction, political commentary and a number of books such as Simple on a Soap-box—his version of the events of the 1930s—Rhetoric at the Red Dawn and The John A. Lee Diaries 1936-1940.  He died in June 1982.