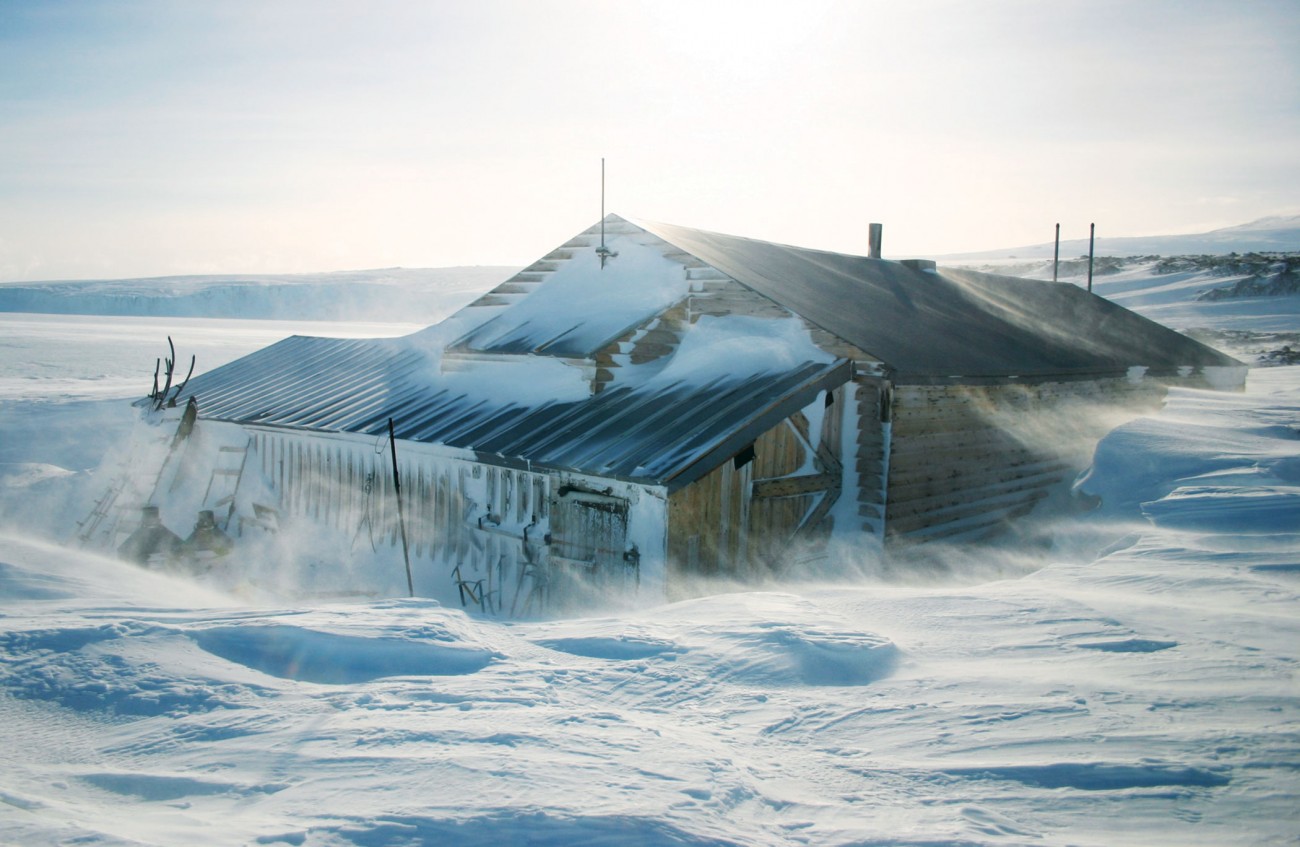 Beneath the floorboards of Ernest Shackleton’s hut at Cape Royds, Antarctica, rests a couple of crates of vintage Scotch, courtesy of McKinlay and Co, the Scottish company that gifted the bottles to Shackleton as part of his 1909 expedition. They were found in 2006, between the floorboards and the ground, surrounded by ice. “We’ll spend a few days gently chipping away the ice around them, remove them and leave them out in the sun for a while so that the ice melts,” says the expedition leader, Al Fastier. “Then we’ll make a decision on how they will be conserved and finally displayed within the hut.” After which conservation work on the hut at Cape Royds, which has taken four years and involved the restoration of around 5000 artefacts, will be complete.

This season, the Antarctic Heritage Trust’s conservation team will focus most of their efforts on the Terra Nova hut, the 8 x 15 m building erected by members of Captain Robert Falcon Scott’s 1910-1913 British Antarctic Expedition. It was from here that Scott launched his race against Norwegian explorer Roald Amundsen to be the first to reach the South Pole. The hut is the largest and most complex of the buildings from the period, and contains around 10,000 artefacts. It was also listed by the World Monuments Fund as one of the world’s 100 most at-risk architectural treasures, due to the deep layers of ice and snow building up around it. “It was like a mini glacier was pushing into it,” says Fastier.

Saving the building from the en-croaching environment has demanded some ingenious solutions from the conservators: installing an aluminium dam around the hut to mitigate flooding that occurred each summer; erecting vortex generators (large wing-like structures) behind the hut to erode snow; and sprinkling scoria over the snow to speed up melting.

Last season, the team also began work on the interior of the hut, which demanded an extraordinary commitment to detail and some imagination. The aged lino was lifted up and rolled onto a drum, which was then suspended as the individual floorboards were removed, each numbered so that it could be replaced exactly where it had lain for the previous century. The team then proceeded to melt the ice beneath the hut, while keeping the humidity levels at less than 50 per cent. (An ice-melter was designed and built in Christchurch, and the water sucked outdoors through what could be described as a massive vacuum cleaner.) The floorboards were then put back exactly as they were, as was every nail. Finally, the strips of lino were laid within a hair’s breadth of their original location.

“It was an unbelievable outcome,” says Fastier. “I think the Antarctic Heritage Trust is leading the world in polar conservation work.”  Like most people fortunate enough to have visited Antarctica, he says there’s something extraordinary about these large-scale relics from The Heroic Age. “I’ve seen grown men get tears in their eyes. The spirit of the place is very moving.”