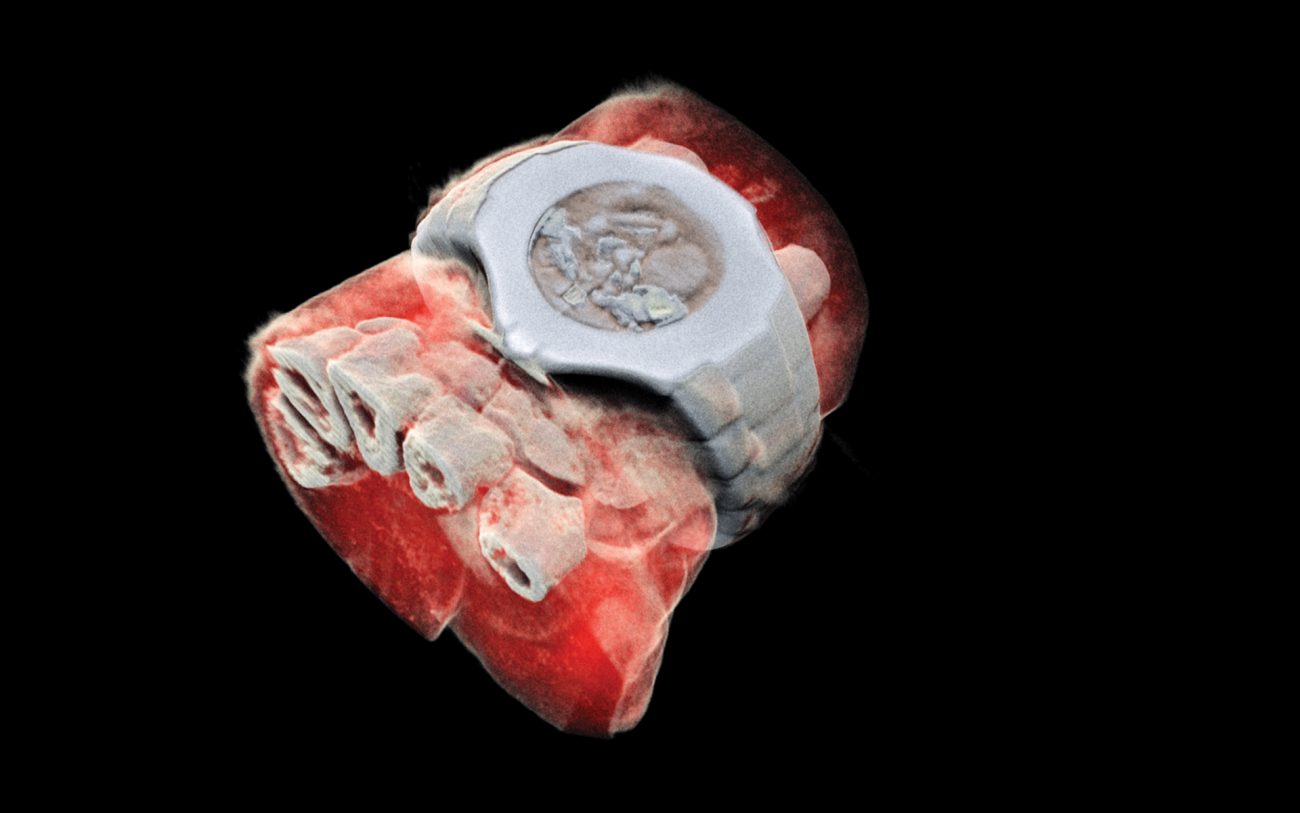 What if it was possible to take pictures of the inside of the human body—colour pictures, where bone and muscle were easily distinguishable from pathologies such as cancer tissue or kidney stones?

When x-rays pass through the human body, they are absorbed differently by different internal organs. They travel straight through soft tissue, such as muscle and fat, but are impeded by denser materials, such as bone. Then the x-rays hit a metal film, which creates an image based on the intensity of the radiation that emerges. Areas where the x-rays were blocked are white, and areas they were able to pass through are black.

By contrast, a new scanner the New Zealand scientists developed records each change in wavelength as the particles hit different parts of the body—bone, muscle, liquid, fat, cartilage, tumour. When the x-rays emerge, software assigns a colour to each of those energy levels. The scanner was developed in part by the Universities of Otago and Canterbury, alongside New Zealand company Mars Bioimaging, using a detector that had originally been designed to spot subatomic particles.

While x-ray photons have always had this energy information contained within them, the Mars Bioimaging scanner is the first technology capable of measuring it. Because traditional x-ray imaging only records whether the radiation passed through the body, it doesn’t reveal much about the soft tissue or muscle surrounding the bones. Small versions of the colour scanner are now being used to study cancer, bones and joints, and Mars Bioimaging hopes to produce body-part scanners specialised for areas such as knees and ankles.