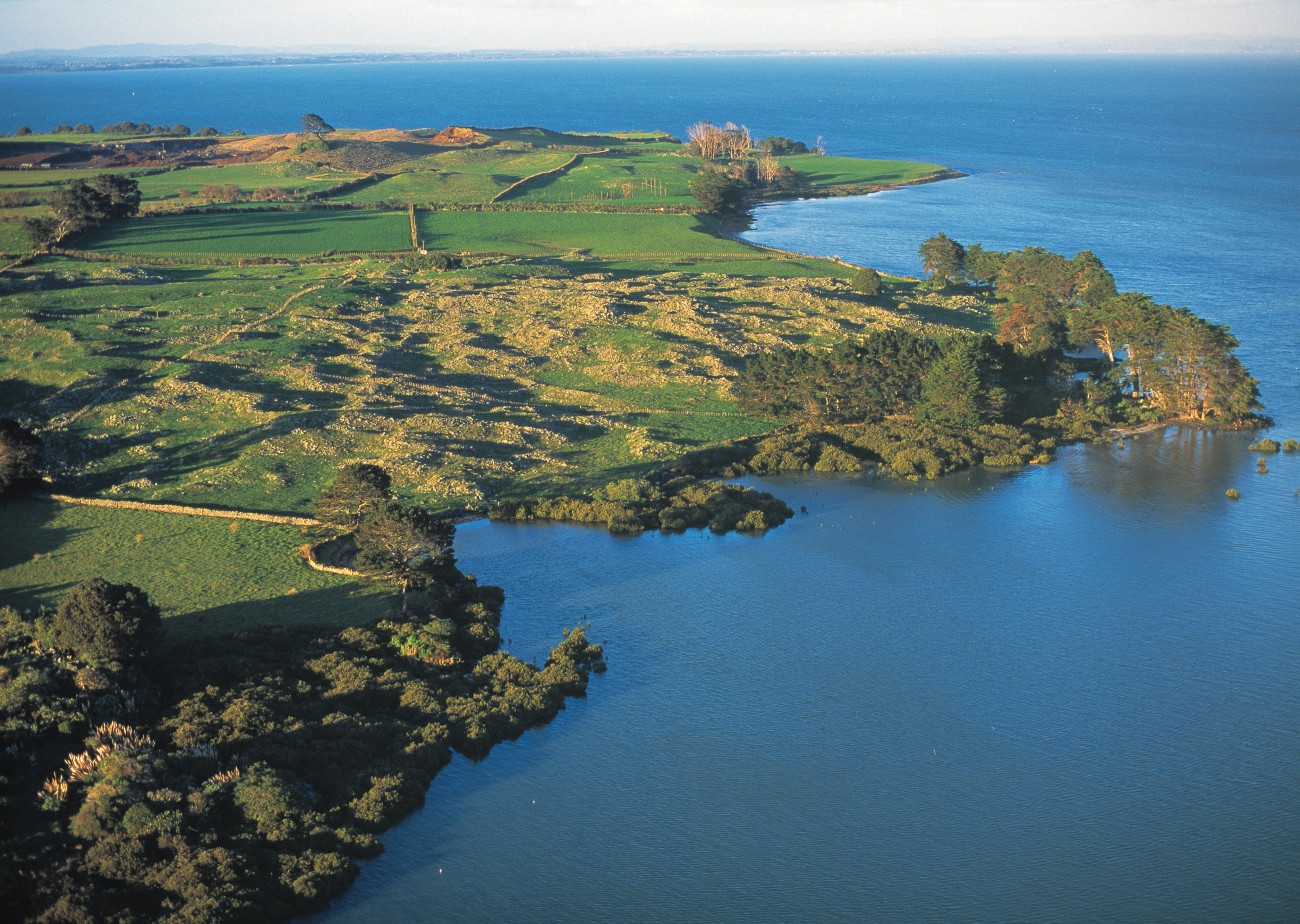 A stonefield containing evidence of 1000 years of Maori and Pakeha horticul­tural, agricultural and social history has been made a reserve in South Auckland.

Auckland once had more than 8000 ha of such stonefields, established by Maori as horticultural settlements around the isthmus’s numerous volcanic cones, among rocks formed from lava flows. Now less than 200 ha of stonefields remain. The rest have been destroyed by 150 years of quarrying and urban development.

The Otuataua stonefields, near Mangere, were created when lava erupted from Puketapapa (also called Pukeiti) and Otuataua volcanoes 20,000 years ago. The lava cooled into rocks, and the eruptions also deposited rich volcanic ash and other debris, creating the fertile soils much prized by later Maori and Pakeha cultivators.

Archaeologist Rod Clough says the 89 ha at Otuataua are among the best remaining examples of New Zealand stonefields. They show clearly how stonefield gardens were integrated into Maori settlement systems, in this case being linked to pa sites on Puketutu Island and Mangere Mountain—the latter one of the largest pa on the Tamaki isthmus.

The site derives further significance from the fact that descendants of the stonefields’ original Maori and Pakeha residents still live in the neighbourhood and at nearby Makaurau Marae, at Ihumatao, and that rare native vegetation is still to be found on the site. Otuataua is the only place on the New Zealand mainland where maawhai (native cucumber) has been found. Groves of karaka and puriri also grow in two central gullies at Otuataua.

Drawing on oral history accounts, Clough believes that Maori settled in the Otuataua stonefields up to 1000 years ago. At that time, Maori were also beginning to build terraced gardens on some Tamaki isthmus volcanoes. Clough speculates that several hundred Maori occupied the isthmus by 1300 A.D.

Before that date, Tamaki Maori led a semi-nomadic hunter/gatherer existence. At Otuataua, the Wai 0 Hua people used the stonefields as a horticultural base, cultivating crops year-round but also travelling to hunt birds or seals and harvest forest fruits and berries.

Between 1200 and 1500, because of rapid population growth in the northern North Island, this pattern of life changed. By 1500, Clough speculates that as many as 3500 Maori lived on the Tamaki isthmus. Increasing competition for food resources—moa were on the verge of extinction and seals were becoming scarce—forced Maori to spend more time cultivating crops rather than relying on the uncertain yields of hunting and gathering.

By the 18th century, the isthmus had been divided into strips gardened by different tribes or hapu. Each hapu’s land included one or two volcanic cones, which functioned as citadels for protecting food stores and providing refuge in times of attack.

To a passing bird, the isthmus might have seemed like one vast garden, because large areas of original forest cover had been cleared for cultivation. There were 36 inhabited cones surrounded by garden plots. Population density is thought to have been about one person per square kilometre, although densities were higher in some settlements.

During the early 18th century, about 400 Wai O Hua people worked in the Otuataua gardens, growing kumara, taro, yams (uwhi) and other crops. They used a rotational system in which a field would be cultivated for two years. During the second year, a new field would be cleared, which would be used for the next two years while the original field was left fallow. The two fields were alternated for two cycles, then left to regener­ate naturally while new fields were cleared.

In some plots, Maori cultivators created stone mounds to absorb the warmth of direct sunshine and stimulate the growth of hue (bottle gourd) vines and other crops planted on and around the mounds. Stone walls around the gardens acted as windbreaks, protecting the soil from drying out. Curved or circular enclosures created a warm, moist bed for kumara, uwhi and taro.

By comparing Otuataua structures with those of other South Auckland stonefields, Clough has identified foundations of temporary huts (wharau), larger and more substantial houses, cooking shelters, paths and garden plots.

During the early 19th century, Pakeha arrived on the Tamaki isthmus, but found it largely deserted because of tribal wars. The place was a wilderness, with many gardens overgrown by scrub and bracken. However, the Wai O Hua were still living in the Otuataua stonefields. They traded Otuataua-grown wheat and oats with struggling settlers in Auckland and Onehunga.

After the New Zealand Wars, Pakeha settlers, among them the Elletts and Rennies, began farming on the stonefields. Their descendants still owned dairy farms there in the 1990s.

Dairy cattle still graze the stonefields, and are likely to stay there under a new grazing management plan.

When the Otuataua stonefields were jointly purchased in January 1999 by the Manukau City Council, the Lottery Grants Board, Auckland Regional Council and the Department of Conservation, the then Minister of Conservation, Nick Smith, said, “On this small piece of land it is possible to trace the history of human settlement in Auckland over the whole millennium from the earliest Maori agricultural settle­ment to the arrival of Europeans with their pastoral farming. Manukau has secured its birthplace.”