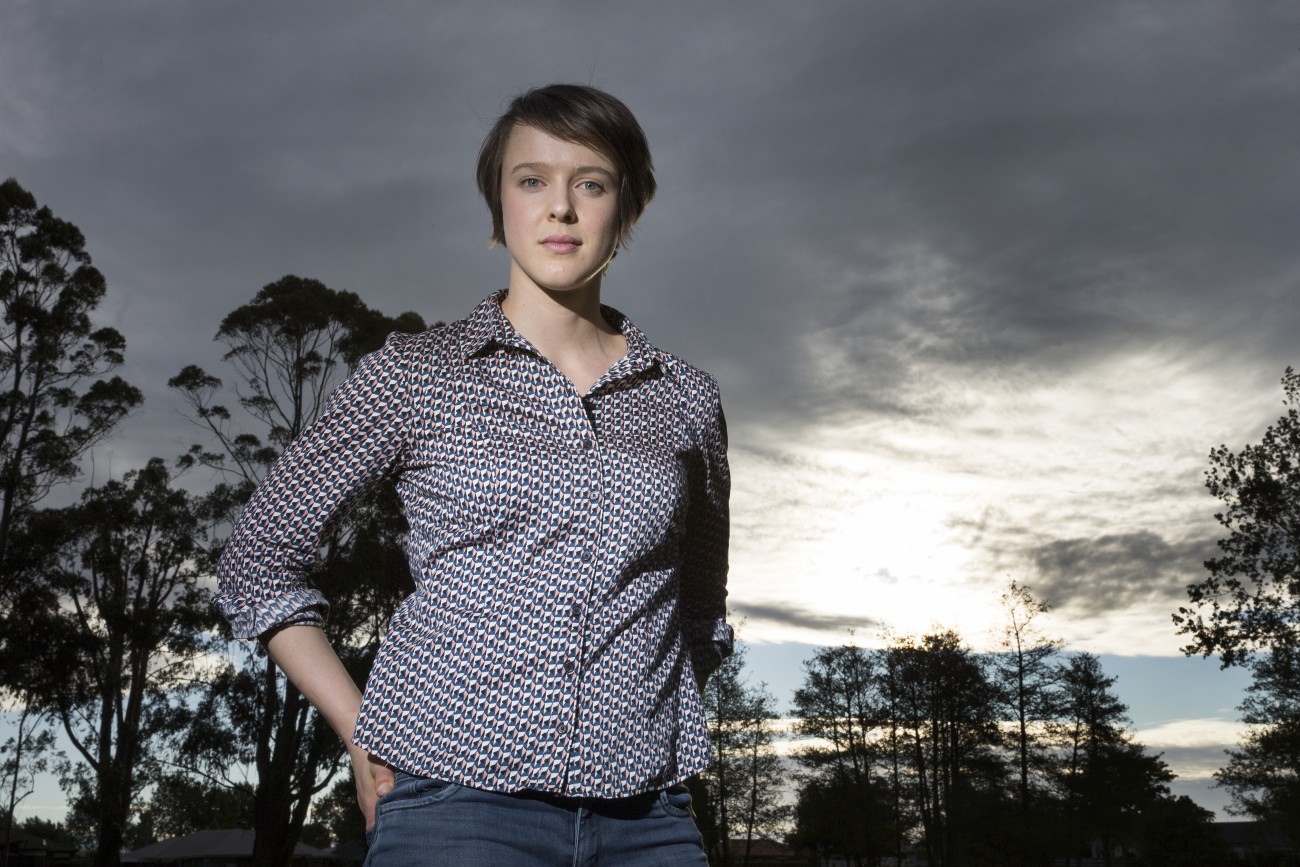 In June this year, a court in the Hague found that the Dutch government had been negligent in its climate-change policies, and forced it to adopt more ambitious greenhouse gas reduction targets on behalf of its citizens.* The decision was the first time a court has ordered a government to take more stringent climate action, and the first case globally in which a State has been found liable for failure to adequately mitigate climate change.

Could such a legal case succeed in New Zealand?

We are about to find out. Today, 24-year-old Hamilton law student Sarah Thomson filed papers in the High Court in Wellington requesting a judicial review of aspects of the government’s climate change policy.

Specifically, Thomson is challenging the legality and reasonableness of the government’s domestic greenhouse gas emissions targets and its Intended Nationally Determined Contribution (INDC)—the amount it commits to reduce emissions—to be tabled at the UN climate meeting in Paris.

She claims that the Minister for Climate Change Issues has not followed the process stipulated by the Climate Change Response Act 2002 in setting emissions reduction targets, and that the government’s INDC fails to take into account relevant matters concerning the dire impacts of climate change. New Zealand’s proposed contribution—an 11 percent reduction on 1990 levels by 2030—is claimed to be, in legal terminology, “unreasonable and irrational”.

Under the Climate Change Response Act, the minister is required to review the government’s emissions reduction target whenever the IPCC (Intergovernmental Panel on Climate Change) releases a new report, to ensure that the target aligns with the current scientific consensus on mitigating what the IPCC calls the “irreversible and dangerous impacts” of climate change. Thomson says there is no evidence that such a review was carried out after the IPPC’s latest report was released in 2014. If that turns out to be the case, she says, then the minister acted unlawfully.

The second prong of the review concerns the INDC that the government will present at Paris. Thomson contends that the 11 percent reduction target is inadequate in light of what climate scientists say is needed to prevent global temperatures exceeding the internationally agreed 2-degree maximum rise.

“I am asking the court to require the minister to set targets that are consistent with what the scientific consensus says needs to be done to avoid the disastrous consequences of climate change,” she says.

Thomson, who sat her final LLB exams a week ago, is by no means a seasoned climate campaigner. Although she grew up in an outdoors-loving, conservation-minded family (her father is involved in predator control and biodiversity restoration in sanctuaries such as the Maungatautari ecological “island” in the Waikato) she admits that until recently her awareness of the threats of global warming didn’t extend much beyond the fact that it would be unfortunate if the ice caps melted and polar bears went extinct.

“I was a bit naïve,” she told me. “I didn’t realise how bad things really are, and how seriously people are going to be affected. I felt I had to do something.”

She joined a group which was door-knocking in Hamilton to collect signatures for a climate-change petition. Then she listened to a talk given by Mary Robinson, the former prime minister of Ireland, in which she spoke about climate change as a human rights issue that was bearing down on our Pacific neighbours such as Tuvalu and Kiribati.

“People have the right to challenge the government’s decisions. I have that right, and so does everyone else. Climate change will affect everyone in New Zealand, so it’s to everyone’s benefit that this case be heard.”

But it was seeing the tepid commitment to global emissions reductions that the New Zealand government is taking to the Paris climate meeting in a little over two weeks’ time that raised her ire and prompted her to act.

“I looked at the summary of submissions [that people had made on the INDC target] and I was shocked,” she said. “Despite the insanely short time frame—people had less than a month to make a comment—the government still got more than 15,000 submissions, and almost all said of them we need more ambitious goals, around a 40 percent cut in emissions, and a substantial plan of action to meet those targets. But in the end the government came up with a feeble INDC.”

“If most other countries were to follow New Zealand’s approach,” it wrote, “global warming would exceed 3–4°C, a world that would see oceans acidifying, coral reefs dissolving, sea levels rising rapidly, and more than 40 percent species extinction.”

Moreover, the organisation predicted that in 10 years New Zealand’s per capita greenhouse gas emissions would exceed those of the United States, the world’s most profligate per capita emitter.

But rather than simply complain about the inadequacy of New Zealand’s contribution to global climate action, Thomson has decided to test that contention in court. “This is our chance to be heard and to use the legal system to do that,” she said.

Underlying the action is the conviction that if a government acknowledges the severity of the threats posed by climate change in international forums, it cannot then choose a domestic path of action that underplays that severity—for example, by favouring economic goals over environmental obligations.

I asked Thomson how she felt about taking on the government over its climate policy.

“It’s an opportunity to create change,” she said. “Voting every three years isn’t enough. People have the right to challenge the government’s decisions. I have that right, and so does everyone else. Climate change will affect everyone in New Zealand, so it’s to everyone’s benefit that this case be heard. So I believe this is not only a legitimate action to take, but an essential one.”

She said she hoped the case would increase climate awareness ahead of the Paris climate meeting. “Compared with the flag referendum, there hasn’t been a lot of media on the INDC targets, and this will be a chance for a lot more people to hear about that and take part in that conversation, and hopefully stand up and voice their concerns about lack of government action.”

* The New Zealand case differs significantly from its Dutch predecessor. Dutch law has several features that are not analogous to the New Zealand legal system. The Dutch case focused on the government’s duty of care towards its citizens and a concept called “hazardous negligence.” Neither principle exists directly in New Zealand law. Moreover, the Dutch constitution specifically requires the authorities “to keep the country habitable and to protect and improve the environment.”

Writing on the website of Wellington legal think tank Deconstructing Paris, Matthew Soar noted that New Zealand does not have an equivalent of the Dutch tort of hazardous (state) negligence. Nor does New Zealand have an equivalent constitutional article that prescribes a duty of care in relation to a habitable environment.

Of special interest in the Dutch court decision is the judges’ dismissal of arguments based on the small size of Holland’s greenhouse gas emissions (around 0.5 percent of global emissions) compared to those of other countries—an excuse for inaction that is also made by politicians in this country (New Zealand’s emissions are around 0.2 percent of the global total.)

“The state should not hide behind the argument that the solution to the global climate problem does not depend solely on Dutch efforts,” the judges’ ruling said. “Any reduction of emissions contributes to the prevention of dangerous climate change and as a developed country the Netherlands should take the lead in this.”

The same has been said for many years in New Zealand—that we should be leaders, not followers, in tackling our country’s low per-country but high per-capita emissions (we rank 11th in the world in per-capita emissions)—but those urgings have fallen on deaf government ears.