Like all photojournalist, Geoff Mason aims to catch decisive moments—those microcosms which allow the viewer to glimpse a larger picture.

For some photographers, it might be the bullet’s moment of impact, or the athlete’s agony at the tape. But for Mason, it is life’s subtle mo­ments which are the most decisive. In daily life there are thousands of brief flashes which tell whole stories about a person and their world—the glance between two people which speaks of complicity, the lonely sadness of the runner-up.

Mason’s photograph of Ngati Porou pig hunter Glen Reedy (“Hikoi”) is an example of such an instant: the pride of the provider bringing food to his group. The eyes tell us that in this setting he is at home, engaged in a purpose which city life could never provide.

An inveterate traveller, Mason’s work has taken him all over the world: his book Han Suyin’s China in its third edition; he has worked on assignment for National Geographic Television; he has won scholarships which have taken him to the USA and the UK. His last assignment for New Zealand Geographic was in Singapore, covering the making of New Zea­land currency (Issue 15).

Mason was invited to join the Ngati Porou group to record the historic 10-day hikoi—a march to rejoin links with ancestral family on the other side of East Cape. Along the way, elders taught him the meaning of place names on the trail—names born in times of oral tradition, names which record the stories of hundreds of years of this group’s families.

At the end of the trek, Mason said, “For the first time I realised what the word desecration meant. Along the way were places so charged with atmosphere that I felt I had to whisper when we entered them. And I was left with a fear that all this could easily be lost, because as Pakeha we have little under­standing of this sort of history. Our bones are in other countries.

“When we carve roads through these mountains or strip them for pines, we not only destroy these precious places, we also destroy that intimate history. We are smashing through the life story of real people—even, sometimes, literally through their bones.”

Brenstrum, a contributor to New Zealand Geographic since its inception, has a deep passion for gathering eclectic weather informa­tion. A university and MetService lecturer, a published poet and a book reviewer (of mainly South American and Spanish fiction), Brenstrum says it is weather’s endless permutations which keep him fascinated with the subject.

“When you look at the weather map on television, you’re looking at weather on a grand scale, but within those broad patterns there will be dramatic localised effects which may significantly touch people’s lives; the fog which closes an airport while paddocks 500 metres away stay clear; the thunderstorm with its great tower of cumulus which destroys every crop under its five-mile diameter but leaves neighbouring areas unscathed,” he says.

Collecting obscure information is a part of being a weather columnist, and, as a voracious reader, Brenstrum is always finding useful anecdotes. Here are two: 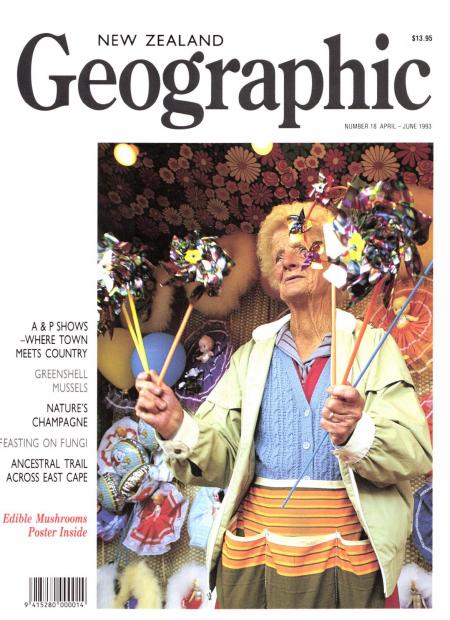