“When I landed at Chatham airport. I found that, although I had ordered a rental car, there was no one there to meet me. The rental staff, it transpired, had gone duck-shooting. So I found a Landrover with keys in it and drove it away. It was four days before I caught up with the rental people to check that it was all right.”

Not that it mattered, as Yarwood (below) would find out, because as he went about collecting informa­tion and impressions for this issue’s story on the Chathams, all stages of his journey were closely monitored by the islanders. This was, he realised, a condition of island life—and one which would work for him when he wanted to find someone.

“There would always be someone who knew where that person was, and what they were doing,” says Yarwood.

There were rugged moments in the researching of this story that also set it apart from others he had worked on. In one memorable journey by cray boat from Owenga, on Chatham Island, to outlying Pitt Island, a horribly seasick Yarwood spent five hours with his head over the side—occasionally with the heavy Pacific seas breaking over his head.

The hardships of re­search for author and historian Sandra Coney are of a different kind.

Her story on women’s suffrage stemmed from years of research on the lives of New Zealand women.

Unlike men, whose history is often recorded through the political, business, and economic development of our country, women have tended to lead more private lives. Their story has to be pieced together from documentary fragments held by families, from oral history, from gleanings from the magazines and newspapers of the day. And since so much about women’s lives was consid­ered unimportant in the grand scheme of the country, many such sources have been destroyed over the decades.

Fortunately, the many women’s organisations—women’s political voice—assiduously kept records, and those have become one of the main sources of information for people like Coney.

It is from the ephemera of their daily lives—their diaries and letters, household implements, handcrafts and clothing—that the detailed picture of women’s lives can be painted.

To Coney (above), it is this detail which is so fascinating. “It’s almost like being able to reach out and touch them. And when we can see how they lived in past decades, it helps us to understand our lives today. Tracing those changes is what interests me most.”

A case in point: the push for compulsory domestic science—essentially cooking and sewing—in girls’ schools in the early years of the century explained for Coney why her own schooling in the 1950s had been so woefully inadequate in the physical sciences.

“Although I went to one of the most academic girls’ schools in New Zealand, science was not fostered, and girls who did physics were taught outside school hours by a master from the boys’ school.”

Coney’s research is prodigious. Some of it—specifically her 1980s work with Phillida Bunkle on the experimental treatment carried out on cervical cancer patients at National Women’s Hospital—sent waves of shock through the country.

Already, New Zealanders are seeing Coney as a woman who not only recorded, but also created, change in her country. 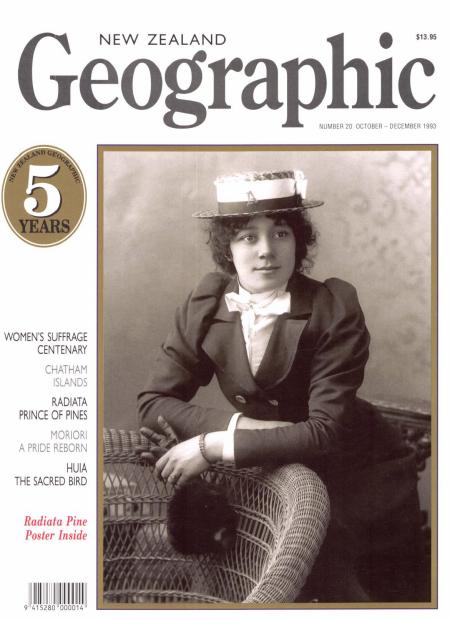