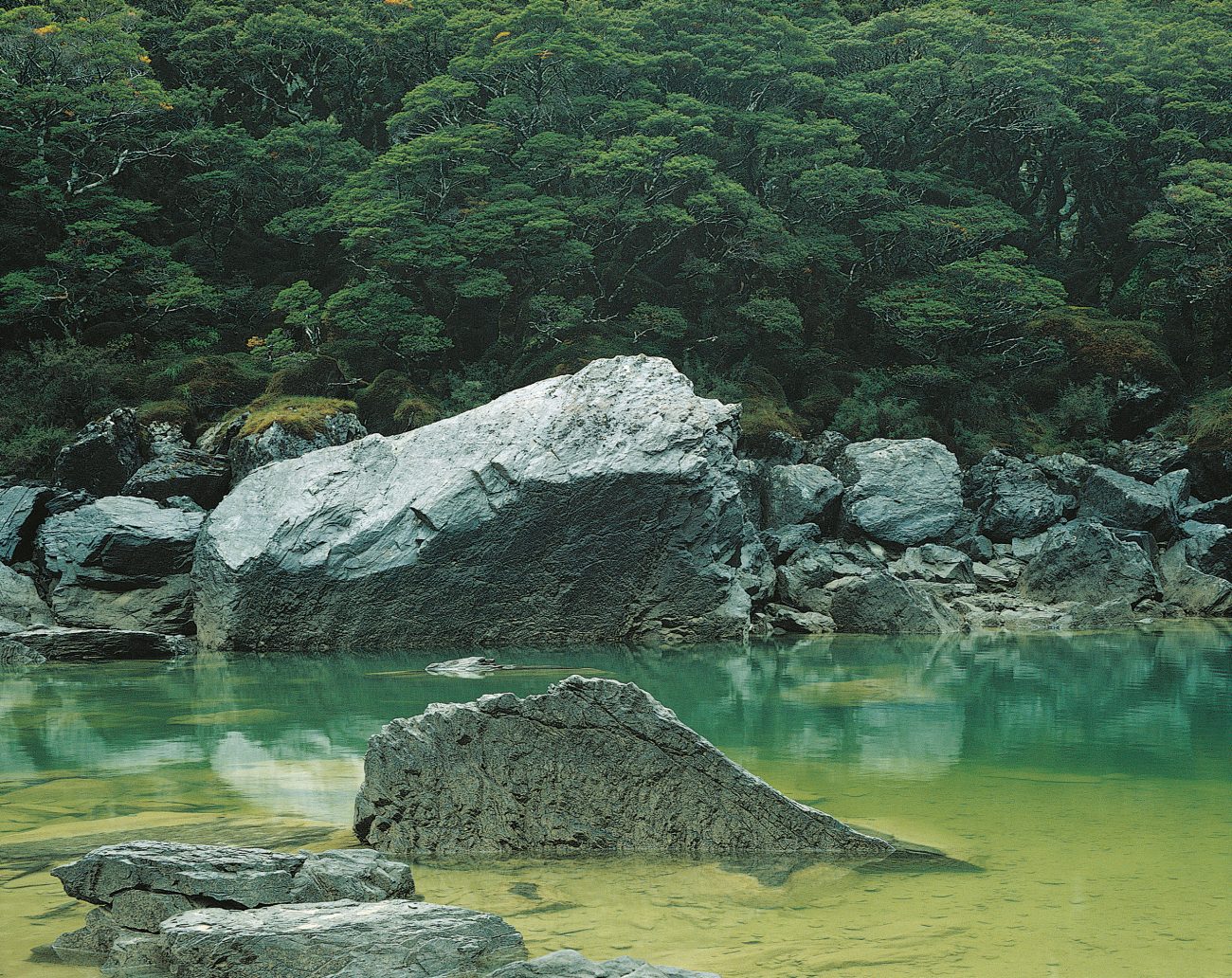 The Routeburn Track is a high mountain traverse of the Ailsa and Humboldt mountains, two spectacular glacier-sculpted sandstone ranges wedged between the granite peaks of Fiordland’s Darran Mountains and the crumbling schist ranges of Mount Aspiring National Park.

If you start the Routeburn from its southern end and climb to the grand viewpoint of Key Summit, you almost immediately gain an impression of the impact that glaciers had on the southern South Island landscape—in fact everywhere you look is a postscript to the last Ice Age that peaked 15,000 to 20,000 years ago. Below, the Hollyford Valley describes the classic U-shape of a glacier-carved valley, and its steep sides retain the classical imprints of a post-glacial landscape: hanging valleys, headwalls, cirque basins and aquamarine tarns.

Across the valley, where remnant glaciers persist on the highest Darran summits, are fine glacier-honed ‘arete peaks’ like Pyramid and Christina, while northwards lies the beautifully rendered Emily Peak above Lake Mackenzie in the Ailsa Mountains. If morning cloud has filled the Hollyford to the bushline you can imagine that cloud as a huge glacier, fed by numerous side glaciers, and so start to comprehend the enormous drama that took place here when the ice was on the move. Indeed, the glacier that filled the Hollyford was so deep that it flowed over Key Summit (today a forest-fringed mountain bogland) and dispersed tongues of ice into the Eglinton and Greenstone valleys, while the main flow continued down the Hollyford to well beyond the present shore at Martins Bay.

The glacial imprint appears so fresh because the granites and sandstones of these dramatic mountains are more resistant to the weathering forces that elsewhere have worn away the glacial record. At any time of year, even in midsummer, walking the Routeburn can become a meditation on the language of glaciers as you move beneath sculpted faces and ridges, past Lakes Howden, Mackenzie and Harris—created when the ice retreated—and past large boulders sure to be heavily scratched and serrated by broken rocks dragged over their surfaces while embedded in ice.

The Routeburn is most often walked in three days, with evenly spaced stops at Lake Mackenzie and Routeburn Falls.