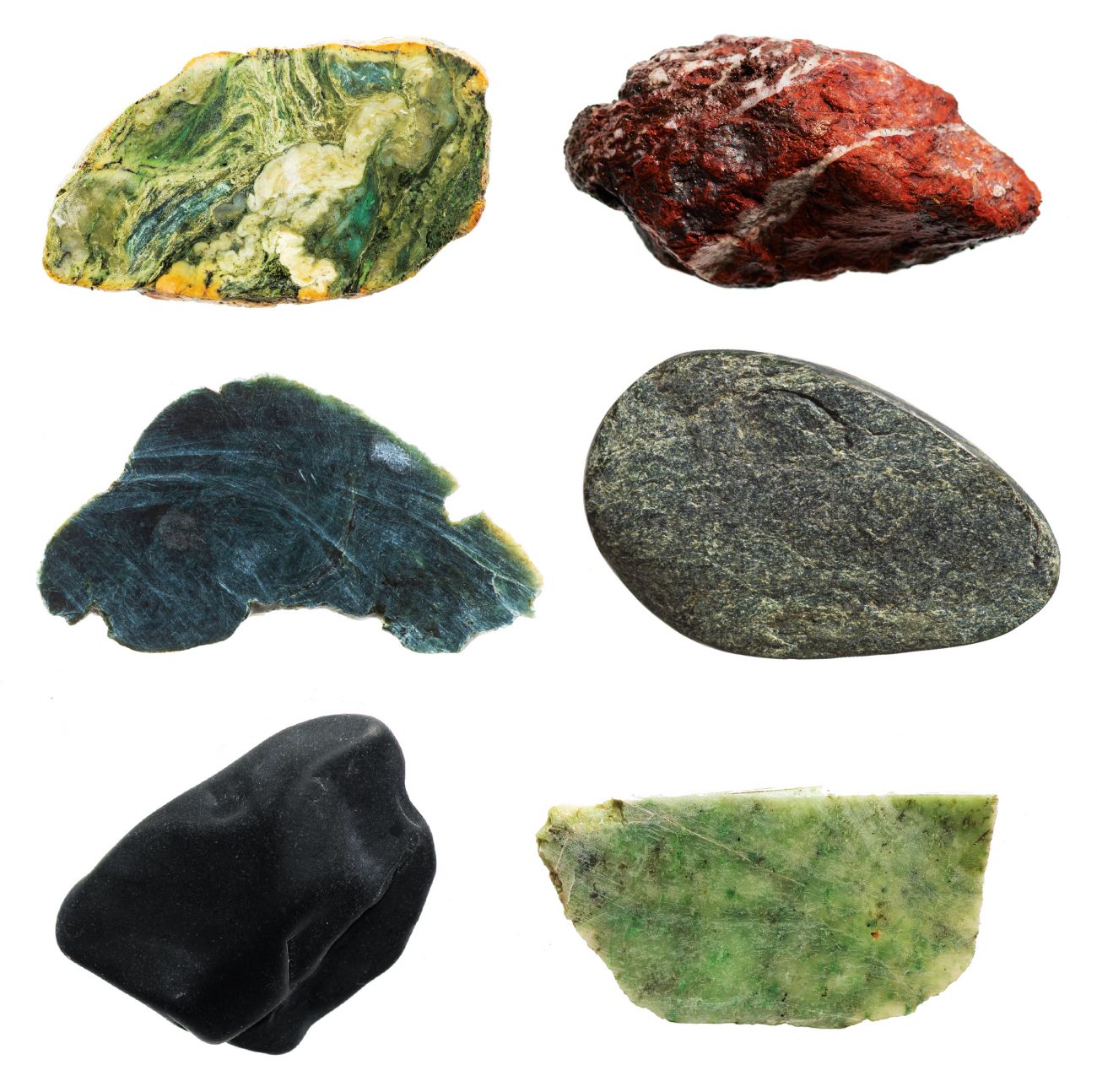 The previous issue of New Zealand Geographic featured a story about rock hounds—people who fossick in rivers looking for interesting specimens. Several readers wrote to say they would have liked to see more of the rocks up close. Photographer Andy Macdonald became a keen rock fossicker himself while working on the story, and made ‘portraits’ of some of his own finds. Clockwise, from top left: the cut section of a botryoidal pounamu which also contains the minerals diopside and serpentine; an orbicular poppy jasper, so named for its texture and colour; unpolished pounamu; grossular garnet; pakohe, or argillite; the blue-tinted pounamu found in the Nelson region.

Got thoughts about one of our stories? letters@nzgeographic.co.nz