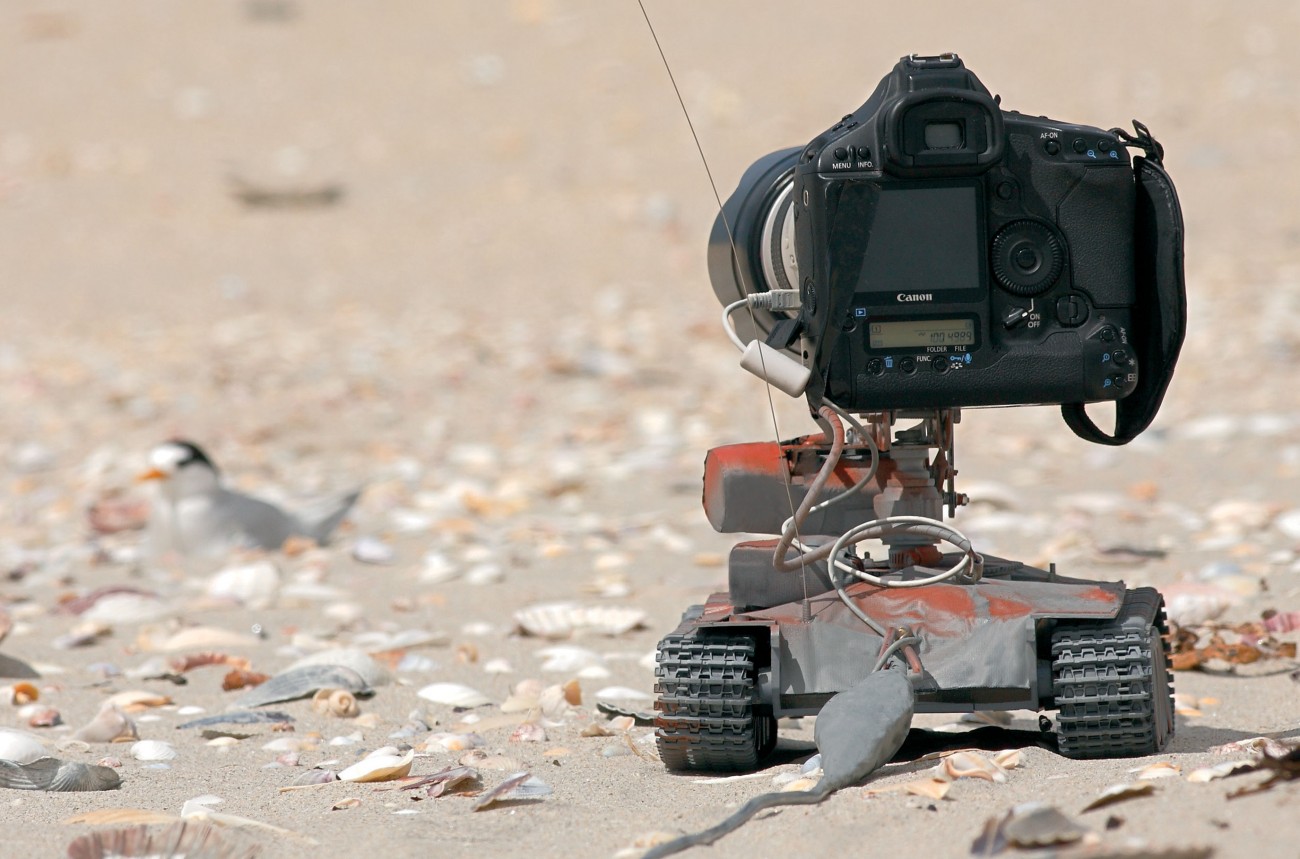 It would be easy to assume that taking a photograph is as simple as pointing and clicking. But there are some notable exceptions. Over two decades, New Zealand Geographic photographers have pushed the limits of their equipment, and on occasions found that their subjects demanded more than their equipment was capable of.

Michael Schneider constructed his own flash equipment by recycling devices from disposable cameras small enough to fit inside flowers in order to photograph bees. Nic Bishop built miniature film sets surrounded by a complex assemblage of strobes to capture bats, butterflies and even frogs in flight. Rod Morris built cameras into hollow trees and left them there for months in a bid to catch rare kakariki nesting.

And even in this age of digital cameras—which seem to be able to do everything but cook your breakfast—the driven photographer is still compelled to innovate, especially when presented with a tough subject: a fairy tern, for instance. For a start, there are only 36 individuals of the subspecies on the planet, and they are extremely timid. Even scientists who have been working with them for years are loath to approach closer than a few hundred metres for fear of distracting them from their business—fledging chicks that are the remaining threads of hope for the species.

Very long lenses would not reveal the intimate portraits that the magazine required, so the job fell to an electronic proxy. Enter RoboCam, a radio-controlled, tracked, all-terrain, robotic camera that looks as though it was built by NASA for a mission to Mars. Except it wasn’t—it was built by photographer Rob Suisted on his kitchen table to photograph fairy terns on the Mangawhai dunes 80 km north of Auckland.

It can be driven through soft sand, over obstructions and closer to nesting terns than they would tolerate people. Then, swinging a state-of-the-art digital camera mounted on top of a servo-driven robotic arm, Suisted can aim and fire at will, from his laptop computer. Given a decent wireless internet connection, he could have shot the assignment from his sofa in Wellington. Well, perhaps not, but given that NASA’s Martian rover is currently wheel-spinning in a crater, it wasn’t a bad effort at all.