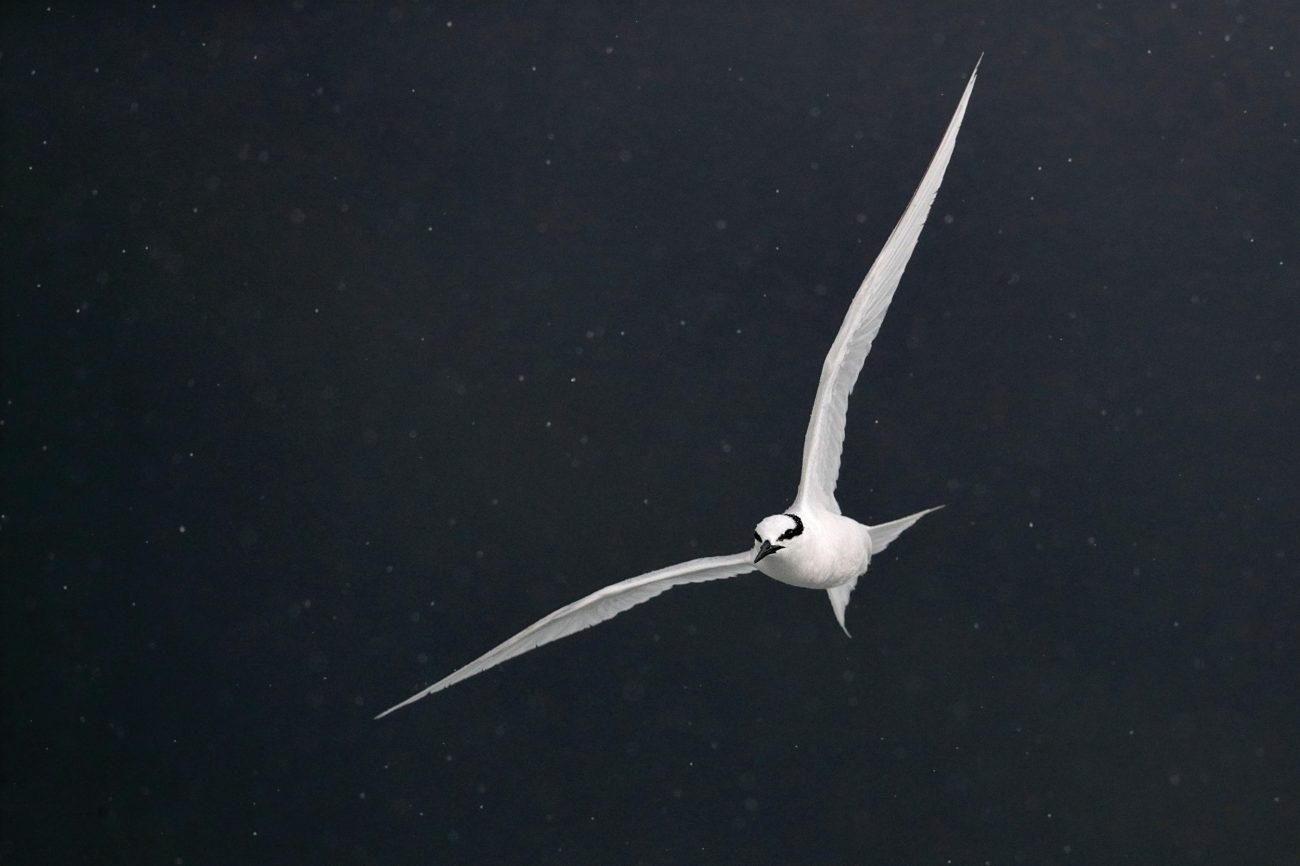 In February 2022, Tropical Cyclone Dovi brought weather chaos to New Zealand’s North Island—along with a few unexpected visitors from warmer waters in the South Pacific. Noddys, frigatebirds and a bridled tern were reported from Northland, while a lone tern caught the eye of Hayden Pye, a Massey University doctoral student visiting the Muriwai colony. Colin Miskelly, curator of vertebrates at Te Papa, describes this find as “the pick of the bunch” from the flurry of vagrant sightings. It was New Zealand’s first-ever record of a black-naped tern, usually found frequenting the ocean around New Caledonia. Sadly, the emaciated tern died, but its legacy lives on as a specimen at Auckland Museum, and as a new bird on New Zealand’s official species list.