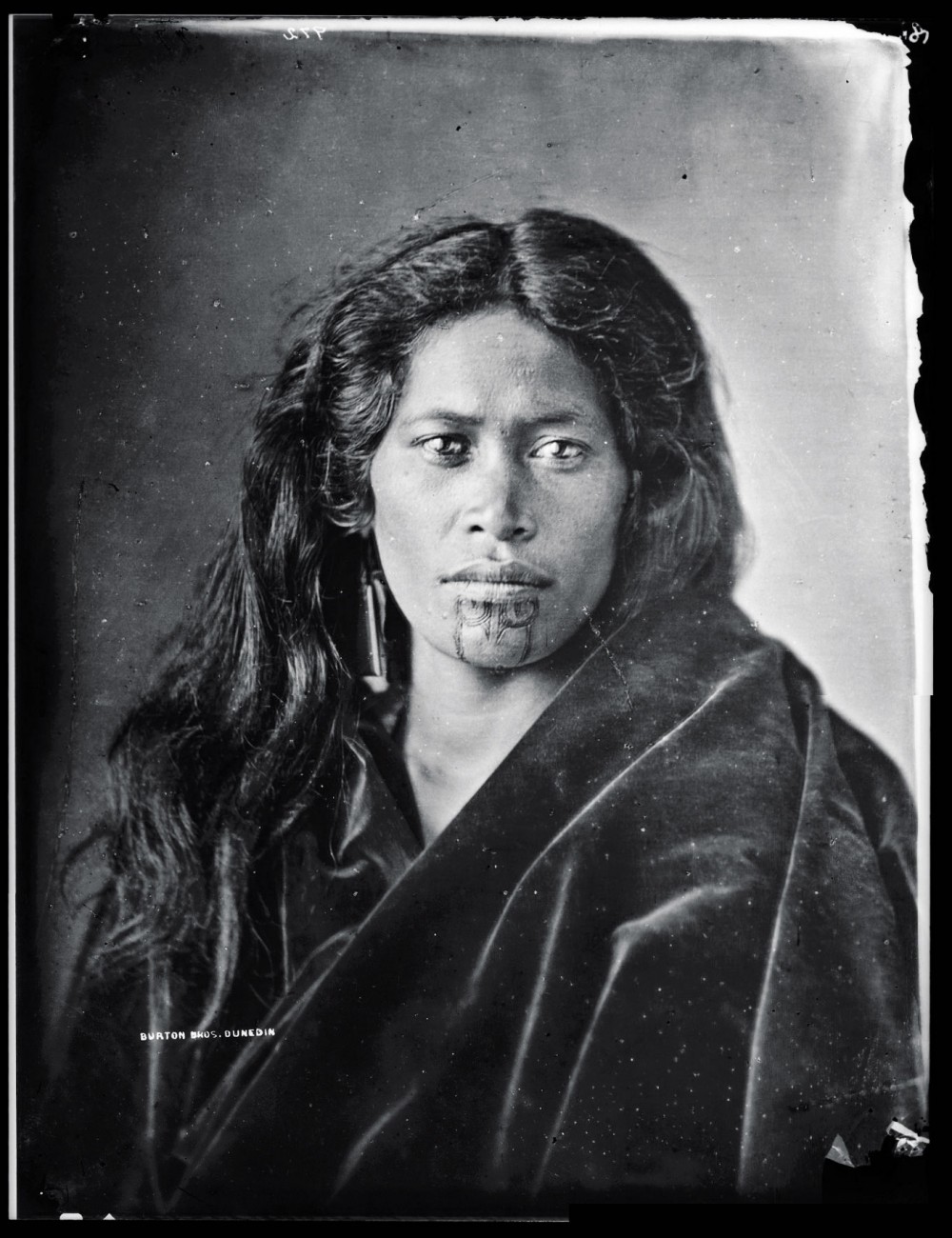 Just a addressing anyone who fixes you with their eyes, it can be hard to turn away from the unblinking gaze of a portrait. When researching imagery to appear in Vaughan Yarwood’s feature on the work of photographer John McGarrigle, I came across the arresting portrait of a Maori woman; her glassy, penetrating stare cutting through 130 years of history as if I were looking through a window.

And yet we know nothing at all of the woman, other than what photographic curators assume, that she walked into McGarrigle’s studio in Queen Street, Auckland, sometime in the 1870s, sat upon a chair beneath a skylight, accepted a cloak about her shoulders—perhaps to complement her jet-black hair—and eyeballed the Irish photographer.

The optics of the day had an uncompromisingly shallow depth of field that rendered her eyes and moko in fine detail upon the glass-plate negative. We do not know whether she paid for the picture, or was paid by the photographer on the strength of selling the collectible images internationally. She may have been presented a picture postcard of her likeness as a gratuity, but then walked out the door and back into the inscrutable stream of history.

Regrettably, the reality of her life beyond the attractively rustic frame of this photograph may have been anything but charming. Influenza, measles and other diseases for which they had no natural resistance had obliterated the Maori population. Land loss and suppression of language, traditional religion and governance had taken a cultural toll and, by the end of the 19th century, Maori numbered barely 40,000. Indeed, many believed that the people would die out altogether, a macabre prospect that dramatically increased the collectable value of cartes de visite such as the one the woman had just been photographed for. Images of this dwindling people became hot property in Europe, though Maori were also astute traders, aware of the value of art, and likely made the best of any photographic transaction, in cash or in kind.

The facts of history undoubtedly contribute to the feeling I have when looking into her eyes more than a century distant. If writing is captured voice, photography somehow steals the light from one moment and presents it in another. It’s time travel­ this woman’s gaze as effective in this moment as it was in the 1870s, not in the least because it was directed at a colonial.

What would history be if it didn’t have some bearing on the future, couldn’t shape our actions in some way? And if a photograph can render such powerful effect from one century to the next, how much more then can we value an historical artefact that we can actually inhabit, walk through bodily, touch and feel. The buildings in which we live and work are a defining component of who we are, and a constant reminder of our past.

Cantabrians, who have lost so much of their shared history beneath the rubble, face a disturbing double irony—the few treasured heritage buildings that have survived the earthquakes may no longer be suitable for their future; either structurally, or in the commercial marketplace that sets the agenda of the day. But standing back from the balance sheet for a moment and looking upon the images of Canter­bury’s finest architectural edifices (even if we’re no longer allowed to walk inside them), one can sense an historic value beyond commercially acceptable rental returns. Because once the brick and mortar is struck down, it’s very difficult to imbue tilt-slab pre­cast concrete with two centuries of human history, and long-run roofing will never suggest the divine like a Gothic vault or a frescoed dome.

Like images of old, heritage buildings connect us to our past. “That relationship, that connectedness, is really important for our well-being,” says Jacky Bowring, associate professor of landscape architec­ture at Lincoln University. “It’s about who we are and where we are.”