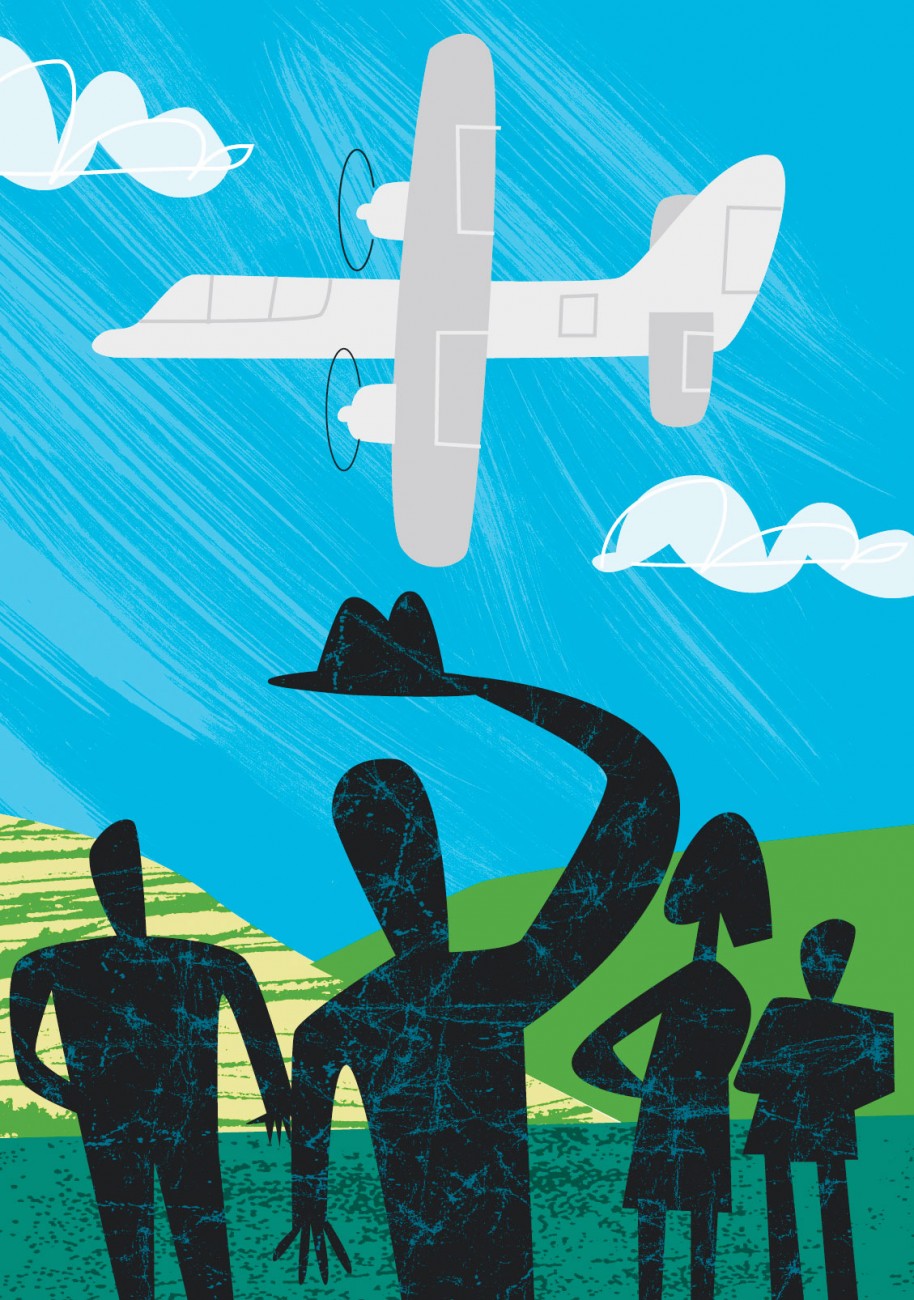 Stop all the clocks, cut off the telephone. So begins W.H. Auden’s poem of intense mourning (popularised in Four Weddings and a Funeral), which seems outlandish by urban standards, where mourning often means a hearse in traffic, a black awning over a sidewalk, and a service slotted into a tight schedule of several strangers’ farewells.

It’s an aspect of Stewart Island life I appreciate: funerals down here actually manage to come close to obeying some of the poet’s directives. Of course, there’s always the poor soul at the service who forgets to switch their cellphone to Respectfully Sombre mode—yes, we have cellphone coverage on Stewart Island. But while the clocks don’t stop, business does: Ship­to-Shore (our only shop) shuts and a “back soon” sign goes up on the door of the building, which is both the flight centre and the post office.

Silence the pianos and with muffled drum; Bring out the coffin, let the mourners come. We come, in our respectful navies, blacks and charcoals: from Horseshoe Bay, down from Thule, round from Ringaringa, just about everyone. There is standing room only in the hall. The perpetually capped men remove their hats and suddenly seem both older and younger—balding, vulnerable. The silent-piano-muffled-drum thing? Well, truth be told there’s usually music. In fact, tourists walking past the Community Centre last November might have thought Flight of the Conchords was performing, given the bursts of music and roars of laughter emanating from behind the pine walls. That was Sam’s do.

Sam Sampson, aka the Fluid Druid, was a local identity who drove a mustard-coloured beast called Billy the Bus with which he showed hundreds of visitors the island over the years. Sam’s mates spoke of Billy’s scrape with a penguin; Sam’s never-ending love for his ex-wife; his rude short shorts; and his deathbed request that his ashes be placed in a paper bag, tied to Billy’s rear bumper, and driven around the island till the bottom blew off.

Let aeroplanes circle moaning overhead; Scribbling on the sky the message He Is Dead.

Stewart Island Flights made an extra loop around the bay when they took Sam’s body off-island, and his friends stopped what they were doing and watched until the plane was a wee glint of silver in the sky.

You’ll eat well at an island service: muttonbird, whitebait patties, mussels, cray, and bacon-and-egg pies. You’ll drink your fill and then some. The bar at the hall opens and mourners imbibe, and then they head around the corner to the pub at the South Seas Hotel and remember some more, drink a few more drams. Wilson’s whisky. That was Sam’s drop.

Years ago, I visited one of those spooky ghost towns in the American southwest and saw a grave I won’t forget: beer cans cemented into a plaque and the words etched pre-mortem by the dead man: Held in the arms of my desert, I assuredly rest in peace. Sam was cared for by his mates and neighbours and our local nurses Marty and Debs through his final days, like so many before him and many of us to come, and all of our graves could say much the same: Held in the arms of my island, I assuredly rest in peace.

Auden writes Put crepe bows round the white necks of the public doves; Let the traffic policemen wear black cotton gloves. We’ve only got one cop and no traffic, and I’d pay to see someone attempt to put a crepe anything on a member of our unruly sharp-beaked kaka population.

But what more moving portrait of respect than 300 pairs of gumboots at the door. What more moving words than—sorry Auden—the lines penned by Sam himself, a few weeks before his “do down the hall”. Vicki, the Sunday night pub quiz mistress (who brought him the quiz up until he died), read this aloud to the gathered crowd:

This is a message to all of you woodchuckers, Pill pushers, young scrubbers and the old suckers, The DVD pirates and the cutter runners, Some of you I’ve known half me years, Some of you have only recently visited here, You all know who you are, with coffee, wine & beers, I’d like to say thanks and I love you to bits, But if I said that aloud you’d all be in fits So bugger you all, you bloody good gits.