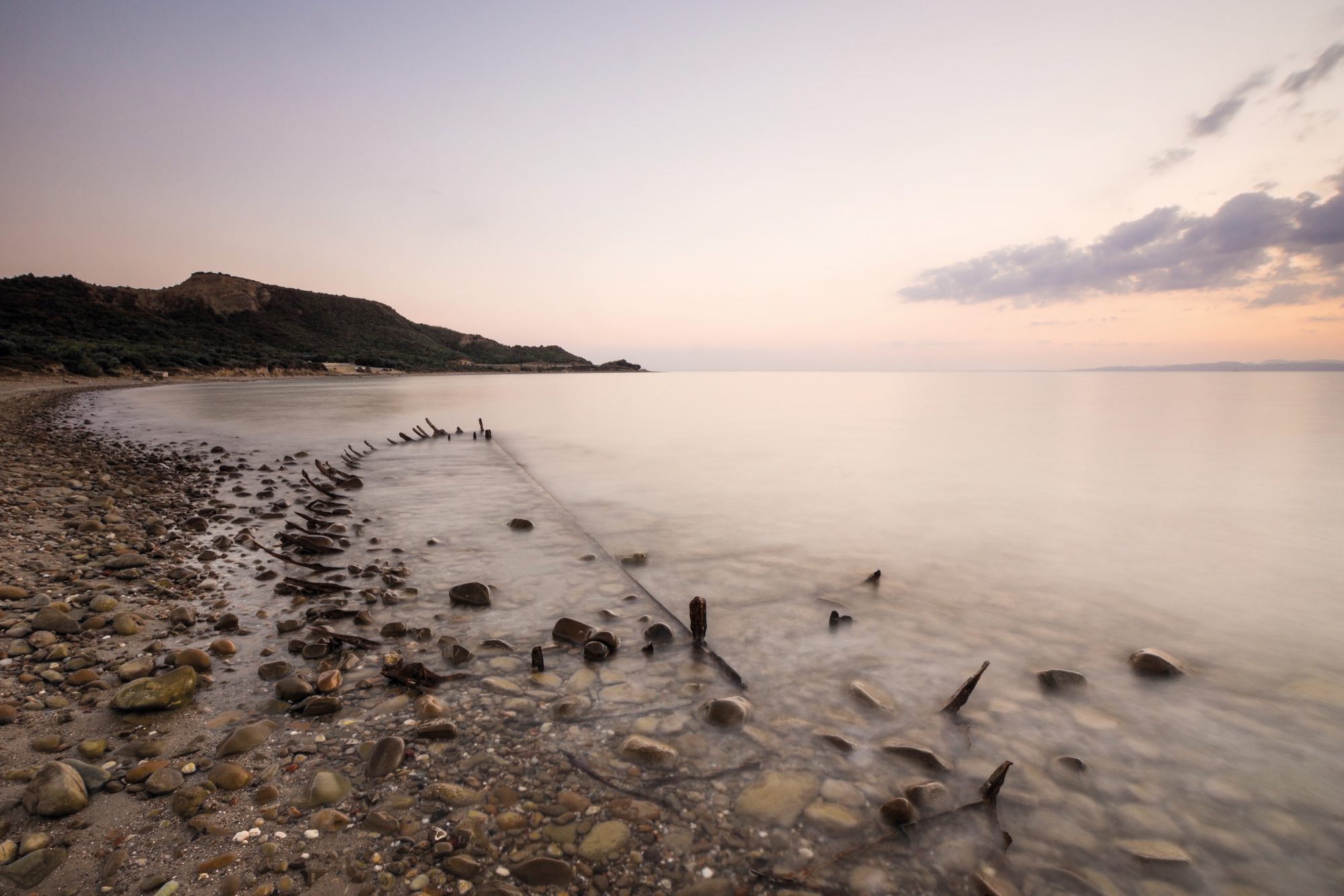 There was no avoiding war when I was at primary school. Every morning, we entered the playground through ornate memorial gates, on either side of which were brass plaques bearing the names of old boys who had fought in World War I. The small crosses next to many of the names, I soon learned, signified they had been killed.

Occasionally we might inspect the lists, perhaps find someone with our own surname. But mostly those gates functioned less as a reminder—lest we forget—than as a kind of confirmation that otherwise hazy ideas of war and loss and honour and sacrifice were just part of the architecture, the bricks and mortar of nebulous national identity.

Every New Zealander has their own version of this. There is barely a town or suburb in New Zealand without some form of war memorial—those gateways, cenotaphs, monuments, statues and town halls dedicated to the memory of the fallen can seem almost as numerous as corner dairies or pubs. Unsuspecting visitors could be forgiven for thinking the land had been swept by some appalling catastrophe that left no village or hamlet unscathed.

Which of course it had. Most of the countless memorials that rise like giant tombstones from town squares and traffic islands were built in the aftermath of the Great War. The carnage may not have occurred on native soil, but the shock and grief at what happened on the other side of the world are engraved in local stone wherever you turn.

The prevalence of all this memorialising has the paradoxical effect of normalising the enormity of the events it recalls. The monuments and rolls of honour become part of the scenery, the business-as-usual of our civic landscapes. It’s only really when you pause to reflect properly on the scale of the loss recorded in all that granite and marble that you begin to sense the national trauma it signifies.

It’s staggering to consider that in 1915, the country could assemble an army of 100,000—roughly a fifth of its entire male population. Of those, just under a fifth were killed and another 40,000 wounded. In a country of around a million people, that is a casualty rate of epically distressing proportions. What response, other than tears, could there be?

As local communities, parishes, schools and sports clubs picked themselves up from the disasters of Gallipoli and the Western Front, the great age of war memorial building began. We now live surrounded by that record of death.

What is touching about this mass mobilisation of masonry—as Chris Maclean and Jock Phillips point out in The Sorrow and the Pride (to which this article is indebted)—is that no two monuments are really alike. This wasn’t a nationally mandated programme of official mourning, but rather the simultaneous expression of community sentiment, about lost boys from small districts, the same classrooms, the same teams and workplaces. The inscriptions can be grandly pious—“the glorious dead”, the “supreme sacrifice” and other heroic phrases from the Christian tradition—but they cannot entirely drown out the smaller voice of individual and family sadness.

Inevitably, given how much was being commissioned, a highly specialised school of memorial architecture and sculpture quickly emerged. One of its greatest exponents was the hugely talented architect William Gummer, whose firm designed some of New Zealand’s best-known memorial buildings and monuments, including Wellington’s National War Memorial, Christchurch’s Bridge of Remembrance and the Dunedin Cenotaph.

I didn’t know it at the time, but Gummer was also responsible for the elegant and understated memorial obelisk, with statue atop, that stands at the front of my old secondary school, Auckland Grammar. The ink was barely dry on the Armistice document when the old boys voted to honour the 268 former pupils who had died on the cliffs of Turkey or in the mud of Flanders. For the school today to lose that number would be beyond belief; for the younger, smaller school it was then, it must have seemed almost apocalyptic.

Gummer once observed (of the arch on the Christchurch Bridge of Remembrance) that he had tried to avoid the typically “brutal glorification” of war that triumphal arches tend to display, and had instead attempted “to glorify the deeds of war rather than war itself”. And it is somehow heartening to know that the architect of so much of our memorial iconography was so acutely aware of this crucial dichotomy.

Whether the uniformed boys inside the great school hall next to Gummer’s obelisk inherited his nuanced view is hard to say. Anzac Day was a holiday, pure and simple, and if it meant enduring the usual cant and sanctimony about war and sacrifice, we were all for it. This was the 1970s, and the version of New Zealand’s war history fed to us, from the headmaster’s speech to the bugler’s Last Post, was a conventional one: they fought and died so that we might live in peace, it was all about freedom and democracy, and let’s leave it to the war poets to capture anything more visceral than that.

Outside the school gates, of course, those traditional myths of Anzac glory were being challenged occasionally by the Vietnam protests and the odd counterculture warrior brave enough to risk certain arrest and guaranteed public odium by storming a dawn parade to wave a peace sign and shout something about napalming children.

Still, the overwhelming impression imparted by those ubiquitous war memorials, the solemnity surrounding their attendance and the veneration of the dead and the missing, was of a one-sided suffering. The brave Anzacs may have been poorly served by the British officer class, the campaign misconceived and the entire war a wasteful exercise in imperial hubris…but something noble happened on Chunuk Bair (and in the trenches of Passchendaele and the Somme) that we later recognised as the first stirrings of a post-colonial New Zealand identity.

It took another collection of war graves and monuments to put this in proper perspective.

We arrived by coach from Istanbul, intrigued to finally see this exotic place whose name was nonetheless so familiar. Gallipoli is austerely beautiful, and one can easily imagine its coast dotted with resort hotels and bars, were it not as sacred to the Turks as it is to Australians and New Zealanders.

Along the shoreline and up the hillsides the geography tends to match the received version of the battle passed down in lore—Anzac Cove, the landing sites, the grim struggle such a landscape must have meant for the poor soldiers.

The small marker stones of the graves begin almost at the water’s edge, each one recording some young man’s name, age, rank and regiment. Some are just boys, as young as 17.

At the Chunuk Bair cemetery and memorial on the ridge above, more names, more graves, more monuments and crosses, more silence. Sometimes it takes the tranquillity of an old battlefield to explain an obvious truth. Of course the Anzacs were not alone up here. There are the other allied soldiers who died here, in vaster numbers, too. And there are the Turkish dead who outnumber them all, virtually two to one.

I don’t doubt that at some stage we were taught this simple fact—that the Turks perished in extraordinary numbers defending their homeland. Perhaps we were even told of Kemal Atatürk’s supposed exhortation to his troops: “I am not asking you to win, I am asking you to die.” But it wasn’t until I stood on the peninsula myself, able to visualise what it might have been like in less-benign circumstances, that I began to fully grasp another side to the story—one that is also written in stone.

Alas, the annual scripted pieties of Anzac Day and our genuine respect for the dead tend to preclude any examination of the true causes of that war, or any war. Officially, at least, it remains taboo to suggest that freedom and democracy may have been rather less on the minds of early 20th century politicians and generals than the lust for power and territory. Let alone, as the writer Chris Trotter has suggested, that New Zealand’s involvement was born largely out of a desire to ingratiate ourselves for strategic economic advantage.

Lest we forget, indeed. In 2015, these ideas are as pertinent as ever, as the ‘Anzac spirit’ is invoked by modern politicians justifying participation in the latest episode of a seemingly endless ‘war on terror’. The spectre of the Islamic State and the threat of it exporting its mediaeval barbarities to the West have seen a re-mobilisation of essentially the same club of nations that prosecuted the Great War, albeit with Germany now firmly on ‘our’ side.

The historical ironies are too rich for any monument or memorial to capture. The lines the victors drew across the map of the old Ottoman Empire—creating new states such as Iraq, Saudi Arabia, Yemen, Palestine and Lebanon—are also the lines that link our generation to the one that fought and died a hundred years ago. The flash points of the modern Middle East and the current horrors being endured in Syria and Iraq are part of a continuum of which the Anzac tradition is also a part.

Well, the contested nature of collective memory is probably best left out of the dawn service sermons. The crowds that now gather on Anzac Day—including the young travellers who make the pilgrimage to Gallipoli itself—are drawn by something more elemental. Many are the children, grandchildren or great-grandchildren of old soldiers. That sense of personal as well as communal continuity is a form of spiritual solace all too rare in our otherwise material and secular culture.

The best war memorials, then, are also places of consolation. Who cannot be moved by the words of Atatürk inscribed on the Turkish memorial to the dead of Gallipoli? “You, the mothers who sent their sons from far away countries, wipe away your tears. Your sons are now lying in our bosom and are in peace. After having lost their lives on this land they have become our sons as well.”

It’s worth noting, though, that the Atatürk Memorial in Wellington, which bears the same inscription, was staunchly opposed by local Greeks and Cypriots, still enraged by Turkey’s invasion of Cyprus in the 1970s. Again, there is never just one story, and a monument that aims for a kind of reckoning with the past—even an “atonement”, as Jock Phillips characterised it—is an altogether more complex symbol than one devoted purely to remembrance.

As with any work of art—and the great war memorials are most definitely works of art—meaning becomes a subjective thing. As does memory. We may choose to be reminded of different things, be it valour or vainglorious folly, the loss of innocence or the price of freedom.

Whatever the original purpose of our war memorials, or the intentions of their makers, in the end they outlive us. Old meanings and functions slip away and new ones take their place. Given enough time, a thing inspired by terrible events can become merely decorative, a tourist attraction, a historical curiosity or a museum piece.

Or it can simply fade away. Already around New Zealand there are monuments to the Great War being overtaken by nature and decay, paint peeling off weather-beaten memorial halls, lonely remnants of long-gone communities and abandoned towns.

The great Czech writer Milan Kundera said, “The struggle of man against power is the struggle of memory against forgetting.” He wasn’t speaking of the need to endlessly remember the events themselves, but rather the causes. If our war memorials ultimately come to remind us that we must never have cause to build any more, they will have served us well.