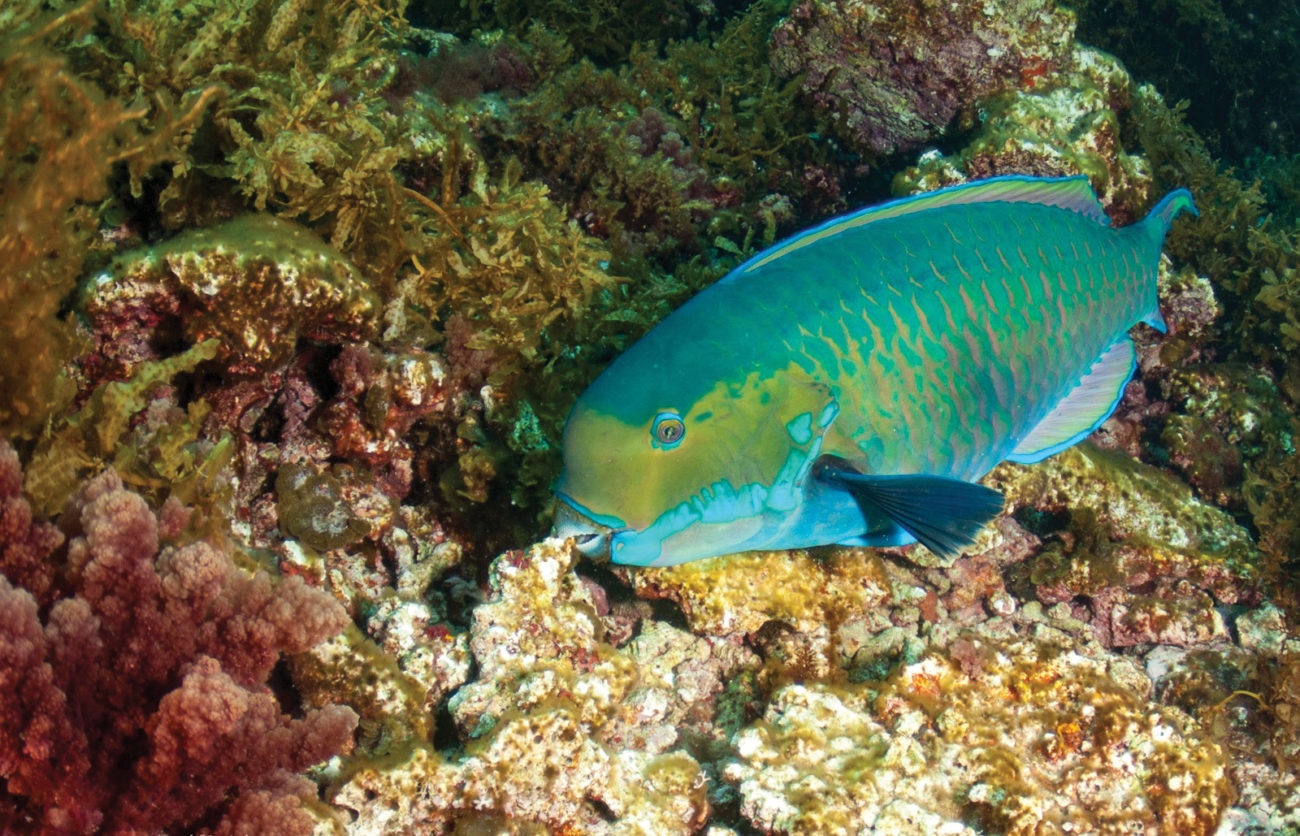 After severe coral bleaching—the stress response of coral to higher sea surface temperatures—parrotfish thrive, a new study by the Australian Institute of Marine Science (AIMS) has found. Researchers looked at fish populations on two bleached reef areas—the Great Barrier Reef and the Chagos Archipelago in the Indian Ocean, 8000 kilometres away.

Parrotfish populations in damaged reef areas were two to eight times as high as normal, and individual fish about 20 per cent larger. The fish use their beak-like teeth to scrape microorganisms off coral.

Study co-author Brett Taylor believes the parrotfish’s presence helps the coral repair process, as their feeding creates large areas of newly barren surfaces. He thinks coral and parrotfish might create a positive feedback loop: the fish nibble away microalgae and cyanobacteria ‘scunge’ from the coral, giving it a better chance to recover.

“Parrotfish are a vital link in the reef ecosystem,” says co-author Mark Meekan. “As herbivores, their grazing shapes the structure of reefs through effects on coral growth and suppression of algae that would otherwise proliferate. Because of these important ecological roles, they have been described as ‘ecosystem engineers’ of reef systems.”