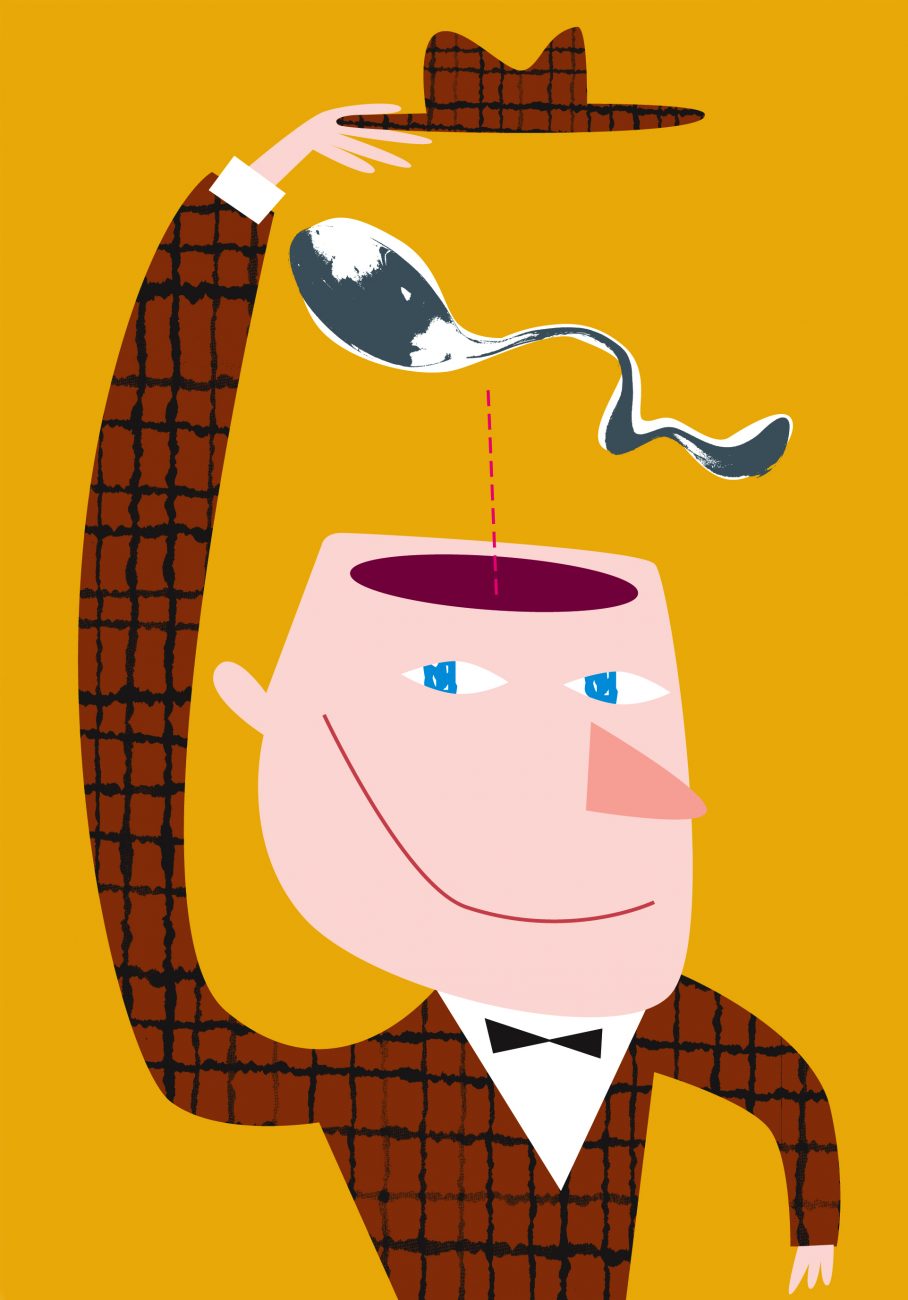 The TV2 show Sensing Murder features people who claim to have psychic powers, which they use to help to solve cases of murder. When shown a photograph of a victim, they try to communicate with the spirit of the person slain to determine details of their life and death. Psychic mediums claim the power of telepathy, which is the ability to communicate through means other than the senses.

Belief in telepathy has a long history. In 1882, the Society for Psychical Research was established in London to investigate telepathy and other psychic phenomena such as ghosts, trance states, levitations, mediums and communication with the dead. Its first president was Henry Sidgwick, later professor of moral philosophy at Trinity College, Cambridge, and other distinguished members included the experimental physicist Lord Rayleigh, the philosopher Arthur Balfour, who was later Prime Minister of England from 1902 to 1905, and Sir Arthur Conan Doyle, author of the Sherlock Holmes stories. The society attracted the interest of psychologists Sigmund Freud and Carl Jung, and the pioneering American psychologist William James was so impressed that he established the American Society for Psychical Research.

These societies, and many others dedicated to psychical research, remain active, but despite interest from distinguished writers, philosophers and scientists, telepathy and related psychic phenomena remain unproven and are indeed contrary to known laws of physics. The evidence, in fact, is generally so weak that fraudsters have been quick to cash in.

Uri Geller, an Israeli-British stage performer, rose to fame in the 1970s with television shows on which he claimed to demonstrate psychic powers. He is perhaps best known for his prowess at bending spoons, apparently through the power of thought. Stage magicians easily duplicate Geller’s demonstrations without resort to psychic powers—including James Randi, who wrote a book entitled The Magic of Uri Geller (which was later revised as The Truth About Geller). Two Otago University psychologists, David Marks and Richard Kammann, were able to repeat Geller’s demonstrations on television, leaving no spoon unbent, again without any claim to psychic powers. They, too, wrote a book exposing the field of psychic phenomena, and Geller in particular, entitled The Psychology of the Psychic. These books are highly recommended, but alas do not have the selling power of books proclaiming the existence of the psychic.

Why, then, is there such a strong imperative to believe the unbelievable? One reason is that belief in a spirit that is accessible through psychic powers helps to alleviate the inevitability of death, and distress caused by the loss of loved ones. Belief in the psychic is often no more than wishful thinking.

Another reason is the power of anecdote. Single occurrences of improbable events, such as a friend phoning just as you were about to phone them, are never proof of a general rule. Our lives are complex and multifaceted, and unexplained happenings can occur through sheer coincidence. Our minds are also furnished with the often-unconscious power to embellish, so an event can seem more inexplicable the more one dwells on it and the more one tells the story. Moreover, we are actually quite good at reading minds, though not through extrasensory means. We can often know what other people are thinking through implicit knowledge of their habits, or small clues from their demeanour or facial expressions. Even a photograph is more than a blank slate.

There remains no convincing scientific evidence for extrasensory perception. The James Randi Educational Foundation, established in 1996, offers a prize of US$1,000,000, so far unclaimed, to anyone who can demonstrate scientific proof of psychic powers. If you think you qualify, go to www.randi.org for details—and good luck.