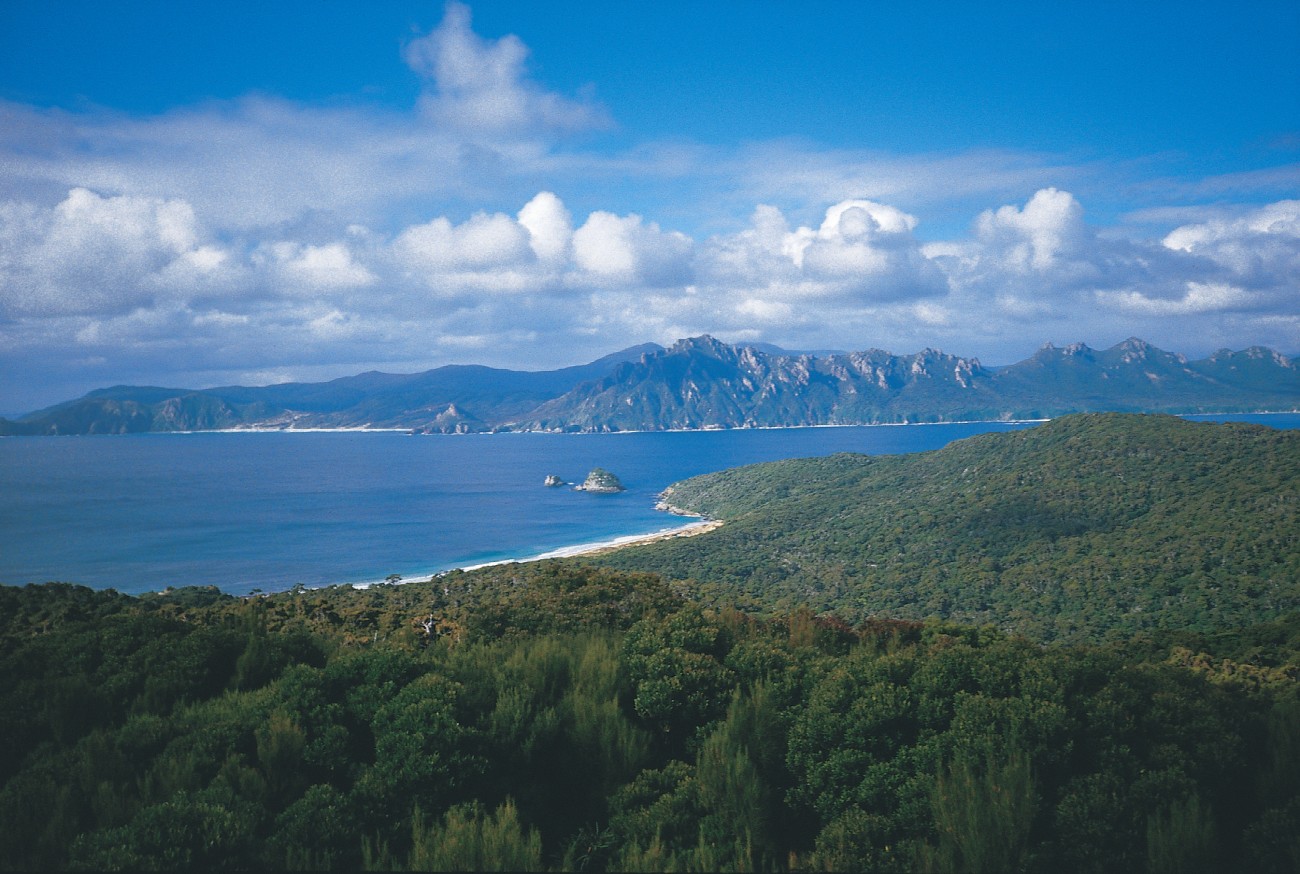 This winter, the Department of Conservation is attempting to eradicate kiore, the Pacific rat, from the important wildlife sanctuary of Codfish Island. The project is the latest in a drive to increase the number of “safe” islands where some of the world’s rarest bird species can continue the long trek back from the edge of extinction.

Lying two kilometres west of Stewart Island, Codfish is only a dot on the map less than 1400 hectares but it will be he largest southern island to be cleared of rats.

Early Ngati Mamoe and Ngai Tahu probably introduced kiore to the island they called Whenua Hou as a food source, to supplement the titi (mutton birds) their descend­ants still harvest annually. Like the European colonists who followed, releasing goats, pigs and rabbits on many islands, they had no concept of the devastating effect the liberation would have.

The three species of rat found in New Zealand are all significant predators of the country’s native birds, which have evolved free from terrestrial predators. The largest, the Norwegian rat, is the most destructive, taking eggs, chicks and adult birds. The ship, or black, rat climbs more readily than the others, and often destroys nests after eating their occupants. The kiore is the smallest, but it, too, eats eggs, chicks and even adult birds much larger than itself.

It is not just their taste for meat, however, that makes rats a danger. By clearing the forest floor of seeds and seedlings, and thus prevent­ing the establishment of new generations of plants and shrubs, they have modified the habitats of many bird species. Furthermore, they compete directly with birds for essential seed, insect and plant food to such an extent that some birds, and the plants they rely on, have disappeared from many mainland areas.

Preparations for the mass extermination to be carried out by aerial application of cereal bait laced with an anticoagulant toxin have been under way for over three years. Project manager Pete McClelland says organising the poison drop is the easy part: “The difficulty is knowing how to protect our endangered species from the poison, as each must be treated differently.”

First to be taken care of was the island’s 60-strong fernbird population. Last year, 20 of the secretive birds were transferred to nearby Putauhinu Island, and subsequently nested during spring. McClelland describes the Putauhinu population as an “insurance policy,” a safeguard against the unlikely event of deaths among the birds left on Codfish Island.

As an added protection, the main fernbird habitat on Codfish, an area of about 40 hectares on the eastern side of the island, is to be left untouched by the poison drop. Instead, bird-proof bait stations will be placed throughout the area. Trials have shown these pose no threat to the birds, but using them over the whole island is not practical.

Next to be looked after were Codfish Island’s 45 kakapo. Earlier this year, the entire population was located with the help of trained dogs and moved to another offshore island, where the birds will reside until the baits have decomposed and are no longer a potential danger.

A third species requiring protection is the tiny short-tailed bat, there being an outside chance that a few of these insect-eating mammals might consume an insect that has fed on the baits. To find out where the bats roost, a number will be trapped in mist nets and fitted with minute radio transmitters, allowing their movements to be traced. Shortly before the poison drop, harp traps will be set near the roosts to catch the bats as they fly out for their evening feed. The captives will be kept in specially constructed “bat­eries” until the operation has been completed.

“These are the difficult tasks,” says Pete McClelland, “and because we are dealing with rare species, the people we are employing are specialists. We also have to time the poison drop to coincide with the time of least available natural food for the rats. A little too soon, and they could ignore the bait in favour of their usual food. A little too late, and some of the females may be in their breeding burrows and miss the poison on the two or three days it is effective.”

Complete eradication of rats from island sanctuaries is a long-term mission which is being executed with all the precision of a military campaign. Ulva Island, in Stewart Island’s Paterson Inlet, has already been declared rat-free, and nearby Putauhinu and Raratoka are expected to be rat-free next year. Kapiti Island, off the south-west coast of the North Island, was cleared two years ago.

The programme has attracted support from Ngai Tahu, who have become concerned at the loss of native birds from southern offshore islands. Some of the families who visit Codfish

Island each year to harvest tin have asked for DoC assistance to clear other islands of rats.Andy Cox of DoC’s southern conservancy says that 15 years ago the task of rat eradication, even on the smallest island, was thought impossible. At that time he was employed by the Wildlife Service of the Department of Internal Affairs, with special responsi­bility for the recovery of endangered species. “We knew how to get rid of deer and possums from the islands we wanted to use for rescue operations,” he says, “but rats were con-sidered an unbeat­able pest.”

Now he looks forward to the time when islands much larger that Codfish, such as 11,300 ha Campbell Island in the subantarctic, can be tackled with confidence: “Each of the islands in the programme is a building block that we add to our knowledge base.”

But time, he emphasises, is of the essence: “If we move too fast, we run the risk of overreaching ourselves, and of failure. But if we move too slowly, we draw out the time our endangered species are under threat.”

The time for Codfish, however, is now.