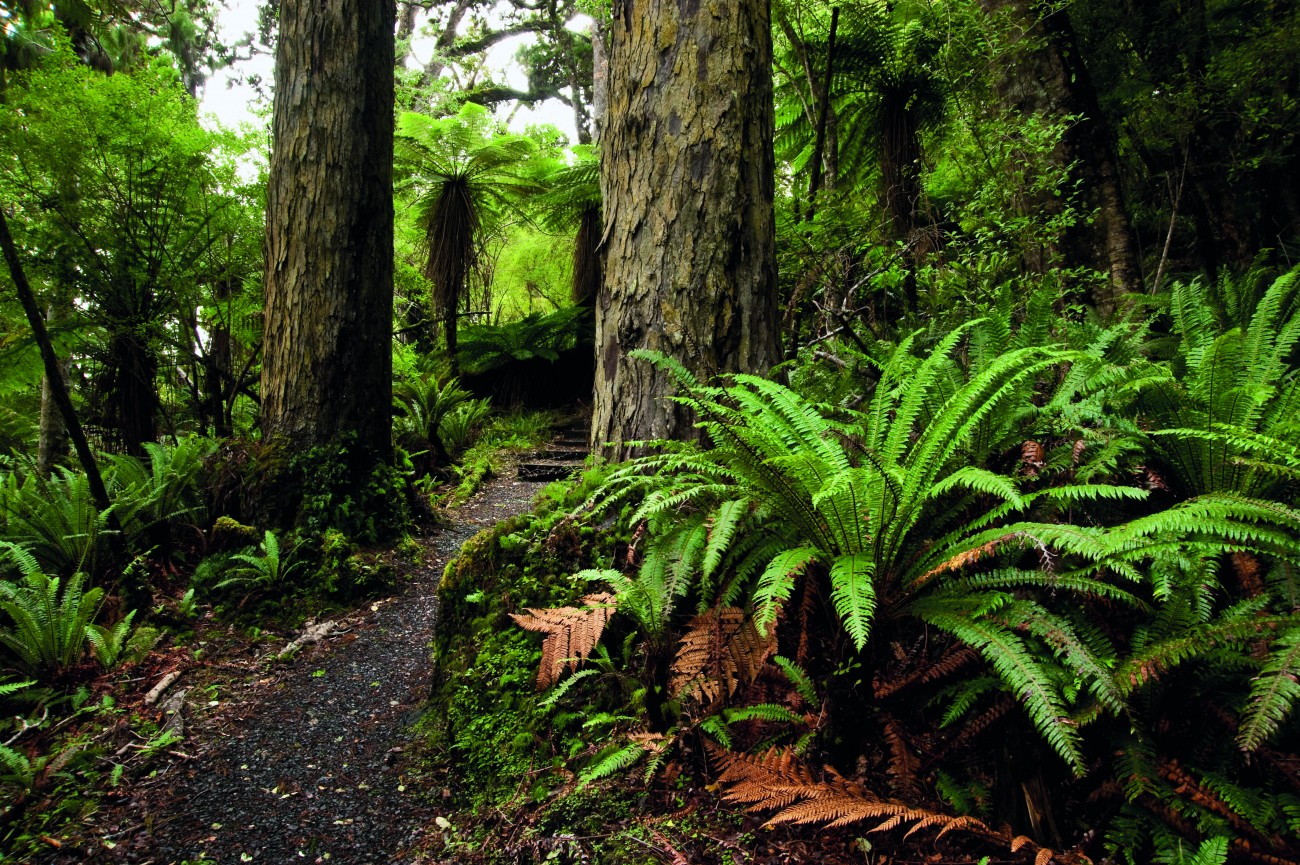 If anywhere gives an impression of what the early settlers must have seen and felt when they first arrived in New Zealand, perhaps it is Stewart Island/Rakiura. On Rakiura the forest is all-encompassing, often stretching right to the sea’s edge, and draping all but the higher mountains, dunelands and larger wetlands. In many places there is a sylvan beauty to the forest, especially where stately rimu dominate, but also an overwhelming sense of nature’s dominance. Such dense forests, with so few natural clearings, must have seemed oppressive indeed to European settlers more used to bucolic, rural landscapes. As one Scottish settler at Port William noted, “We can’t live on beauty. It won’t fill the porridge pot.”

Port William, a sheltered harbour that local Māori knew as Potirepo, today offers trampers a place of tranquility. A gentle sea laps the sandy shore, and the headlands are soft and rounded, with none of the western side of Rakiura’s craggy, wave-assaulted shoreline. But this sense of peace belies the struggle and wretchedness of early settlers who had to get to grips with the forest and damp climate. Other than the simple joy of walking through bush and along coastlines, perhaps that is the most compelling reason to undertake the Rakiura Track—to appreciate how the forest wilderness on Stewart Island persisted, despite all efforts to tame it.

Rakiura’s current wild state is partly due to its isolation, but the island has a surprisingly long history of attempts to exploit its natural resources. Along the course of the Rakiura Track lies the evidence of past occupation by successive waves of people: first Māori, then whalers and sealers, saw-millers, boat-builders, gold prospectors and settlers. Few found much fortune on the island, and in the end the bush and sea claimed back most of their efforts. What remains, however, adds much of interest.

Despite being New Zealand’s third largest island, Stewart Island has only about 20 kilometres of road, all of them radiating from Halfmoon Bay, the island’s only town. The remainder of the 168,000-hectare island is road-less and largely uninhabited. In 2002, 85 per cent of the island became New Zealand’s 14th national park.

Roughly coinciding with the park’s formation, the Department of Conservation upgraded previously existing trails to form the Rakiura Track, the most recently developed of New Zealand’s Great Walks. It connects the coastline north of Halfmoon Bay with the northern part of Paterson Inlet/Whaka ā Te Wera, forming a tidy triangle beginning and ending near Halfmoon Bay. The two to three-day tramp offers a gentler alternative to the infamous and much more demanding Northwest Circuit.