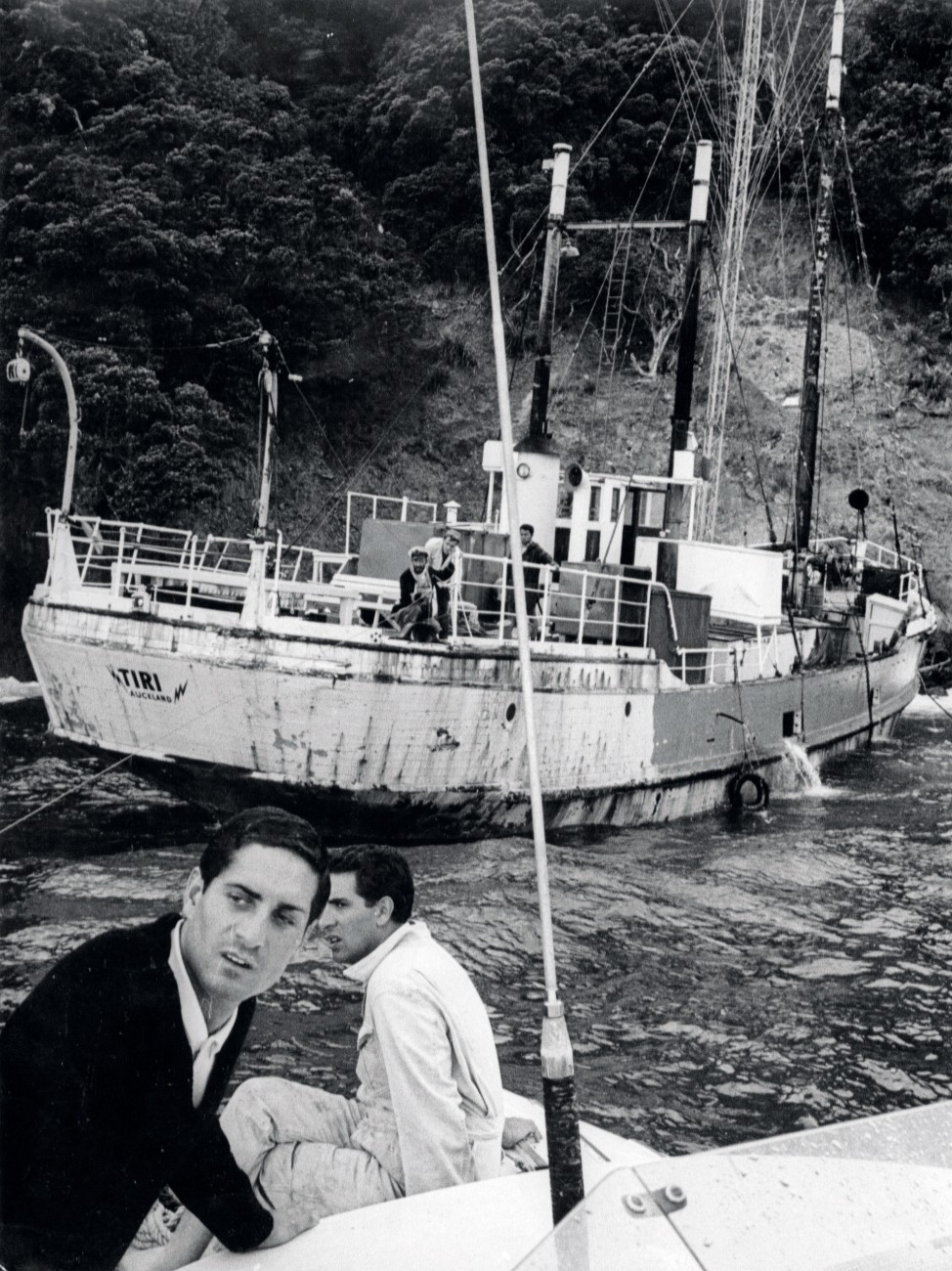 Aucklanders fiddling with their radios at 11 o’clock on the morning of Sunday, 4 December 1966 found them­selves picking up the squawk of gulls—at least, they did if they strayed to the place on the dial marked 1480 AM. The sound was coming from a transmitter aboard a 30-metre, 170-tonne ship in the Colville Channel, between the Coromandel Peninsula and Great Barrier Island. The birds were followed by a documentary introducing something called Radio Hauraki, then by a recording of English singer Matt Munro, belting out the hit song from one of the year’s new films: Born Free.

MV Tiri, painted bright yellow and riding defiantly in international waters five kilometres off the coast, was the brainchild of David Gapes, a rebellious Wellington journalist, and Denis O’Callahan, the ship’s future skipper. The pair had had enough of the strait-laced New Zealand Broadcasting Corporation with its lengthy coverage of Parliament, its paltry half-hour weekly serving of the Hit Parade, and its frequent refusal to give airtime to the Rolling Stones, the Small Faces and other essential voices of youth. With a handful of like-minded young men, Gapes and O’Callahan decided to do something about it, taking as their model Radio Caroline, a British ship-based radio station operating in the North Sea that was fighting the BBC’s radio broad­casting monopoly.

Radio Hauraki was not New Zealand’s first private radio station. Commercial stations had been active in the 1920s and 1930s until broadcasts by ‘Uncle Scrim’, the Methodist minister and social activist Colin Scrimgeour, goaded the government into closing him down. Shortly afterwards, under the new Labour government, broadcasting was nationalised.

Radio Hauraki itself got off to an uncertain start. In September 1966, Tiri was prevented from leaving port by marine inspectors. The following month, the crew tried again, slipping past Auckland’s Viaduct drawbridge, which police had attempted to lower, before being pursued and arrested at sea. The pirates won the ensuing court battle, and finally Tiri was able to make for open water and begin broad­casting its prerecorded music.

Over the next three and a half years, Radio Hauraki overcame a succession of legal chal­lenges and emergencies at sea. In one of the most dramatic of these, on 28 January 1968, Tiri’s engine failed after the crew had left their mooring to search for a lost fisher, and bad weather drove the wooden vessel onto rocks at the entrance to Whangaparapara Harbour on Great Barrier Island. Disc jockey Derek King kept up a running commen­tary of the ship’s plight, until the order came to abandon ship. Then, as the microphone picked up the hull’s pounding, Paul Lineham stepped in to play a final Electric Prunes track, “with background music courtesy of King Neptune”.

Within a month, a second vessel was in service. Tiri II endured some of the worst winters on record, including a storm that tore the ship from its moor­ings and drove it 80 kilometres across a tempes­tuous Hauraki Gulf before throwing it ashore, miraculously onto a sandy beach.

Eventually, the government conceded defeat and opened up the airwaves once more to private radio. After 1111 days at sea, the pirates came ashore, though what might have been a jubilant return was marred by the death of Rick Grant, lost overboard on the return passage. Beginning a new life on land, Radio Hauraki set up a new studio in the same building where years earlier they had won the right to head to sea.