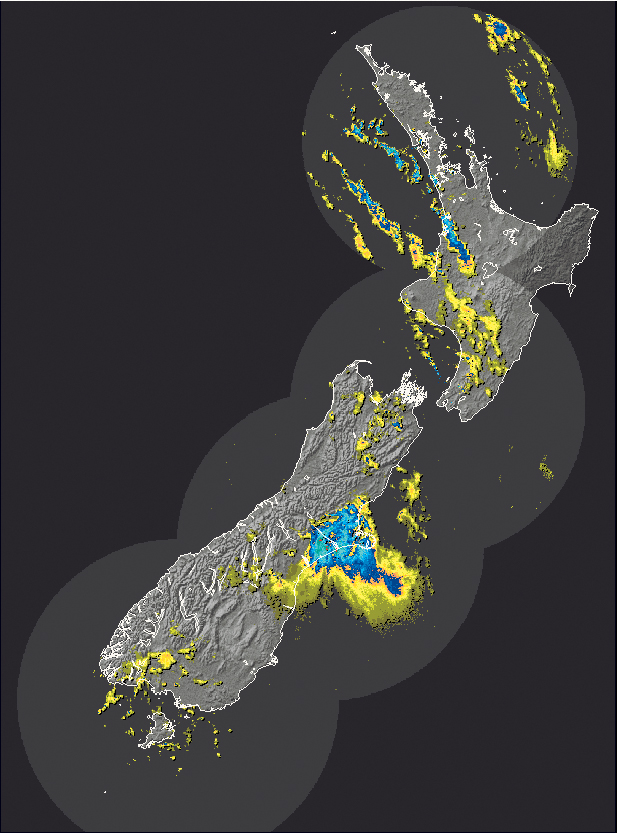 In september 1922 two US Navy researchers were operating an experimental high-frequency radio transmitter and receiver from op­posite banks of the Potomac River when a ship sailed between them, temporarily interrupting the radio beam. Navy men both, the re­searchers quickly realised that this gave them a way to detect enemy ships trying to sneak into a harbour in darkness or fog. They proposed to their superiors using radio beams as burglar alarms to protect har­bours or detect enemy ships trying to infiltrate fleet formations. No response was forthcoming and the idea was forgotten, until, in 1934 an aircraft flew between a transmitter and receiver temporarily blocking the radio beam. This time, with war clouds on the horizon, the response to their discovery was much more positive.

About the same time, scientists in many different countries realised that radio waves could be used to find things in the sky and the race was on to develop military ap­plications. By the end of the war,radar, as it came to be called (from Radio Detection and Ranging) was being used to detect enemy planes and ships from land, sea and sky, as well as guide friendly planes to distant targets and, coupled with early computers, automatically direct anti-aircraft fire. Also, to the great delight of meteorologists, it had been noticed that raindrops reflected short wavelength radio waves.

Nowdays, there are thousands of weather radars scattered across the world’s landmasses plus hundreds in aircraft and ships and even a handful in satellites. MetService operates radar from sites near Auck­land, Wellington, Christchurch and Invercargill. These radars scan the sky eight times an hour and can see rain out to 300km away. However, because of the curve of the Earth’s surface, the radar cannot see rain below the horizon. So, on days when the shower clouds are low, the radar beam passes over the top of them until they get quite close to the transmitter. Then the rain echoes may only be present one or two hundred kilometres away even though a satellite picture may clearly show shower clouds out to a thousand kilometres or more from the radar. In the same way driz­zle, which often comes out of very shallow cloud only a few hundred metres above sea-level, can sneak right past a radar sited high on a hill without returning any echoes.

Along with satellite images, radar has given meteorologists the ability to put together the “big picture” of developing weather events in a way that scattered observations from the ground never could. As the radars have become more powerful and developed finer resolution, they have helped uncover the internal structure of a variety of weather systems including destructive thun­derstorm clouds. The image shown overleaf for December 28, 2001 is a vertical slice through one of the more violent hailstorms to have oc­curred over New Zealand.

Hail the size of golf-balls fell over parts of Canterbury damaging cars, flattening crops, stripping trees and killing birds. Hail lay 12 centimetres deep in places and over 50 dead seagulls and sea martins were found in one paddock. Conditions favour­ing hailstorms actually lasted a number of days and crops damaged included wheat, barley, peas, rape, potatoes, grass seeds and oats with some farmers losing as much as 90 per cent of their crops. But the dam­age swaths were typically narrow and many farmers benefited from the heavy rain that fell over broader areas.

The very strong echoes in the radar image are caused by the large size of the hail. The strength of the return echo to the radar depends on the sixth power of the diameter of the reflecting particle. A large hail­stone with a thin skin of liquid water makes a superb target for the radar. Its rigid core of ice keeps it intact whereas any water drop that ever grew as large would rapidly break up as the air rushed past it. A hailstone can only grow inside the cloud in a vertical air current that is fast enough to hold it aloft against the force of gravity. A hailstone the size of a golf ball needs an updraught of about 80km/h to hold it aloft.

Many hailstones will show growth rings if they are sliced through the middle. These occur as the hailstone travels through layers of air of different temperature and water content. This can happen if a hailstone goes through several cycles of rising and falling inside the cloud before finally falling to the ground. The embryo curtain has been identified as a source region for millimetre-sized hail some of which is recycled across the vault to grow into large stones.

Radar echoes can be calibrated to give an estimate of the rainfall reaching the ground. Add all these images together over the lifetime of a storm and you end up with a more accurate and detailed rainfall map for the storm than could possi­bly be made from sparsely scattered rain gauges. The second image shows the radar estimate of total rainfall for the storm that affected Coromandel on April 28 this year, highlighting how a small intense strip of rain can be contained within a much larger area.

Flooding cut roads on the Coro­mandel and a dozen major slips occurred around Hahei, where 175 mm of rain was recorded over 24 hours. The normally shallow Ohine­muri River flooded the Karangahake Gorge between Paeroa and Waihi, ripping out large boulders and trees from its banks. One motorist took a wrong turn in the dark and ended up trapped in her car on a flooded part of the road. By the time she was res­cued the car was partially inundated and being rocked from side to side by the floodwaters. One farmer on the flooded Hauraki plains said of the storm “The thunder was so loud it was like being at a rock concert­ when it boomed it just rattled your lungs inside your chest.”

One of the key components in meteorological radar is the com­puter that processes the echoes. Recently, MetService has upgraded its radar computing system. This has improved the radar resolution to 125 metres—which is an eight-fold increase. It has also extended the range from 240 km to 300 km and halved the old 15-minute scan time.

The gradual build-up of knowl­edge of thunderstorms from radar and improved lightning detection (see NZ Geographic issue 70) has enabled MetService to improve its forecasts of thunderstorms. Now forecasters predict hail size and rainfall rates as well as the likeli­hood of thunderstorms or tornadoes occurring. Risk maps are published daily on the MetService website www.metservice.com, along with images from the four radars.