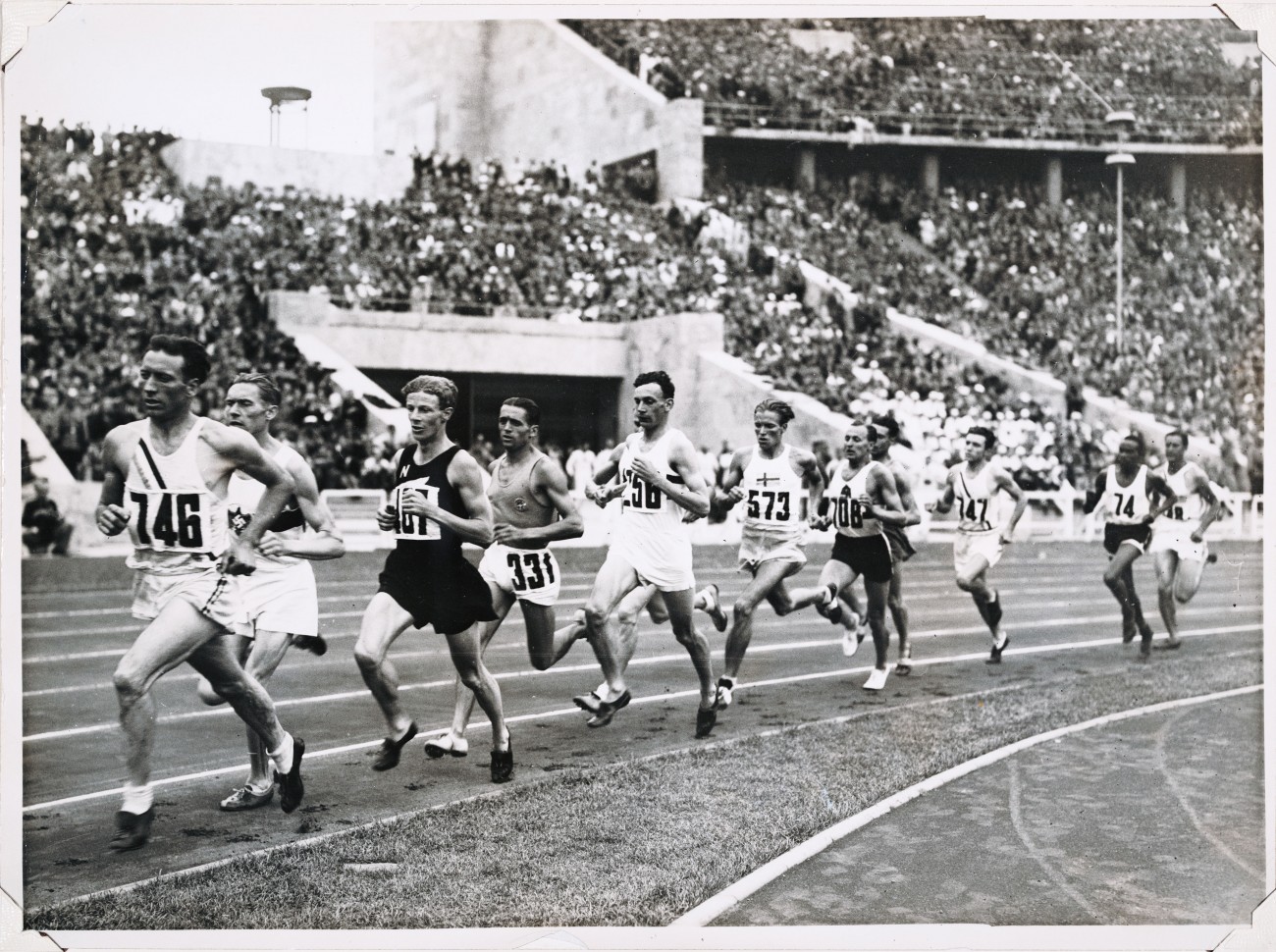 Berlin 1936. In the world’s largest stadium, built to seat 110,000. Under the gaze of Adolf Hitler. Captured by the lens of cinematographer Leni Riefenstahl. What better time or place could there be to declare yourself. To stamp history.

On 6 August—day six of the XI Olympic Games—New Zealander Jack Lovelock stepped up to the start line to contest the 1500-metre race—the ‘metric mile’. Ranged against Lovelock, a “blond-haired wisp” from Crushington, near Reefton, was a formidable field of middle-distance superstars, including defending champion Luigi Beccali of Italy and the man said to be America’s greatest miler, Glenn Cunningham.

Hitler himself was no fan of sport. He had not been keen on hosting the Olympics (a deal done before he came to power), and Nazi prop­aganda minister Joseph Goebbels had a hard time persuading him of its value in showcasing the “new Germany”. Nevertheless, the Führer reportedly cut short a meeting with the King of Bulgaria to see how this race played out.

Lovelock was by profession a hard­working junior doctor at London’s St Mary’s Hospital. He had recently won a feather­weight boxing championship and had begun serious training for the race just three months before the event. Nevertheless, his Olympic campaign has been called “one of the best-planned in New Zealand sporting history”.

Over previous seasons, Lovelock had established himself as a force to be reck­oned with on the track. In 1932, he set a new British Empire mile record, becoming the fifth-fastest miler ever. Weeks later, he broke the world record for covering three-quarters of a mile, and in 1934 he won gold at the British Empire Games in London.

The press wrote admiringly of his effort­less, economical running style, which he honed by analysing photographs of himself in action. His meticulous training journals bore witness to the determination and intel­ligence he brought to his preparation. In one, he attributed the end-of-season burnout he had suffered in previous years to “too long intensive competition, late hours of work and parties, too much rushing around the world at higher speeds than the human body was made to withstand”.

In that stone stadium, he turned on a textbook run. Biding his time until the final 300 metres, he then powered up with a burst of acceleration that took the field by surprise and left Cunningham adrift by three metres.

The BBC’s Harold Abrahams, himself an Olympic gold medallist, couldn’t contain his delight: “A hundred yards to go! Come on, Jack! My God, he’s done it. Jack, come on! Lovelock wins!”

Lovelock stopped the clock at 3:47.8, setting a world record and staking the ground for future New Zealand 1500-metre Olympic victories: Peter Snell took gold at Tokyo in 1964 and John Walker at Montreal in 1976.

The 1936 Olympics were to be the last for 12 years. Many of the 5000 athletes at Berlin were destined to compete in the killing fields of World War II, the seeds of which were being sown even as Hitler looked down at the black­singleted runner mounting the podium.