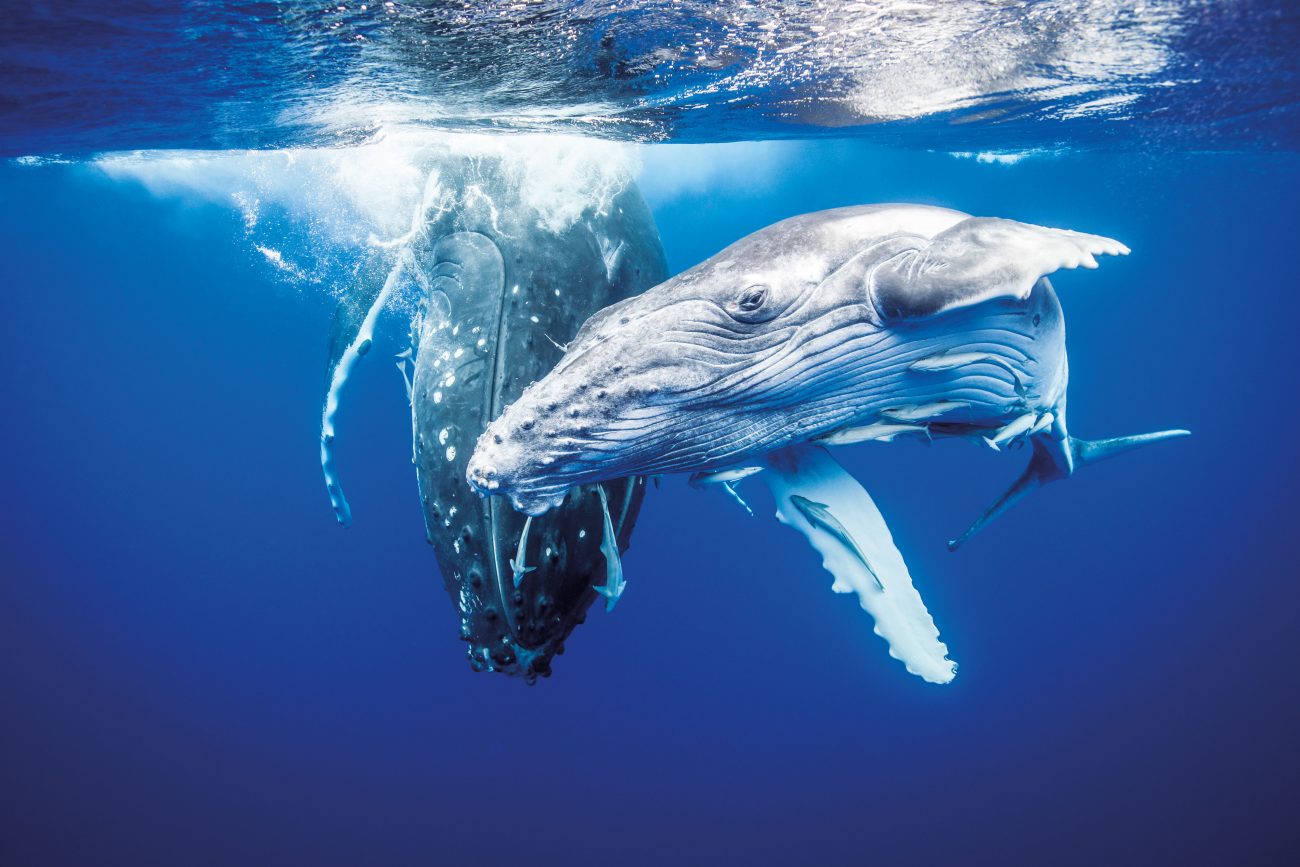 Scientists from Denmark and Australia detected very quiet calls and grunts between mothers and calves, which increased during dives, in Exmouth Gulf, Western Australia.

There were fewer vocalisations by the calf before suckling. Rather, it seemed calves rubbed against their mothers when hungry—which makes a sound like two balloons rubbing together.

These findings may mean that noise disturbances by other marine activities—such as whale watching and shipping—could potentially drown out these tiny vocalisations and raise the chances of a calf being separated from its mum.