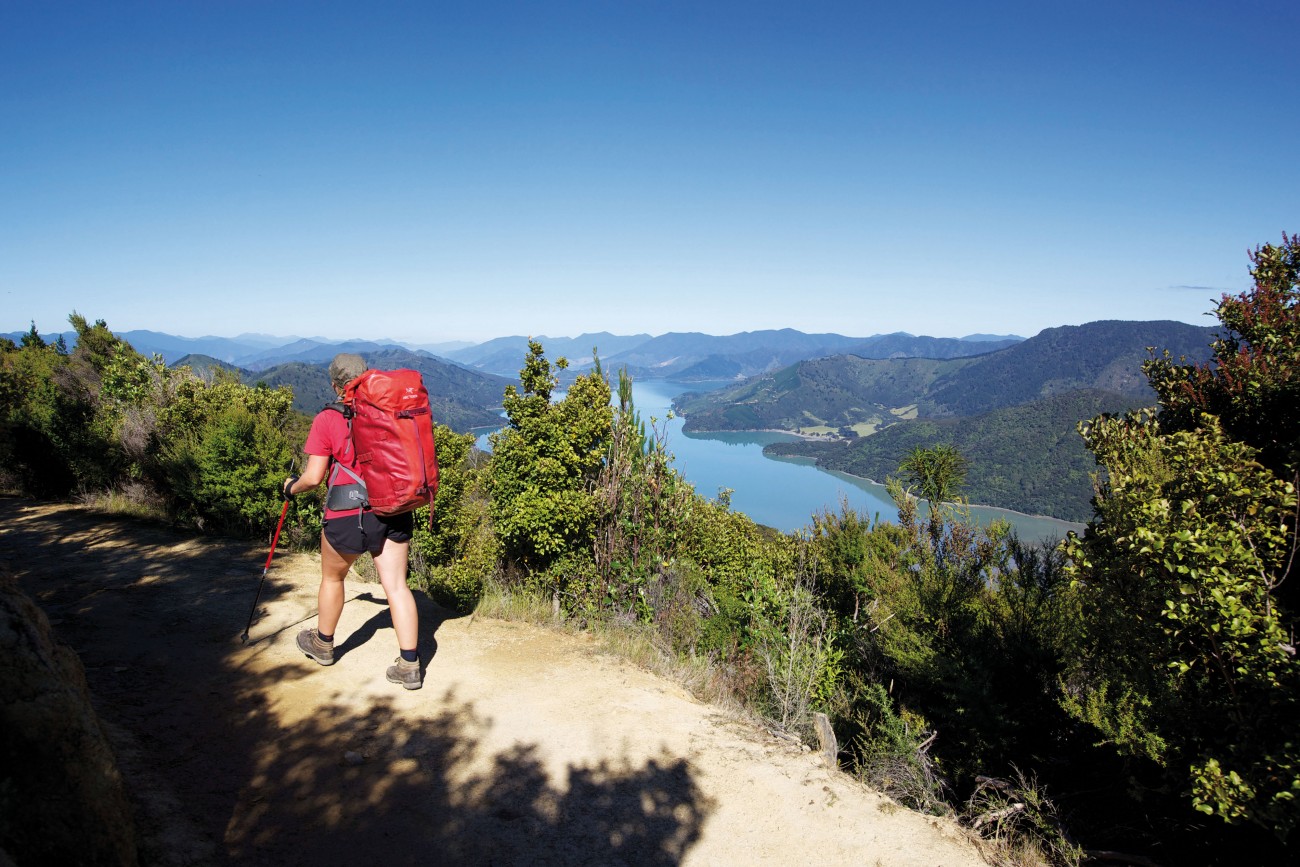 As well as being the first leg of Te Araroa’s South Island route, the Queen Charlotte Track is one of New Zealand’s most popular stand­alone hikes. You’ll walk alongside, or often high above, the pretty fingers and bays of the Marlborough Sounds. Geologically this is a drowned landscape, that’s sinking, millimetre by millimetre, each year, about as fast as the land east of Wellington is rising.

A water taxi takes you from Picton to the track start at Ship Cove, and the Captain Cook Monument there. Ship Cove became a favoured anchorage for Cook. who first visited here in 1770 and returned another four times during his three Pacific voyages. It has historical cred—Cook first saw Cook Strait from Arapawa Island near here. Its latitude is slightly north of Te Araroa’s North Island terminus at Island Bay, Wellington, an overlap that preserves the trail’s north-south continuity.

The track offers a range of accommodation and services that’s unusual for New Zealand’s Department of Conservation tracks. A tramper can choose the comfort of sheets at privately owned lodges, but they also usually offer back-packer accommodation. And there are also DOC campgrounds. Whatever you choose, there’s the option to have your pack ferried forward each day by launch.

The first day is a steepish climb, with lots of bird-song, then a descent to Furneaux Lodge. A flat walk follows around to Camp Bay, with the choice of a restaurant meal at Punga Cove. The track then climbs to a high central ridge and stays there for 22 kilometres. At Torea Saddle trampers usually take the one-kilometre side road to the Portage Resort Hotel, which has backpacker as well as more refined accom­modation. The track then climbs steeply to its highest point (407metres) then undulates away to its ending at Anakiwa.