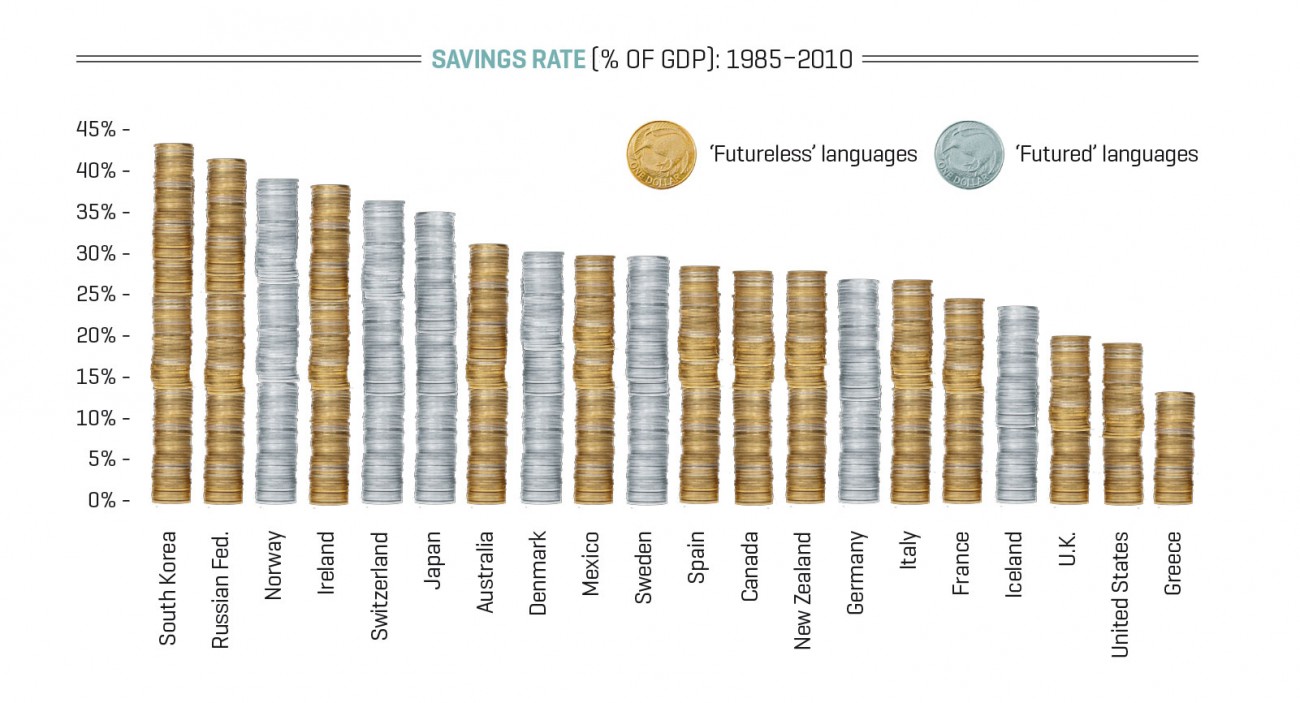 Yale behavioural economist Keith Chen says those who speak a language that requires the use of a periphrastic construc­tion—in which future events require the addition of auxiliary words such as “going to” or “will”—are forced to think about the future in more distanced, separate ways and consequently have less inclination to sacrifice or save.

Consider New Zealand’s two official languages. In English, the verb ‘to go’ cannot be used without special constructions—“I went, I go, I will go”—whereas te reo requires no such embellishment to signify time other than tense markers: “I haere, kei te haere, ka haere.”

English speakers are forced to consider the future differently from the present, and that makes us “treat it as if it’s something viscerally different,” Chen said in a recent talk for the forum Technology, Entertainment and Design. Native speakers of languages that use the present-tense verb unmodified when speaking in the future tense, grammatically linking the future strongly with the present, are more likely to behave in a future-friendly way, a fact borne out in investment behaviour across language groups.

Published in American Economic Review this year, Chen collated data from around the world to compare people of the same demographic who spoke languages with different tense usage. He found that ‘future­less’ language speakers are 30 per cent more likely to have saved in any given year, and will retire with 25 per cent more savings than those speakers of ‘futured’ languages such as English. They’re also 20–24 per cent less likely to smoke and 13–17 per cent less likely to be obese by the time they retire.

The theory has been disputed by some linguists who have suggested that use of tense is inconsistent in English, and that data comparing cultures can be more complex than Chen allowed for. Nevertheless, that the structure of language so dramatically influences life choices is food for thought­ though English speakers may spend less time considering the future implications of this.