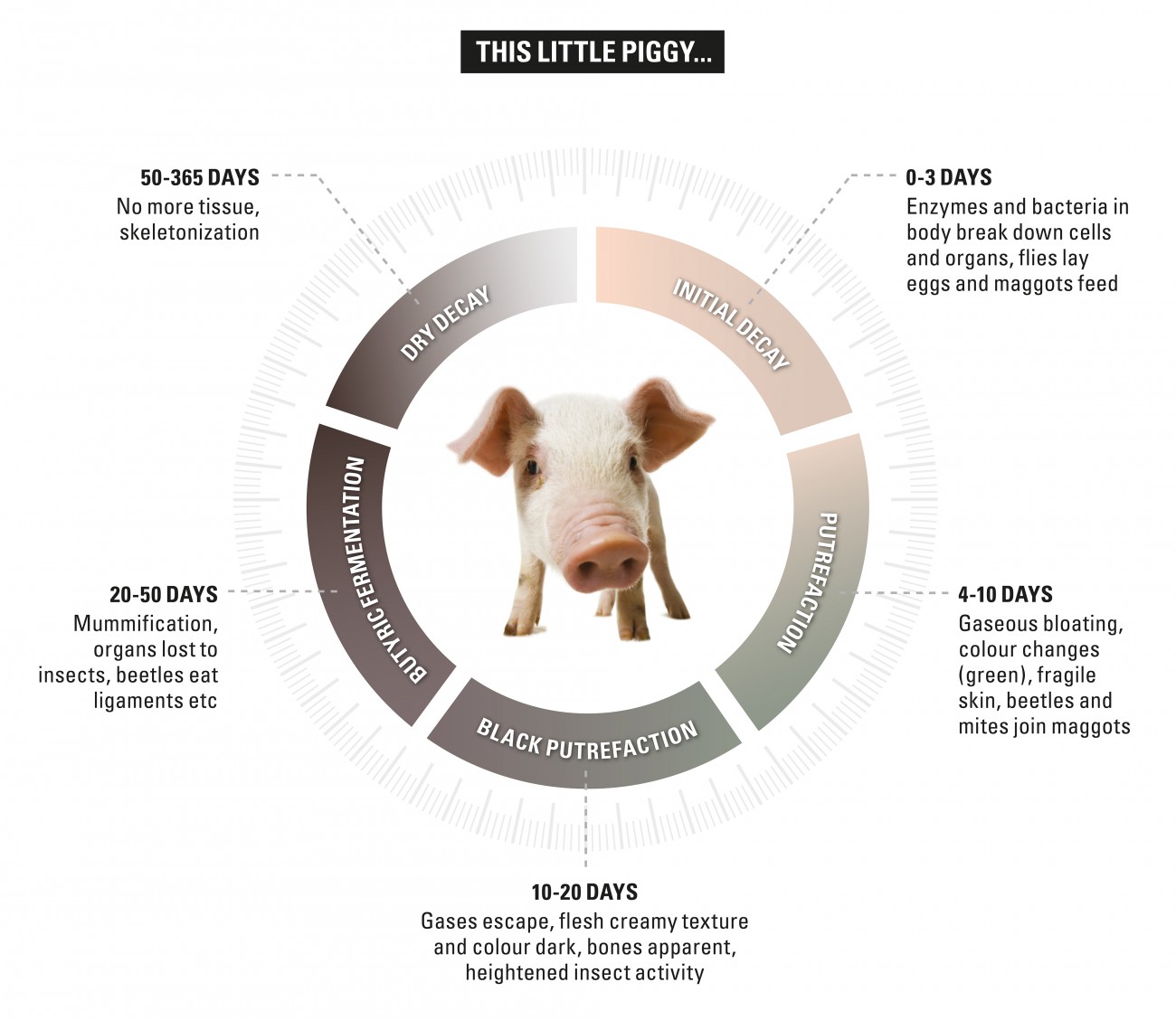 After five years of delving around in rotting pig carcasses, Rachel Parkinson may have cracked one of the most vexing problems in human forensic detection: determining the time elapsed since the victim’s death.

“Human decomposition is a little-understood process,” said Parkinson, a Victoria University graduate, “and we know even less about the microbiology involved.”

Her study examined the bacteria that decompose human bodies, to determine whether they can tell us when a person died.

She found that while bacteria from the surrounding environment played a role in decomposition, most of it was done by those already in the body. “The pig carcasses and human cadavers had very similar decomposition bacteria, suggesting that using pig carcasses as models for human decomposition is a good option. This means a lot more research can be performed here in New Zealand.”

“A better understanding of the process of decomposition will also help forensic investigators interpret death scenes more accurately,” she said.