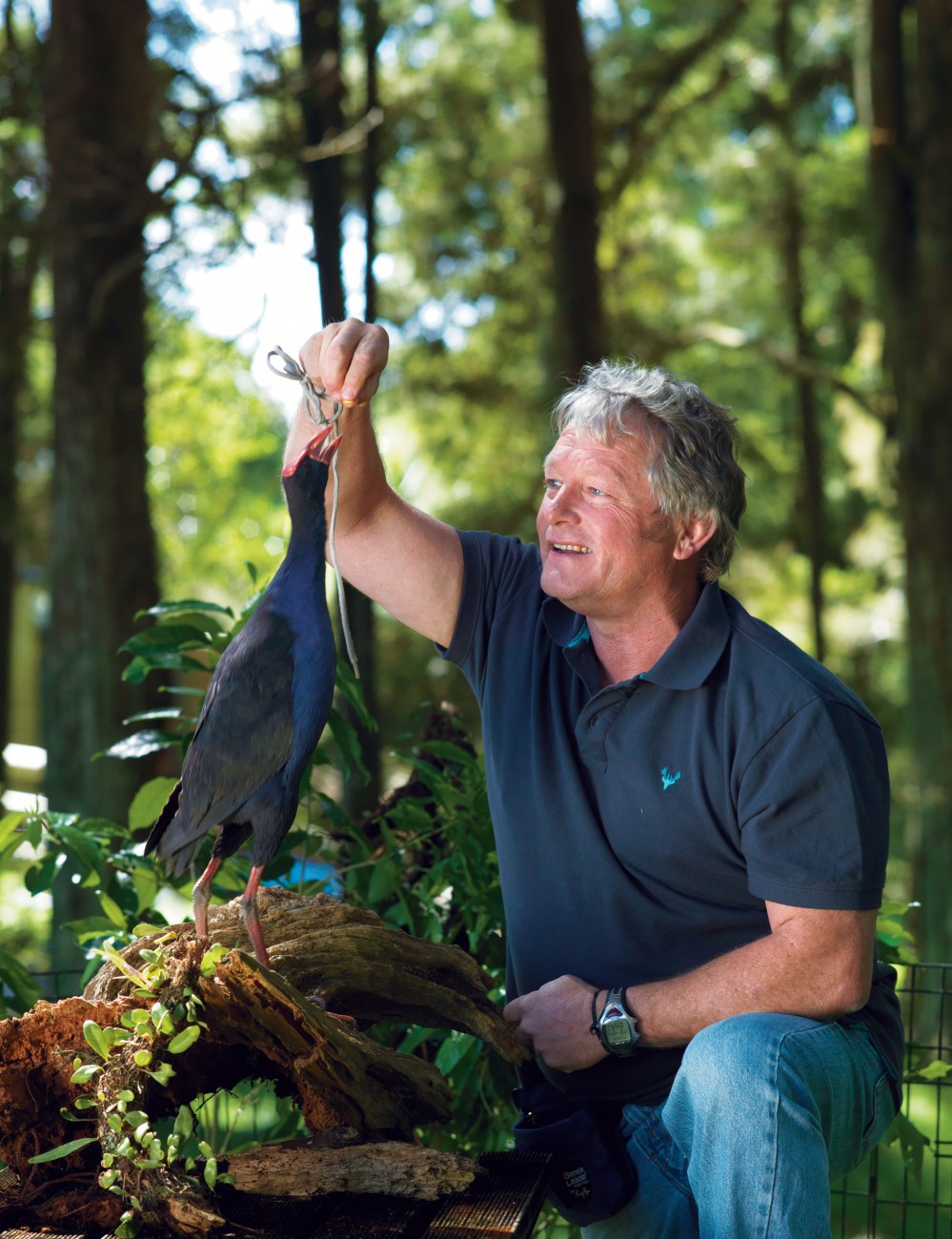 This isn’t the sort of thing that pukekos normally do, but these are real birds trained by animal wrangler Mark Vette. Just about any animal to have appeared in a locally produced ad, television programme or film is likely to have been trained by Vette or one of his fellow trainers at Animals on Q. Star performers include Hercules (aka Toy­ota’s ‘bugger’ dog), the Gourmet cat, the National Bank’s horse (actually, there are two of them), Vero’s bull in the china shop, and the kea and the sea lion in the Speight’s ad. He trained wolves for The Chronicles of Narnia and, for the same movie, 50 mice to chew through ropes constraining Aslan. More recently, he trained kiore to do what they normally do, only on cue, for a BBC crew filming a natural history series on the South Pacific.

It seems there isn’t an animal Vette can’t train. “Basically we do anything from but­terflies to elephants.

“The trick is to establish yourself as dominant,” he says, going on to explain that like any social animal, pukekos have a natural hierarchy, and all you have to do is become the head bird. This usually requires controlling the resources. Food, most often. Training typically involves a whistle or a clicker, which is a bridge be­tween the desired action and the birdseed. Action. Click. Reward.

Take that scene when the pukeko nicks the shoelace. “So what you do is you start to flick a shoelace in front of them, and as they go to touch it, you click, and flick them a reward. And then slowly you get them to grab it, hold it, carry it. And you click and reward, click and reward, until you just throw a shoelace at them and they’ll grab it and bring it to you.”

Vette, a man with a quiet voice and dev­astatingly loud whistle, has had animals around him since he can remember. He trained his first dog, a German shepherd, when he was about five, having learned from his grandfather, who trained dogs for the military. There were the years spent as a boy in the States where, along with the usu­al rats and mice, he had pet tarantulas, pet snakes, gophers and a skunk. Later, back in New Zealand, he completed a Bachelor of Science degree in psychology, ecology and zoology and a master’s degree in be­havioural genetics, specifically focusing on sheep dogs.

Now if he’s not training animals for film and television he’s working with animals with behavioural problems. Mostly, that means working with dogs with “excessive vocalisation” issues.

When New Zealand Geographic visited Vette’s place in the countryside of Waim­auku, northwest of Auckland, there were dogs everywhere, all of them famous in their own way from one ad or another. But despite numerous visitors over a two-hour period, not one barked. Not once. “They’re pretty happy,” says Vette, rubbing the head of the border collie-cross sprawled at his feet. You get the impression that if all dogs could spend time with Vette, the average suburban neighbourhood would become a quieter, happier place.

Asked whether he thinks animals have rational intelligence, he says they probably do, some more than others. You can see it in the way they hunt, such as when wild dogs work together to surround a wilde­beest. “You can even see that when puke­kos are catching a duckling. They’ll work as a team.

“All animals are intelligent in relation to their ecology,” he says, noting that intelli­gence doesn’t necessarily mean trainability either; a cat is smart but a reluctant learner. A smart monkey can be taught to do tricks but will often defy its trainer. Most animals don’t have much foresight, but this doesn’t necessarily mean they lack insight. “On the whole most animals live for the present moment, and don’t dwell on the future. But I’m a Buddhist and our greatest aspiration is to live fully in the present moment. So you have to ask, what is intelligence?”