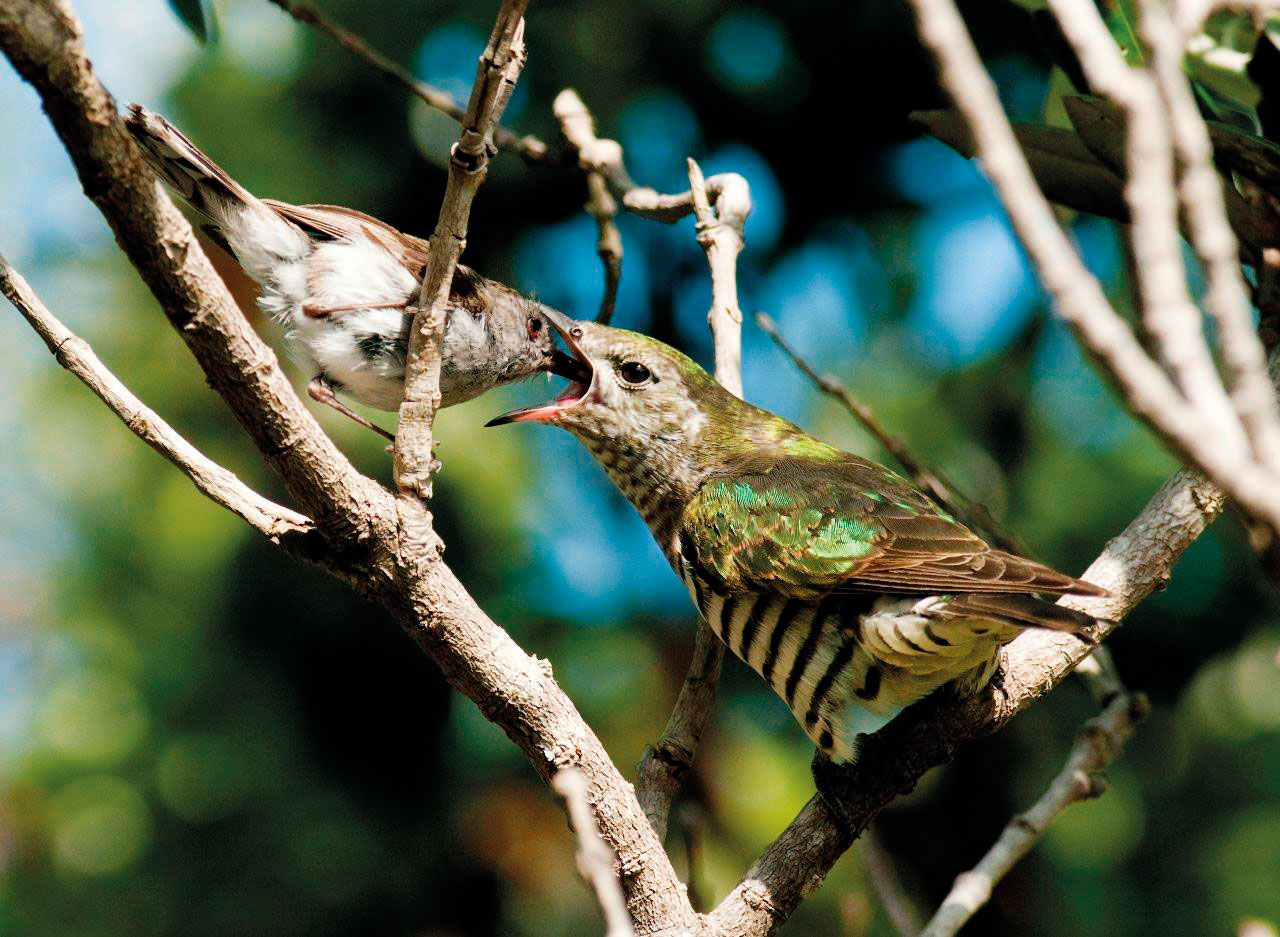 The shining Cuckoo flies into New Zealand in September and October from a winter in the Solomon Islands and the Bismarck Archipelago (Papua New Guinea). After courtship in November, the female will lay each of her greenish-brown eggs in the nests of other birds, the unfortunate host being mainly the grey warbler, or the Chatham Island warbler. This nest is covered and hanging, with a tiny circular entrance, so how the large cuckoo achieves this surreptitiously is a mystery—it’s thought she either places the egg inside with her beak, or pushes her bottom through the entrance and lays.

Once hatched, the cuckoo chick often shunts the other chicks or unhatched eggs out of the nest to their deaths. The two foster parents will then devotedly feed this colossal, hungry chick with insects as if it were their own for the two weeks in the nest, and up to a month afterwards. Typically, the warblers have already raised their first clutch before the cuckoos interlope.