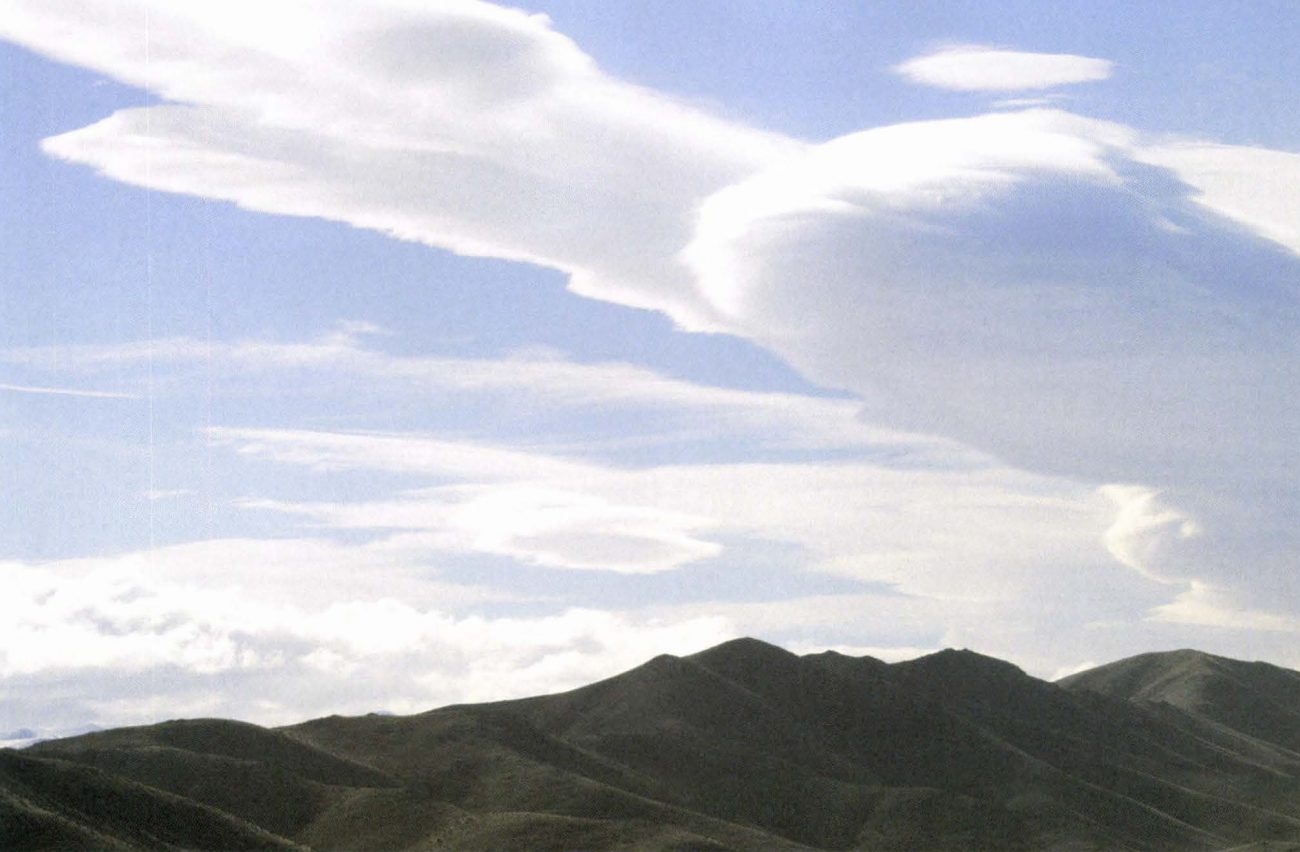 The rough and tumble of the weather takes place in the lowest part of the atmosphere, known as the troposphere, a name derived from tropo, Greek for “turning over.” Extending 16 km above the Earth’s surface in the tropics and 7 km at the poles, the troposphere is characterised by the fact that air temperature generally falls rapidly with increasing altitude, and that water vapour is present in sufficient quantities to form clouds, rain and snow.

Above the troposphere lies a zone known as the stratosphere, discovered in 1902 when Leon Teisserenc de Bort conducted a series of balloon observations which showed that the fall in temperature with increasing height ceased about 11 km up. Later observations showed that, higher still, temperature actually rises with increasing height as a result of the presence of ozone in the stratosphere.

Consequently, the air at the top of the stratosphere is warmer than the air at the bottom. Since warm air rises naturally above cold, this temperature differential makes the stratosphere very stable and resistant to the upward motion and mixing of air. Indeed, it is from the stratified distribution of the air in it that this part of the atmosphere derives its name.

Together, the troposphere and stratosphere make up 99.9 per cent of the mass of the atmosphere, even though air is still detectable more than 10 times higher than the top of the stratosphere.

The boundary between the troposphere and the stratosphere is called the tropopause. The temperature here ranges from minus 70° C in the tropics to minus 40° C near the poles. Air this cold can hold only tiny quantities of water vapour—around 0.05 per cent of the amount air near sea level can carry. As a result, clouds are rare in the stratosphere. The top of the odd thunderstorm pushes up into its lower reaches but soon collapses back into the troposphere. Otherwise, clouds in the stratosphere usually form at high latitudes, near the North or South Pole. They are known as nacreous clouds because of their characteristic mother-of-pearl colour, and are a type of lenticular cloud—a cloud that forms at the crest of a “wave” set up in the atmosphere when strong winds blow perpendicular to mountain ranges.

At lower latitudes, special conditions are necessary for lenticular waves to extend all the way up through the stratosphere from mountaintop height. The air in the troposphere must be stable, and the winds become gradually stronger with increasing height while coming from pretty much the same direction. These conditions typically occur ahead of a cold front.

In the stratosphere too the winds must grow in strength with increasing height for the waves to propagate upwards. These winds occur on the edge of what is known as the polar vortex.

During winter, the part of the stratosphere near the poles is in permanent darkness and is greatly cooled by heat radiating out to space. Meanwhile, further towards the equator, the stratosphere continues to be heated by incoming ultraviolet radiation. The large difference in stratospheric air temperatures across the day–night boundary causes a strong pressure gradient, which in turn produces a zone of strong winds—the polar vortex—which encircles the globe in the winter hemisphere. The fastest of these winds, referred to as the polar night jet, reaches speeds of 300 km/h.

During July to September the edge of the polar vortex sometimes extends over the Southern Alps. When prefrontal north-westerlies in the troposphere are also present, conditions are set for waves to develop right up through the stratosphere.

These mountain waves provide some of the best lift for gliders, and have been used to set many of the records for distance and height achieved by glider pilots. An international project is currently seeking to use stratospheric waves above the Southern Alps to break the glider height record of 14,937 m above sea level, and even to rise way beyond that to over 30,000 m.

Called the Perlan Project—from the Icelandic word for “pearl,” a reference to nacreous clouds—the project has the backing of billionaire adventurer Steve Fossett, who, along with former NASA research pilot Einar Enevoldson, will be one of the pilots attempting to break the record.

Because they will be flying close to space, the pilots will need pressurised suits to stop the nitrogen in their bodies from boiling.

They will also need heating in their boots to avoid frostbite, as well as a supply of oxygen to breathe.

Getting through the tropopause may present a special challenge, because often the uplift from the waves in the lower atmosphere does not line up vertically below the maximum uplift from the stratospheric waves. The team meteorologist, Elizabeth Carter, has run a meso-scale computer model at very high resolution to study this problem. The results indicate that, to stay in lift, the glider will probably have to go upwind when approaching and passing through the tropopause.

The helpful mountain waves aren’t without their dangers, either. There could be severe turbulence, and landing is likely to be hazardous if strong north­west winds reach right down to ground level. Powerful surface winds can create too much lift, forcing gliders up again as they come into land unless pounced on by all available ground crew. On one occasion, gliders operating out of Wigram aerodrome, in Christchurch, had to land directly into open hangars to avoid being caught by a strong nor’wester.

The first New Zealand flights of the Perlan Project took place in 2002 in an unmodified glider. The highest altitude reached was just below 10,000 m, on August 11. Conditions were not ideal, as the edge of the polar vortex was not over the region, but the day was the last available for flying in that phase of the programme.

The pilots returned this winter and are still waiting for the weather to co-operate. One front in the second week of August looked promising, but the winds ahead of it turned out to be too northerly, and the best conditions the system had to offer occurred during the hours of darkness, which was not ideal for flying.

So the wait for the right weather goes on. The Perlan pilots may have to come back yet again next year. Such are the vicissitudes of the wind.