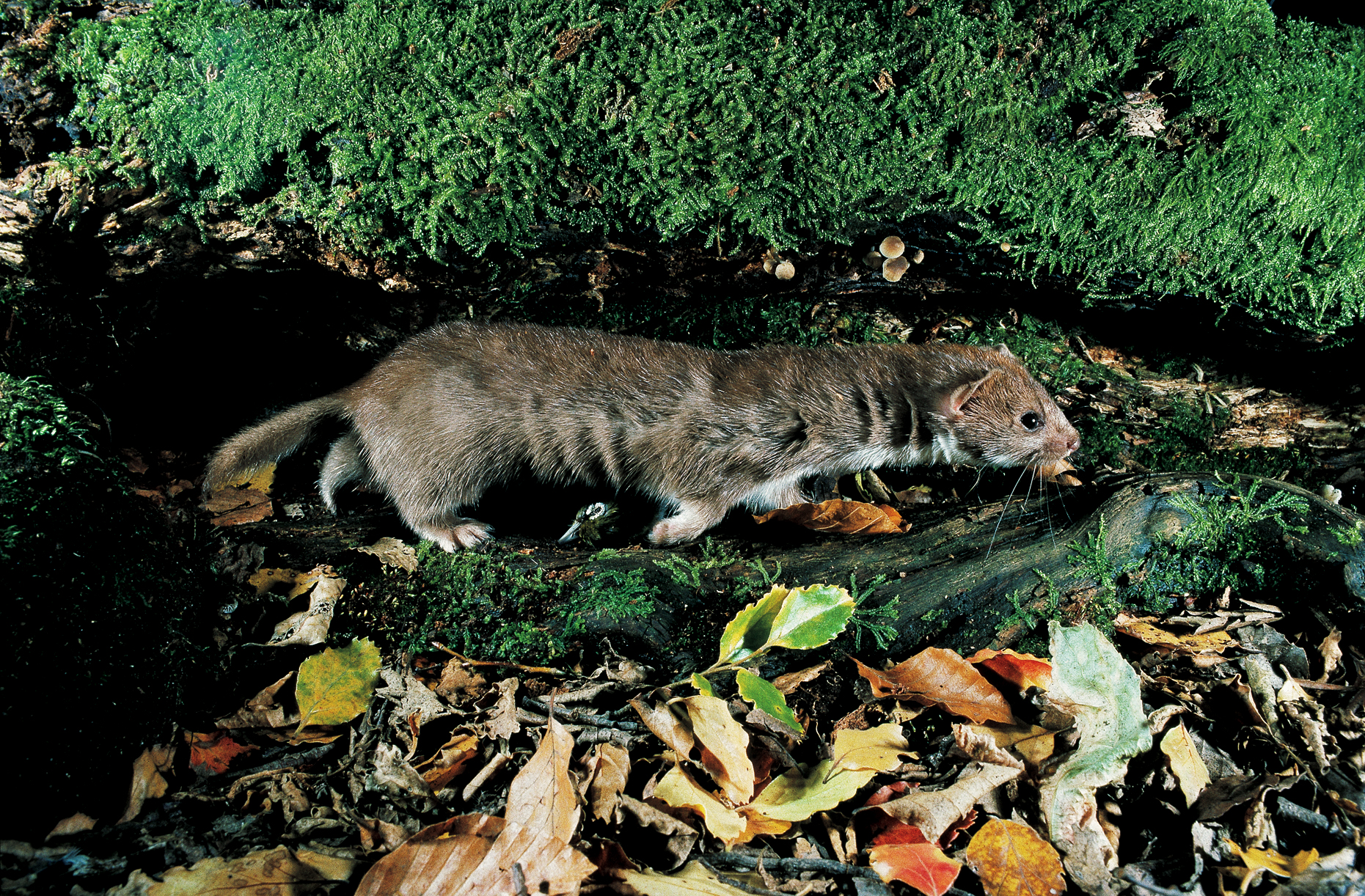 Māori brought kiore rats, Europeans brought ship rats and Norwegian rats, and with settlers came a menagerie of pests that arrived by accident or design—acclimatisation societies ushered in possums to create a fur trade, and the scourge of rabbits. Our ground-dwelling birds couldn’t repel the threat of rats and stoats and were decimated. A number of iconic species, such as kakapō, takahē and rowi, just barely escaped extinction. Most of them have required continuous conservation effort over decades.

Today New Zealand hosts a fragile remnant of the animals and birds that once inhabited this archipelago. A number of offshore islands have had pests painstakingly eradicated, such as Tiritiri Matangi near Auckland, now an open sanctuary where the public can catch a glimpse of our past, subantarctic islands such as Campbell Island, and near offshore islands such as Great Mercury—the island most recently declared pest-free.

On July 26, the government announced it would fund the creation of a new company, Predator Free New Zealand Ltd, towards the lofty goal of dialling back time on New Zealand’s ecology, over-run by introduced predators for more than 800 years.

The Predator Free New Zealand movement was started in a secret meeting between conservation organisations in 2012. The experts gathered believed it would be possible. Since then, the agenda of PFNZ it has captured the public imagination, though few understand just how audacious is the goal.

Domestic cats kill thousands of birds a year, do we outlaw them? How do we protect large areas where pests have been eradicated from large adjacent areas where they haven’t?

And then there’s the question of funding. It is anticipated that the government will match local government spend by two-to-one, but the cost of eradicating pests from the mainland has been calculated by the University of Auckland to be more than $9-billion, so it remains uncertain where the balance of funds will come from.

And there’s the problem of poison. No one likes the idea of raining chemicals from the sky that kill all mammals, yet 1080 has proven to be an effective, and doesn’t persist in the environment like other toxins such as brodifacoum. Both are unpopular with hunters (they kill all mammals, including deer) and with anyone who prefers the idea of an ecosystem free of toxins. So, how will we do it?

Is Predator Free New Zealand an elaborate political stunt, or an ambitious new journey? Time will tell, but here we assemble a bunch of resources and background reading to fuel the debate…

One hundred and fifty years ago, acclimatisation societies forever changed the nature of our nature, introducing exotic creatures for commerce, sport and sentiment.

Grounded: Why do some birds walk?

Many bird species have abandoned the wind beneath their wings for the earth beneath their feet, and nowhere are these pedestrians better represented than in New Zealand. What is the attraction of a life on the ground that sets the kiwi, and dozens of other birds, to striding rather than soaring?

Stoats were introduced from Britain in the 1880s in a misguided attempt to control rabbits, and until 1936 they even enjoyed legal protection as a “natural enemy of rabbits”. Yet they were soon implicated in the decline of native species, although it is only recently that scientists have proven the causal link between stoats and species decline.

Silence of the fantails

Rats have a soft spot for the taste of pīwakawaka. In some fantail hot spots, more than 60 per cent of nests are predated by even before a full clutch of eggs has been laid. Rats even visit and revisit nests still under construction, as if to check the scheduling of future meals.

Introduced in the 1830’s to provide the basis for a fur industry, the possum found the New Zealand forests a paradise. More used to coarse Australian gum leaves, the foliage in New Zealand offered an endless variety of tasty and nutritious food. Working their way down a list of preferred groups the possums have gradually removed species after species from the forest. Native birds have been out competed for food, whole forest canopies are disappearing – a total irreversible change is happening.

Central Otago’s rabbits have long been known simply as ‘the evil’. They’ve held the title of the region’s worst pest since the middle of the 19th century, maintaining it in the face of helicopter hunters, poison-laced carrots, aerial 1080 drops, rabbit-proof fences and biological warfare, in the form of a virus smuggled into the country by farmers in 1997. Every Good Friday, hundreds of hunters assemble from around the country—and the world—in an attempt to kill as many of them as possible.

Māori call them ‘te manu huna a Tane,’ the hidden bird of Tane, god of the forest. Once they were so abundant that settlers complained their shrill cries kept them awake at nights. Not any more. Kiwi, the unofficial emblem of the nation, are losing in a tussle for survival within the very forests that were once their stronghold. But a concerted programme by biologists, wildlife centres and public-spirited citizens seeks to turn the tide for these Secretive and Peculiar birds.

Variable oystercatchers, New Zealand dotterels, fairy terns and shore plovers: with the arrival of humans to areas used as breeding sites by shorebirds, the threat profile to these species has been drastically altered and increased. Black and brown rats, unintentionally introduced by early settlers, have become a menace to all birds. When rabbits, released for meat and fur, multiplied so rapidly that they became a pest, their natural predators in Europe, ferrets, stoats and weasels, were released to control them. But these mustelids have found that New Zealand’s native birds are just as good to eat as rabbits, and often easier to catch. Cats too, escaping into the wild, have added yet another dimension of tooth and claw to the nightmare being faced by our native birds.

Kakapō – Bird on the brink

In a land renowned for its unusual birds, the kakapō—a giant flightless nocturnal parrot with a bizarre breeding system—has to be one of the strangest. Although it has been lingering perilously close to extinction for the past half century, there is renewed hope that this icon of conservation effort has a future after all.

In 2012 the Department of Conservation embarked on a brave new model for managing takahē, one of New Zealand’s most endangered birds. After more than six decades of intensive intervention, rangers set out to do the impossible: nothing.

Lizards, although as characteristic of New Zealand as birds— and, like them, unique—receive far less attention, despite the fact that there are more than twice as many endemic reptile species as endemic bird species in the country. Some lizards are just as endangered as the rarer birds.

Rowi are the rarest of the rare—a species of kiwi so critically restricted in distribution and breeding success that they were almost done for. But a last-ditch effort—codenamed Operation Nest Egg—has dramatically changed the fortunes of the most imperilled kiwi in the world.

Controlling predators, the story so far

There are several reasons 1080 remains the aerial bait of choice. A single aerial drop of 1080 can kill around 98 per cent of possums and will have a similar success rate on rats. Then it kills any other pests that feed on the carcasses (1080 can persist in dead tissue for months), after which it is metabolised by bacteria and disappears. But for all the official assurances of strict controls, things have gone seriously wrong at times.

In the largest pest-eradication operation yet undertaken in New Zealand, 11,300 ha Campbell Island was blitzed with rat poison in the winter of 2001. Helicopters, such as this Jet Ranger, buzzing cliffs in the south-west corner of the island, were vital in achieving saturation coverage of the rugged nature reserve.

The island’s magic starts before anyone steps off the ferry: loud, ringing bird calls come from the wooded hillsides ahead. As visitors walk down the wharf, their eyes widen in delight at the unfamiliar sounds—this is what Joseph Banks must have meant when he wrote of the “melodious wild musick” of early New Zealand.

Great Mercury Island
Great Mercury was one of the first sites of human habitation in New Zealand. In 2015, a radical new public-private partnership sought to rid the island of pests. It was a unique operation, and the results have been astonishing. 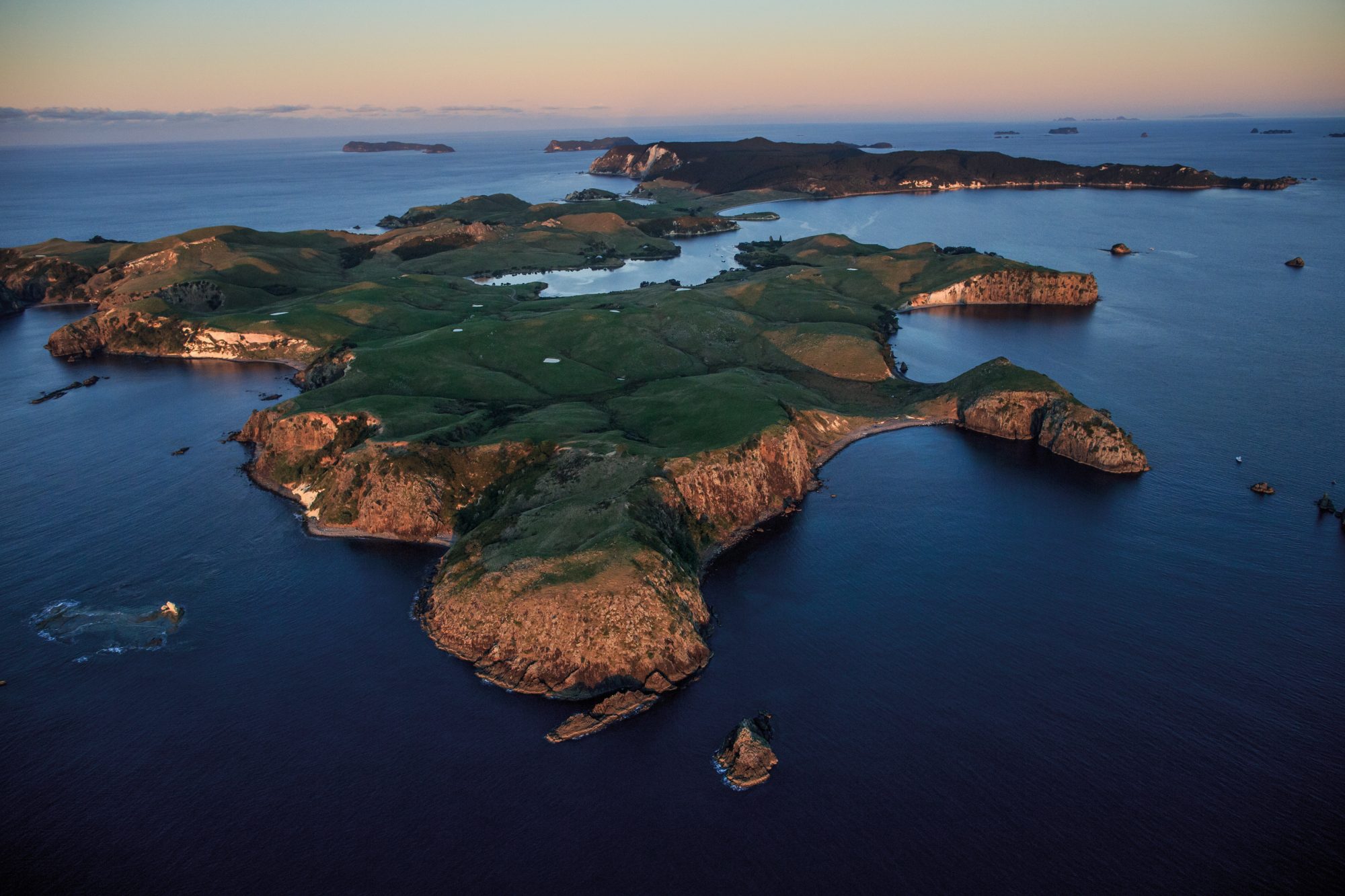 Operation Nest Egg, a programme to try to boost the dwindling numbers of kiwi on the mainland, has proved to be a profitable investment in the future of our national bird.

How 150 kaka provided evidence that  large-scale pest control operations could reverse the decline of kaka on mainland New Zealand.