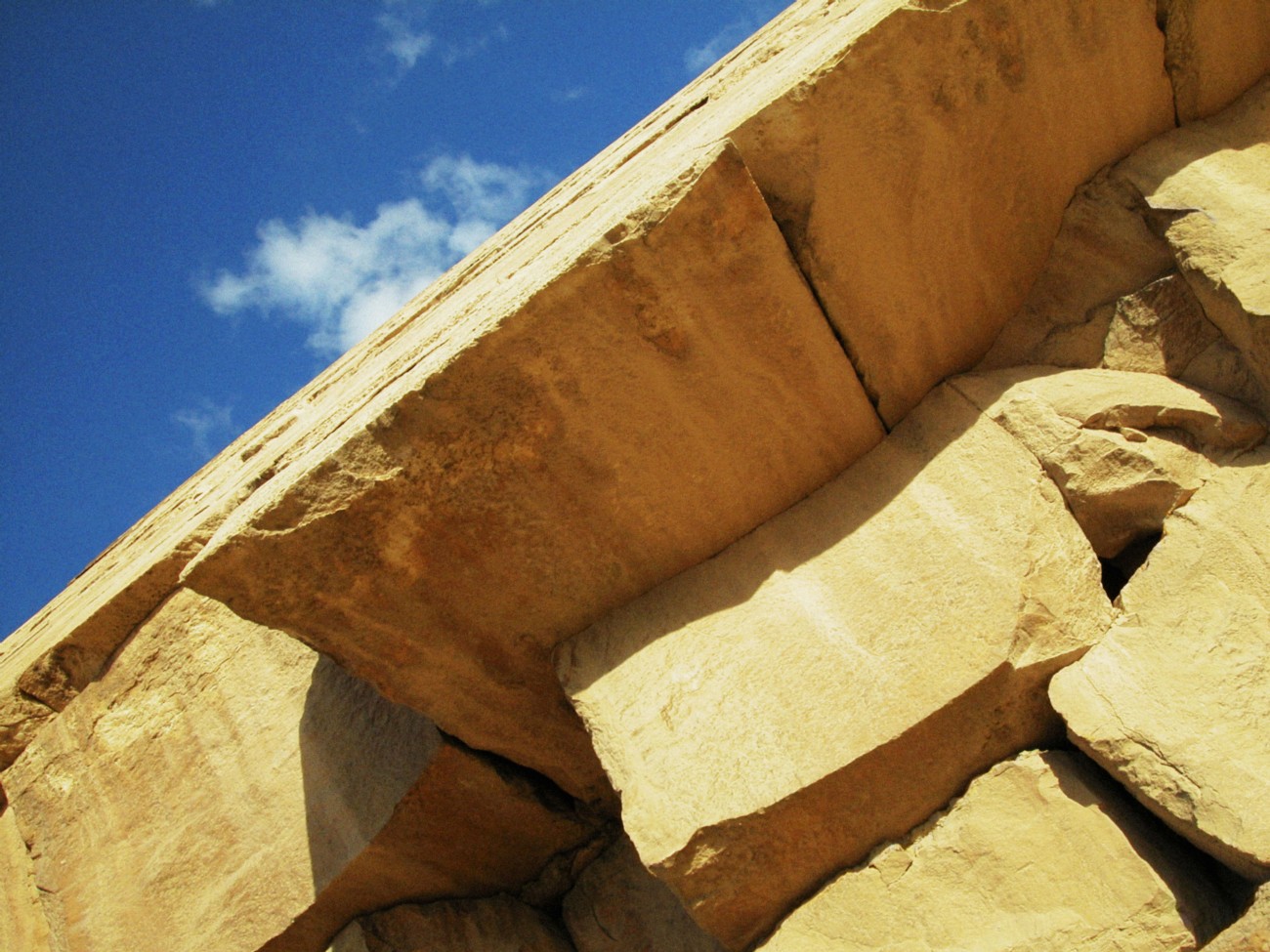 For centuries, we’ve assumed the great pyramids of Egypt were built by slaves who had to drag every monolithic block to the site from quarries. But now scientists have shown that the builders of the Bent Pyramid of Snefru at Dahshour could help us win the race to slash global carbon emissions.

An international team of chemists and physicists, led by Professor Ken MacKenzie of the MacDiarmid Institute for Advanced Materials and Nano-technology at Victoria University Wellington, announced in November that analysis of the pyramid’s outer casing stones revealed instead that they had been cast in place using an early form of concrete.

MacKenzie’s team placed a sample of the casing stone in a nuclear magnetic resonance spectrometer and revealed the detailed nature not just of the nucleus of each atom but, says MacKenzie, “who its nearest neighbour is”.

“We compared silicon spectra from the sample with those of limestone from nearby quarries, where the rock was assumed to have come from,” he says, “but they were quite different.”

He speculates that the ancients instead carried fine lime from the more distant Tura quarry, halfway between modern Cairo and Helwan, across the Nile to the Bent Pyramid site.

The spectral signatures of the silicon,calcium and aluminium atoms in the pyramid sample showed that it had been mixed using burnt lime, and raw calcium carbonate (unburnt limestone) from the more distant Tura region of Egypt. The reaction caused by mixing the burnt lime and diatomaceous earth (material comprised of the silica skeletons of long-dead marine creatures called diatoms) created a calcium silicate gel that bound the mortar together.

“This reconstituted stone would be the earliest form of concrete we know,” MacKenzie says.

“It would have been much easier to carry smaller quantities of this material to, and up, the pyramid than drag heavy blocks.” He points out that once blocks were in place, the early plasterers would only have needed to build form ­work on two planes to pour the next.

MacKenzie doesn’t believe that all the blocks of the Bent Pyramid were necessarily cast this way, just the outer ones. Other evidence appears to rein­force his findings: a close look beneath the pyramid’s casing stones revealed a very close fit with those beneath, with each bottom surface feature mirrored in the top face of the stone below. “You could never have carved such a glove-like fit,” he says, “but it would happen automatically if they had been poured in place.”

MacKenzie is now keen to find out if it’s possible to “retro-engineer” this early pre-mix concrete. “It would have enormous environmental benefits,” he says, adding that manufacturing a tonne of modern Portland cement creates 900 kilograms of carbon dioxide emissions, as the limestone is burnt at 1600°C. The Egyptian pre-mix recipe requires much less burnt lime and it’s combusted at lower temperatures—around 950°C.

“Often,” he says, “the simplest solutions are the best. If we could develop a low-energy cement, we’d really be in business.” Given that the Tura cement has lasted 2600 years, it could be a lead contender.