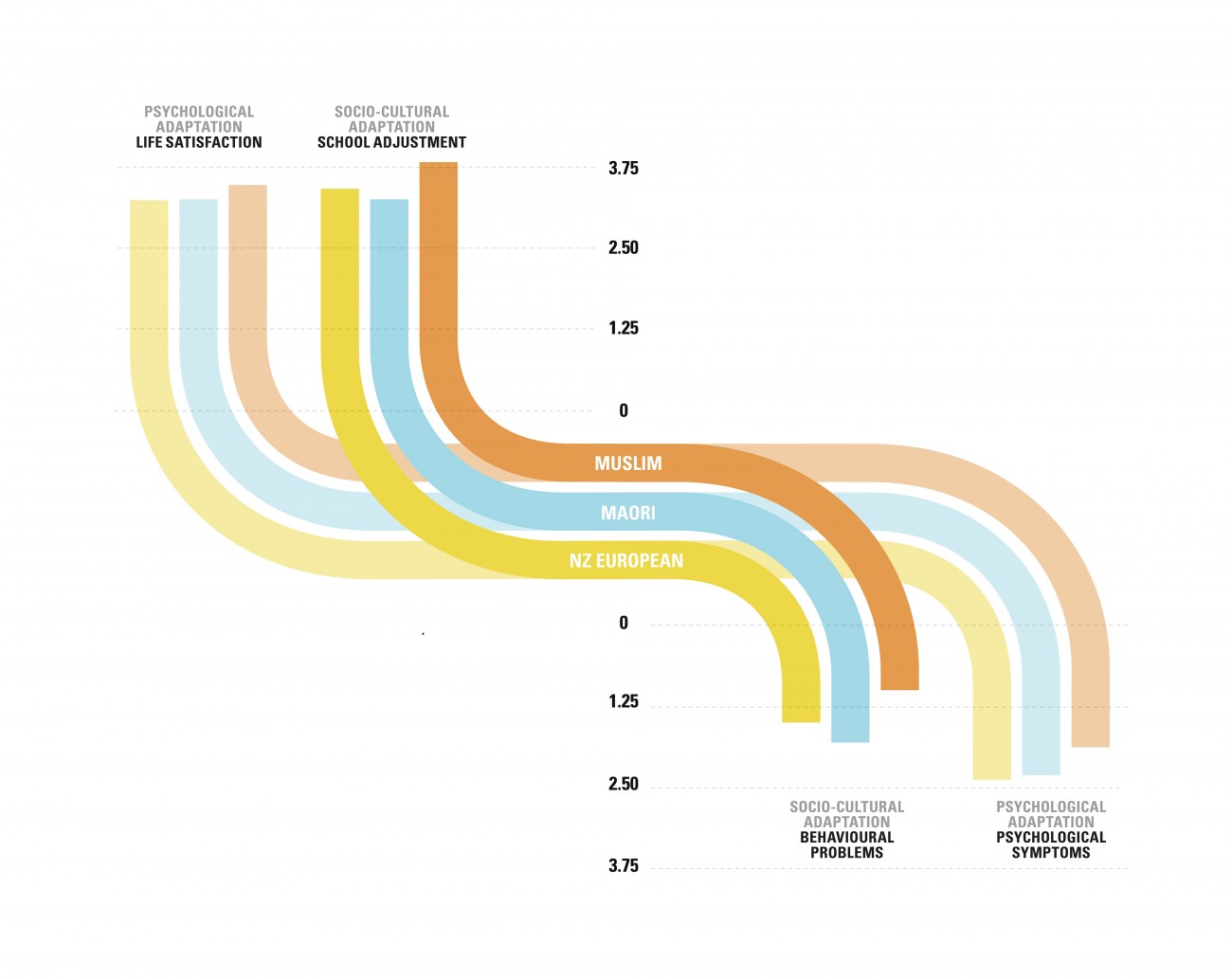 Young Muslim immigrants adapt well to New Zealand life, a Victoria University study has found. So well, in fact, that they recorded a more positive attitude than Maori and Pakeha, said study author Professor Colleen Ward of the Centre for Applied Cross-Cultural Research.

Despite the challenges of belonging to a religious minority, the 180 Muslim youths aged 13 to 19, who were involved in the study scored highly on life satisfaction, psychological symptoms, school adjustment and behavioural problems as indicators of psychological and social well-being.

Ward said that young Muslims strongly identified as New Zealanders, and their religion, combined with strong family support, helped them to adapt. New Zealand’s relative tolerance and multicultural environment also helped, allowing them to integrate while retaining their culture rather than pressuring them to abandon it, as had happened in some other countries.

“Immigrant and minority youth thrive when they are able to maintain their religious and cultural traditions and participate in a fair and equitable way in New Zealand society. Integration is beneficial for individuals, communities and wider society,” Ward said.

The study was part of a 13-country survey of well-being and identity, and drew on previous studies of New Zealand teens for comparison.