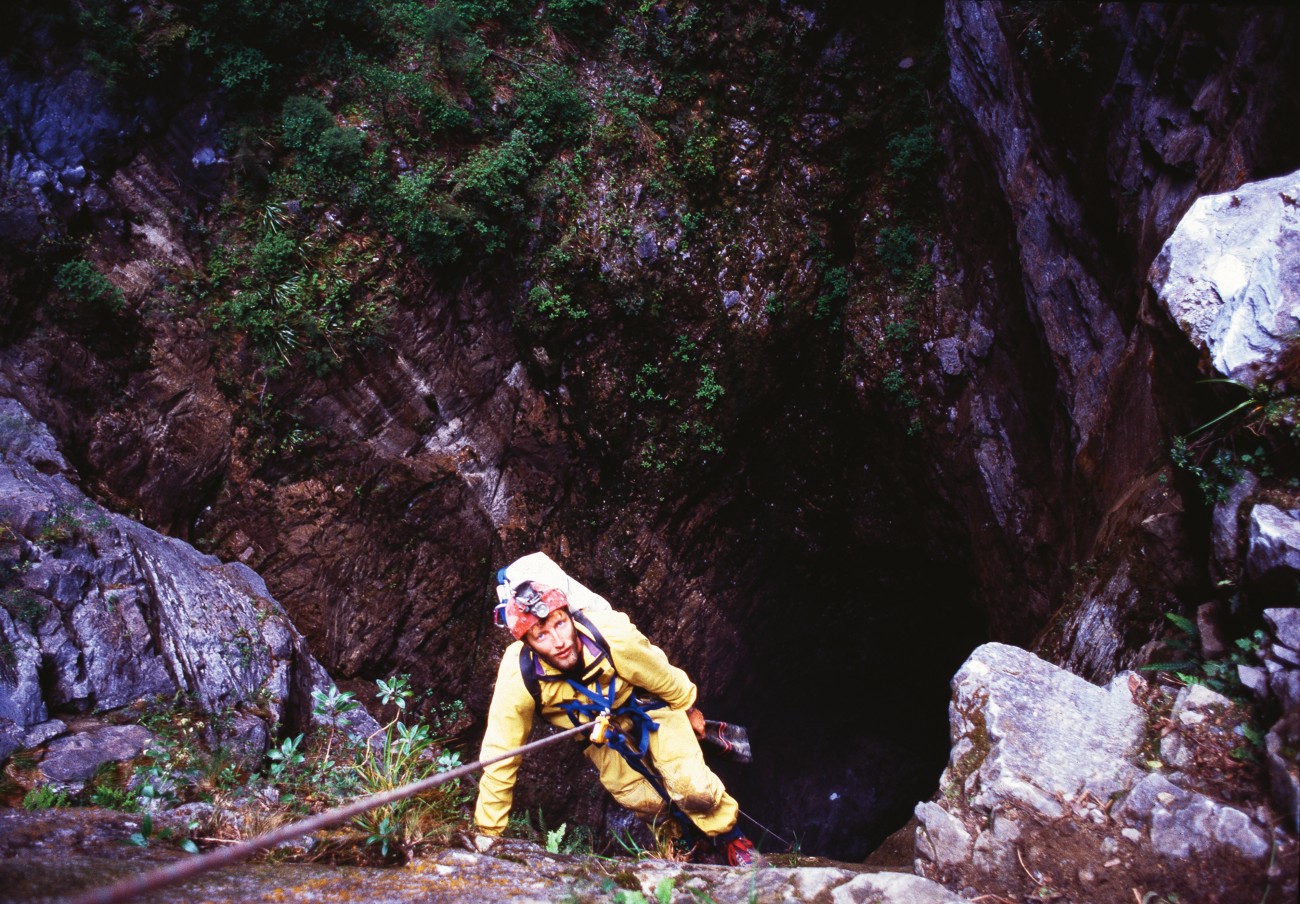 Travel brought him to New Zealand where he fell into an eclectic mix of vocations, in­cluding professional diver and high-rise win­dow cleaner—applying industrial abseiling methods as required. As a freelance cam­eraman, Derek’s full-immersion tendencies earmarked him for “2nd Unit” footage (ac­tion sequences). But his ambitions always lay in writing, which came to proper fruition in magazine assignments and his flyfishing sto­ries: The Trout Diaries (to be published by Batemans later this year).

Following this entrée, he readily took on nerve-jangling assignments such as photo­graphing an ascent of the Kaipo Wall (issue 33, 1997) and abseiling down Harwoods Hole for a spelunking special (issue 34, 1997). Forty stories later, we are still enter­tained by his unique perspectives.

In this issue, Derek teamed up with pho­tographer Giora Dan to get inside the lives of volunteer firefighters. Derek often includes himself in the story “But here I decided that the the gonzo approach would take up too much story, and these guys are so amazing I want every word to be about them.“