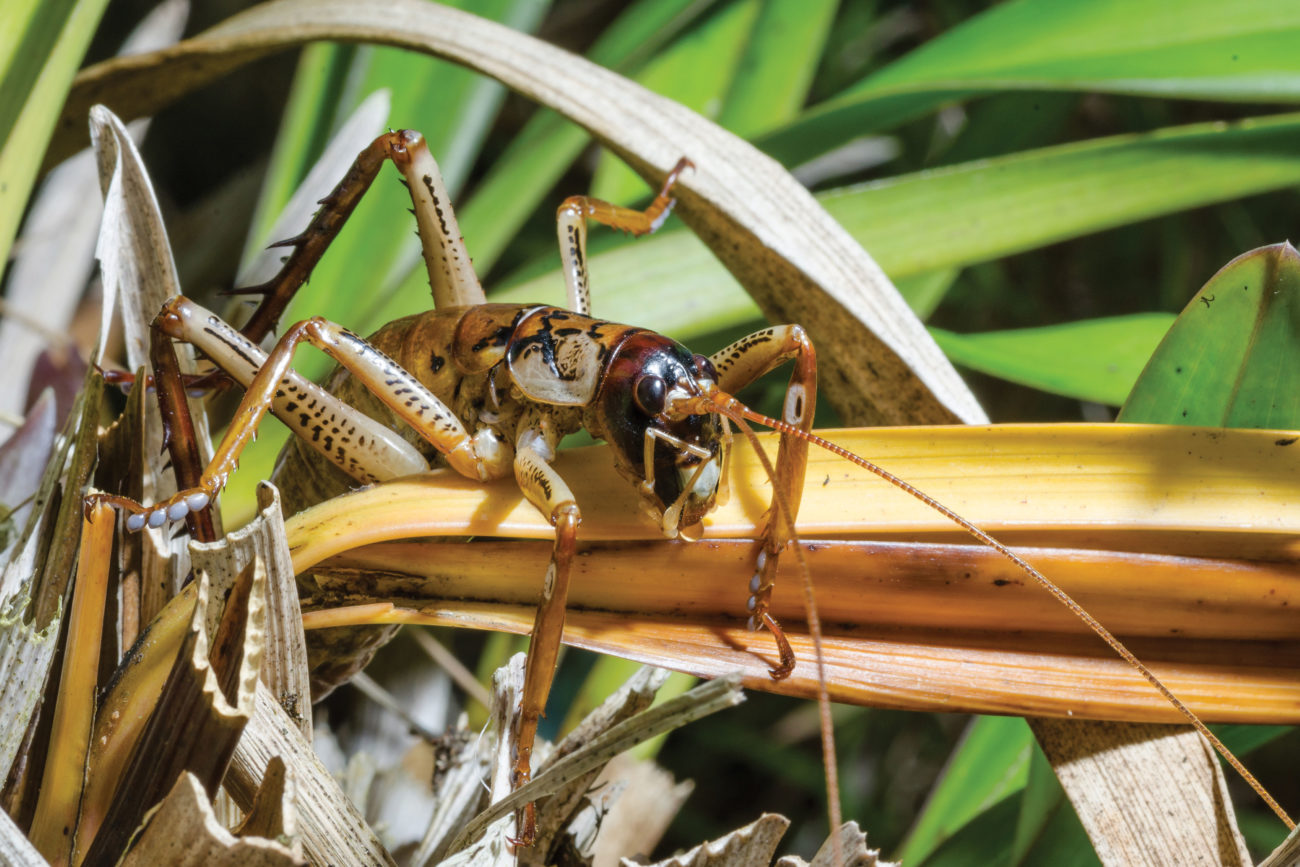 A common pesticide appears to make tree wētā sluggish and shy, according to a study by Adele Parli, a master’s student at the University of Otago. Parli looked at the effects of the rat poison brodifacoum on Wellington tree wētā.

Baits designed to kill mammals don’t kill invertebrates, according to current research, but it’s not known whether these poisons affect invertebrates in other ways.

Parli’s study showed wētā found the brodifacoum baits appealing, and those that ate the baits came out of their refuges more often, and had lower levels of activity, less boldness and less aggression, compared to wētā that didn’t partake. But it’s not clear whether this is due to the brodifacoum itself, or whether these effects are caused by the cereal mix the toxin is contained in. (It could be that the wētā are stuffing themselves with carbs rather than their usual protein and becoming nutrient-deficient.)

Without brodifacoum, many more wētā would be killed by rats or stoats. But behavioural ecologist Sheri Johnson suggests trying to repel wētā from eating the baits: “We need to know more about the long-term consequences of the changes in behaviour we observed.”