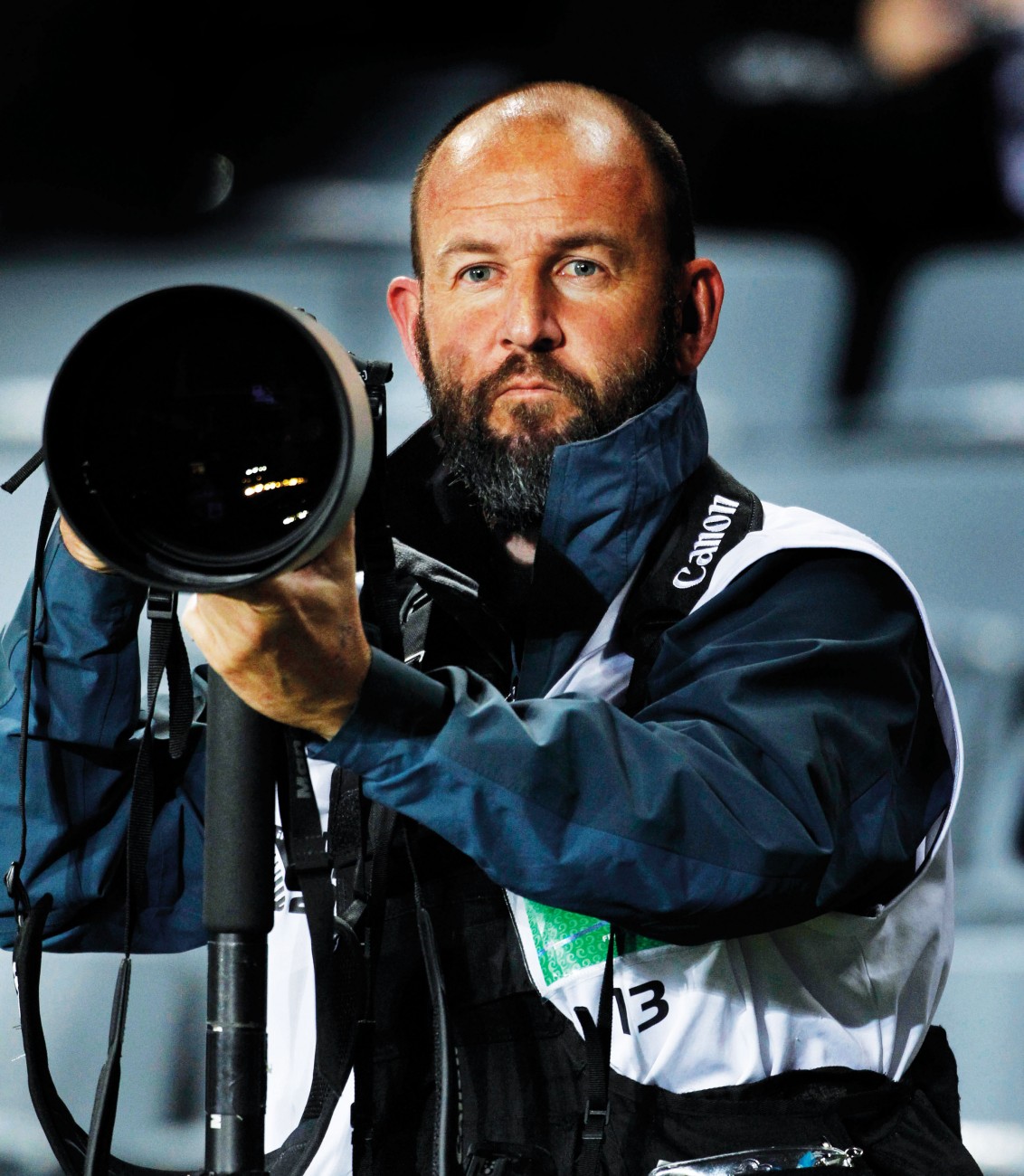 In 1993 Brett Phibbs began shooting for the New Zealand Herald. “I love shooting for a newspaper,” he says at a gallery opening in Devonport for his workmate, friend and last year’s New Zealand Geographic Photographer of the Year, Richard Robinson. “There’s something about the speed that you move at. You work hard and fast on one job, then you’re on to something new.”

But despite the rush, a hallmark of Phibbs’ photography is his attention to human detail. He photographed June Hillary, tenderly touching the casket of her late husband at the state funeral in his honour. An immaculate portrait of broadcaster Tony Veitch, charged with assault, riddled with angst, contemplating an imminent press conference. A 100-metre hurdler frozen in strain and motion over the gates at the 2010 Commonwealth Games in Delhi. A wicketkeeper and a salvo of slips poised in whites upon Eden Park’s verdant pitch. They are studies of still life, even as it hurtles past.

But if professional circumstances demand that Phibbs stand behind a cordon of security with a gallery of his media contemporaries, his natural inclination is quite different. When given the freedom, Phibbs’ default setting seems to be close and wide. He stands inches from his subject with his widest lens on its widest angle, evaluates natural light, composes—his subject artfully offset—and shoots, point blank.

“Zoom lenses make you lazy,” he says. “You don’t move towards your subject or engage with it.”

His most widely circulated image is arguably that of protester—later MP—Sue Bradford, being hauled by police from a demonstration by her ears. It was a frame he had anticipated, even if Bradford hadn’t, and had positioned himself right next to her.

Phibbs’ poignant and sometimes gruesome images of the 2009 Samoan tsunami exemplify this approach, revealing both the horror of the event and the human emotion surrounding it. In one frame the corpse of a young girl lies muddy and limp at the feet of workers and military personnel in the tray of a ute. Her grandfather and another family member bless and farewell her. It was a photograph he shot with camera in hand and arm extended above his head.

“You can always take beautiful pictures of horrific things,” says Phibbs, at pains to point out that photographers are not immune from suffering that comes natural disasters.

Though almost all of his photography to date has been for a daily newspaper, Phibbs remains determined that motivation for the art of photography can only ever come from within.

“It doesn’t matter which publication you’re shooting for,” he says, “you only ever shoot for yourself, because it’s your name under the photograph.”